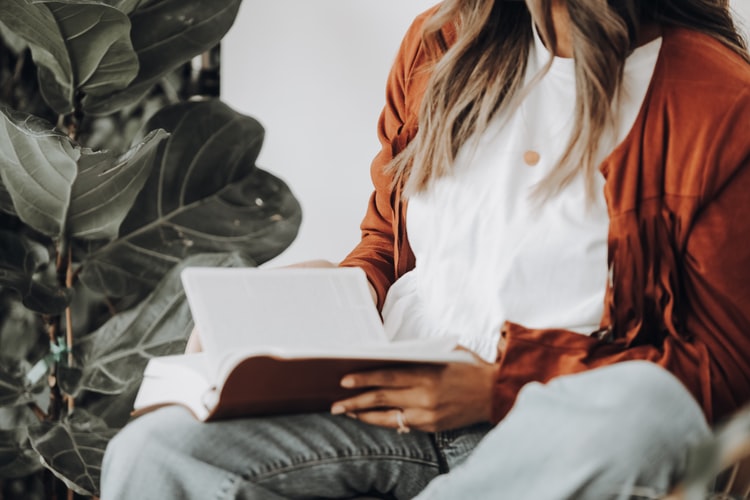 If I really have to think about it literally every month for me is Latinx Month (AKA Hispanic Heritage Month). But this month of September is incredibly exciting because there are so many amazing new releases coming out in celebration of Hispanic Heritage Month, and I am ready to abandon my TBR book cart and delve into these new releases like ahora! I am so excited about these new releases because many of them have great Latinx representation. In these books, there are characters who are half-Guatemalan and half-Salvadorian, Afro-Latinx, and one delves into trans-Latinx identity. The Latinx community is not a monolith, and we need to represent books with a variety of Latinx identities, and I am so happy to feature a book list that does just that. 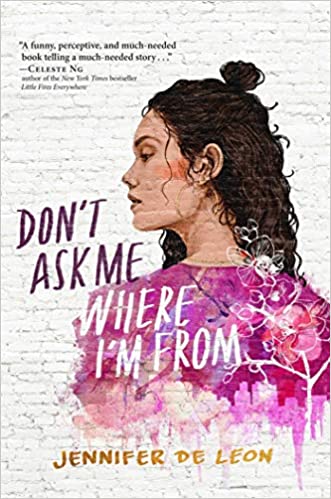 Lilliana Cruz is a first-generation Latinx, and she is half-Guatemalan and half-Salvadorian. A lot is going on in Lilliana’s life with her best friend, who is too busy with her new boyfriend and her dad takes off once again. She is going to an inner-city high school where almost everyone in her school is a person of color. Until her whole life gets turned upside down when she found out that before her dad left, he signed her up to a school desegregation program called METCO. Now she is in a predominantly white school, and she struggles to define her own identity. Now Lilliana feels the pressure to deny her own culture and become more white to fit into her school. Until she figures out the truth about her dad and how he took off because he’s undocumented, and he’s been deported back to Guatemala. Lilliana is done with denying who she is, and she is ready to show others where she is really from.

This book sounds like the perfect story for anyone that has grappled with identity and where they are from. 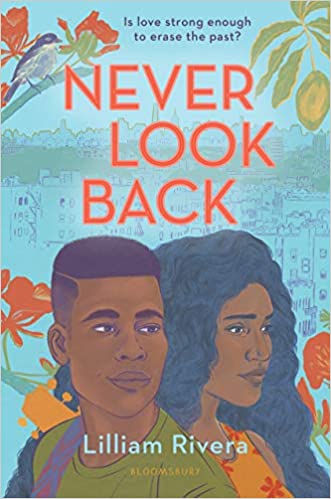 Never Look Back by Lilliam Rivera

Never Look Back has Afro-Latinx characters, and it is an own voices retelling of the Greek myth Orpheus and Eurydice. In this magical realism story, Eury comes to the Bronx after the devastation of Hurricane Maria in Puerto Rico. Eury is traumatized and heartbroken after the tragedy in Hurricane Maria until she meets Pheus, who is described as the “bachata-singing charmer.” Pheus plans to relax with friends and spend his summer on the beach until he meets Eury, and all he wants to do is make her smile. Eury and Pheus must fight to stay together when the world tries to keep them apart.

Never Look Back literally has everything I love in a Latinx book with current events, romance, and magical realism infused into it! Lilliam Rivera’s book sounds like it will be one of the most fascinating reads of the year. 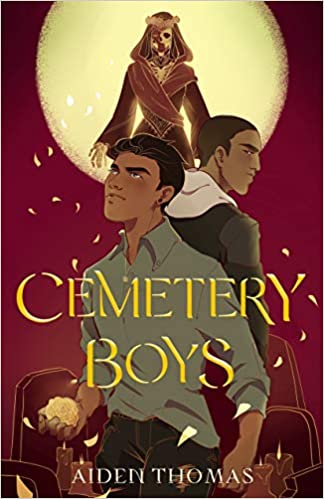 Yadriel has problems with his old-school Latinx family in accepting his gender, and with the help of his cousin Maritza, he performs a ritual to find the ghost of his murdered cousin to set free and prove that he has real brujo skills. Unfortunately, he summons the wrong ghost, Julian Diaz, the school’s ultimate bad boy. Julian Diaz wants to handle some unfinished business, and Yadriel decides to help him. Until Yadriel realizes that the more he spends time with Julian, the more he isn’t ready to let go just yet.

There is a lot of hype behind Cemetery Boys, and the synopsis of this book is the kind of hype I can get behind. Nothing makes my Latinx heart happier than a book that explores trans-Latinx identity, Brujeria vibes, and I am all about falling in love with a ghost trope. Cemetery Boys is the perfect book to read to gear up for Halloween festivities! 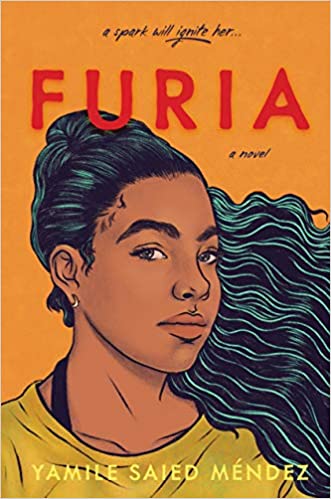 In this YA set in Argentina, a rising soccer star named Camila Hassan is struggling with family expectations and her dream of playing soccer professionally. At home, she is expected to live up to a sexist, patriarchal standard, and her parents don’t believe that girls should play futbol. On the soccer field, she is known as La Furia because of her badass soccer skills. When Camila’s team gets the approval to play for the South American tournament, she dreams about getting an athletic scholarship to a North American university. Life gets more complicated when Camila’s former love Diego, an international futbol star, returns to town. She refuses to give in to her feelings and concentrates on her own ambitions. Throughout all her struggles, Camila has no choice but to face her secrets and figure out her path in a place that doesn’t support her hopes and dreams.

As a Latina, I have experienced the sexist standards that are very common in the Latinx community. There are many feminist books out there, but many of them are more in the lens of a white cisgender woman, and I am thrilled to read Furia in the Latinx feminist perspective. 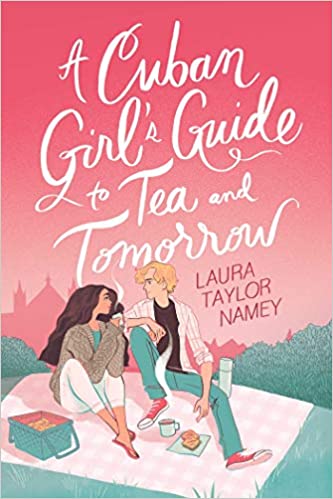 Lila Reyes is the ultimate pastelito queen and, she is excited to inherit her family’s Miami bakery with her sister Pilar. Until Lila’s life starts to unravel when her Abuela dies unexpectedly, her best friend ghosts her, and her boyfriend breaks up with her. Her parents are concerned and decide to have her spend the summer in their Winchester, England inn. Lila is devastated and gets homesick for her home in Miami and longs for Cuban baking alongside her Abuela. Until a cute British boy named Orion Maxwell walks into Lila’s kitchen with a delivery from his family’s tea shop. At first, Orion irritates Lila to no end, but soon they become friends, and he introduces her to his friends while gobbling up her Cuban food. Lila is intrigued by his knowledge of superstitions, and the fact that he owns a vintage motorbike doesn’t hurt. Then Lila learns that Orion’s mom has early-onset Dementia, which makes her realize that he can relate to the pain of loss as well. Suddenly Lila finds herself caught between two different worlds when she has to make a tough decision between a once in a lifetime opportunity in London (With a cute boy nearby.) or continue her Abuela’s legacy as planned.

Growing up in a Cuban family, books with Cuban food, especially pastelitos, are usually an auto-buy for me! In this YA Contemporary, I am very intrigued to read how Lila, a Miami girl, spends her summer in a place entirely different from where she grew up and how she handles the pain of experiencing so much loss in her life.

Alexandra Someillan is a quirky cat lady who reads mostly contemporary romance and young adult. She is obsessed with teen soap operas and lives in a perpetual state of 90's nostalgia...
All Posts
PrevPreviousTrope Rec Tuesday: She’s Grumpy, He’s Sweet
NextLooking to Get into Novellas? Start HereNext