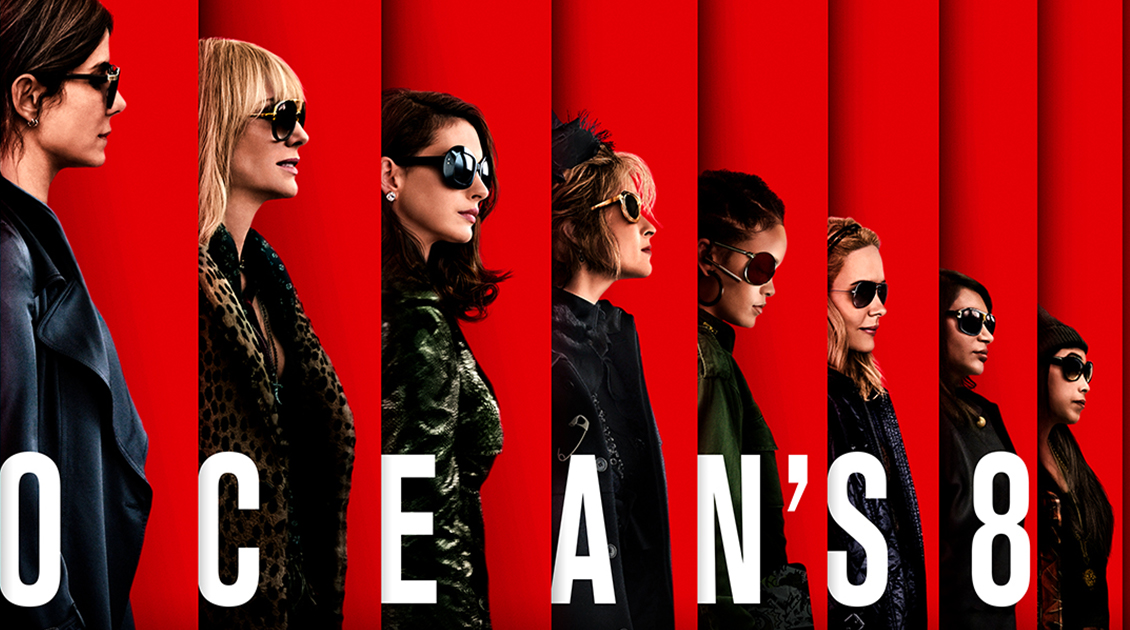 Move over, Danny Ocean! Thanks to this summer’s highly anticipated Ocean’s 8, there’s a new crew in town — headed by Sandra Bullock’s Debbie Ocean. Debbie’s spent almost six years plotting a massive heist at New York City’s annual Met Gala — and she won’t need nearly as many people as her infamous brother did for his operations. She recruits a team of experts played by Cate Blanchett, Mindy Kaling, Awkwafina, Sarah Paulson, Rihanna and Helena Bonham Carter. Their target? The necklace worth more than $150 million that socialite Daphne Kluger (Anne Hathaway) will be wearing to the ball. The classic caper set-up and all-star cast adds up to a surefire hit — and hopefully a successful score!

If Ocean’s 8 sounds right up your alley, you might enjoy books with similar themes. Here are eight romances with larcenous ladies living on the edge! 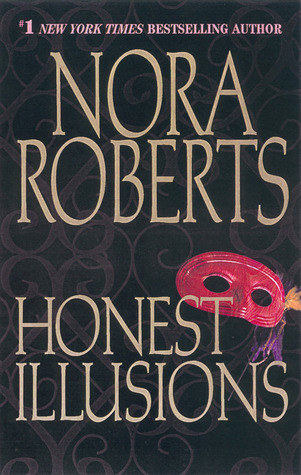 Luke Callahan and Roxy Nouvelle are world-famous magicians—and expert jewel thieves. In this sweeping saga that covers their tumultuous childhoods on the carnival magic circuit and their equally dramatic present-day, their biggest and most dangerous score is the one that will finally free them to love. Like any good soap opera, this old-school romance has a little of everything—blackmail, tragic pasts, politics, multiple heists, and passionate protagonists. 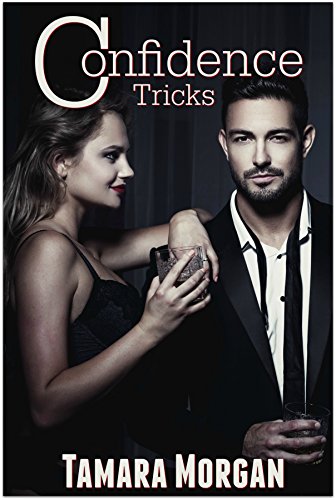 In this witty, charming, contemporary romance, con artist Poppy Donovan’s pulling one last job to help her family when the necklace she’s angling for gets stolen by playboy Asprey Charles. Asprey’s instantly head-over-heels — literally — from the minute Poppy puts her stiletto to his throat, and what ensues is the perfect intersection of con game and comedy. Pick up Morgan’s Penelope Blue series, too! It features a jewel thief heroine and her oft-exasperated but definitely besotted FBI agent husband. 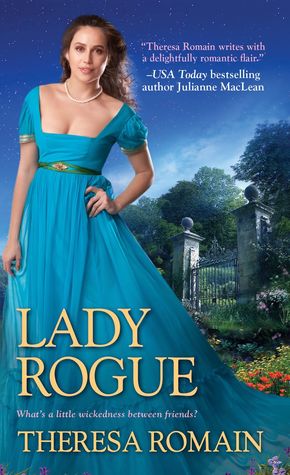 What do you do when you discover that your late husband was involved in art forgery and one of the paintings is prominently displayed in someone’s house? If you’re Lady Isabel Morrow, you try to steal it back—with the help of a hunky Bow Street Runner who gave you one unforgettable night of passion! Whether it’s casing the mark’s house, figuring out how to distract his large dogs, or falling deeply in love, there’s nothing this duo can’t handle as long as they’re doing it together. 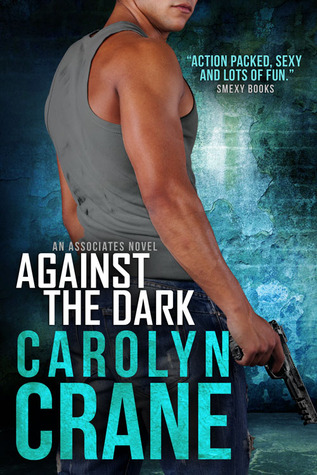 Against the Dark by Carolyn Crane

Retired safecracker Angel Ramirez is happy with her life as an interior designer, but she gets dragged back into the game for one more gig with her old girl gang. After the job goes sideways, mysterious security guy Cole Hawkins tracks her down and blackmails her into posing as his girlfriend — and busting into an underworld kingpin’s supposedly impenetrable safe. So, you know, all in a very dangerous day’s work! 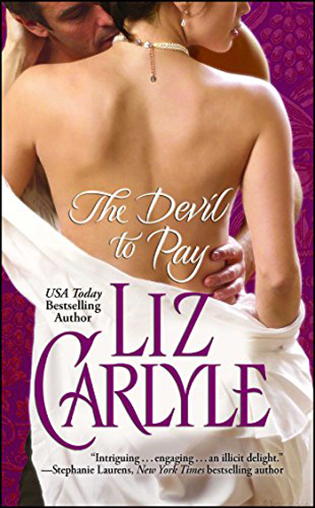 The Devil to Pay by Liz Carlyle

Sidonie Saint-Godard moonlights as a cat burglar called the Black Angel, exacting revenge from men who’ve done harm to innocent women and children, in this historical romance from 2004. When the Black Angel ties the Marquess of Devellyn to his bed and robs him of a prized possession, she’s hit the wrong mark…but the right target for love! Devellyn finds himself falling for both his late-night captor and the sweet widow Sidonie. As for Sidonie, she must decide if she’s hanging up the Black Angel’s wings, or taking flight with her one true match. 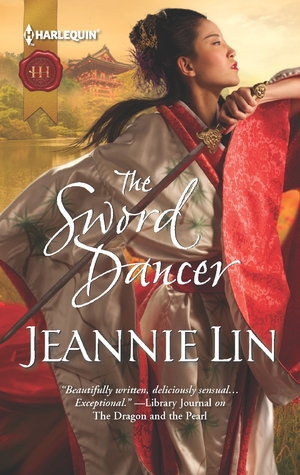 The Sword Dancer by Jeannie Lin

Renowned thief-catcher Han won’t rest until he captures Li Feng, a skilled sword dancer and occasional thief who he believes was involved in a massive jade heist. Li Feng is a woman on a mission, carrying jade that holds the key to her past, and she’s as determined not to be caught as he is determined to catch her. Their tension-laced, action-packed, cat-and-mouse game can only end one way — in united purpose and united hearts — and Jeannie Lin pulls it off exquisitely! 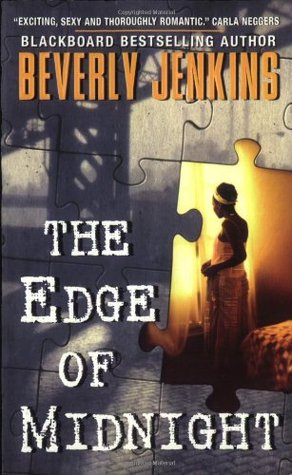 The Edge of Midnight by Beverly Jenkins

Did you know beloved historical romance author Beverly Jenkins also writes romantic suspense? In this 2004 thriller, heroine Sarita Grayson is forced to steal diamonds for a crime lord and unwittingly lands in in the middle of covert operative Mykal Chandler’s sting operation! Naturally, she also lands between his sheets—but not before she puts a bullet in him by mistake. Gotta love those potentially deadly meet-cutes! (And speaking of deadly, Jenkins’ Deadly Sexy is being made into a movie! Read more about that here.) 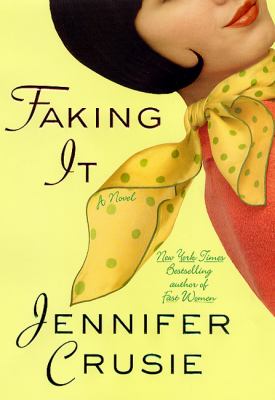 Faking It by Jennifer Crusie

Tilda Goodnight and Davy Dempsey both come from delightfully crooked families. Despite dreams of going straight, they can’t seem to stay out of trouble—or the same closet during simultaneous burglary attempts. There’s nothing like a little art forgery and theft to bring an ethically flexible duo together, right? Faking It is a rom-com caper with awkward sex, grumpy hitmen, quirky relatives, and an adorable dachshund—and it’s guaranteed to steal your heart. 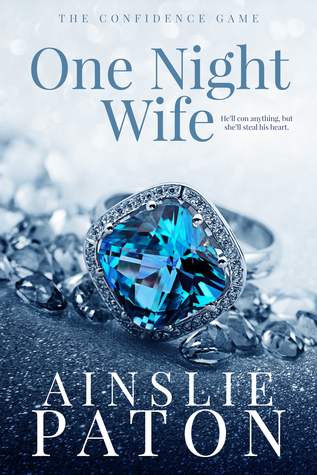 One Night Wife by Ainslie Paton

Desperate to raise funds for her charity, Finley Cartwright hopes “power jerk” and supposed venture capitalist Caleb Sherwood is the answer to her prayers. Turns out, she’s the answer to his — the perfect partner to help fleece corrupt rich criminals and give back to social justice causes, Robin Hood-style. But things start getting real in their fake relationship when Caleb’s true nature comes to light. Will Fin get on board—or jump off the ride just as it’s getting good? Find out in One Night Wife!