Unless you lack access to a television or social media, you’re probably familiar with The Bachelor franchise, ABC’s incestuous family of reality television shows chronicling single people’s quest for true love—or, in some cases, notoriety and international travel. In fact, many of us are card-carrying members of “Bachelor Nation,” the nickname ABC uses to identify the over seven million avid viewers of its flagship show and spinoffs. Whether you’re a true fan, a hate watcher, or a conflicted watcher like me, you simply cannot deny the shows’ mass appeal. Which made me wonder how many of these viewers are also fans of the romance genre. Spoiler alert: I don’t know the answer. But for those members of Bachelor Nation needing a nudge in Romancelandia’s direction, I’m sharing my top reasons they should be reading romance as well.

1. Romance will eviscerate its detractors.

It is a truth universally acknowledged that any form of art or entertainment with a female-centric audience receives more than its fair share of scorn from self-appointed arbiters of cultural value. A Bachelor fan, then, comes to the romance table already suited with the necessary armor to enjoy the genre while giving zero f*cks about others’ opinions about it. But here’s the bonus: Romance lovers stand ready to slay anyone who misrepresents or ridicules the genre, not because those faulty opinions matter, but because it’s an opportunity to attract even more lovely readers once the record is corrected. Want proof of this phenomenon? Read any misguided think-piece about the genre and witness the thoughtful (and often blistering) responses that follow. In other words, if you bring the armor, Romancelandia will provide the swords.

2. Romance readers get to choose their protagonists and the worlds they live in.

One of my biggest issues with the Bachelor franchise is its homogeneity and heteronormativity. More likely than not, the final pairing in any season will be a white man and woman, both of whom are cishet, come from middle-class backgrounds, reside in small towns, and work at dental offices. As to the last feature, I kid. Sort of. The reality is this, though: ABC didn’t cast a black Bachelorette until the show’s 13th season—we love you, Rachel!—and it has never featured a same-sex couple. Romance novels fare better than the franchise on this score; they feature main and supporting characters of various races and ethnicities, gender identities, gender expressions, sexual orientations, mental and physical abilities, economic backgrounds, and more. And if you’re still pissed Wills didn’t get a hometown date, check out wocinromance.com, where you’ll find no shortage of stories in which men of color earn their well-deserved happy endings.

3. You want tropes? We’ve got tropes.

By now you’re probably aware that the next Bachelor is Colton Underwood, a 26-year-old Illinois native who says he’s a virgin. Maybe I’m being too cynical about this, but I suspect Colton’s virginity played a big role in his selection. After all, sexually provocative conversations are a mainstay of the Bachelor enterprise, and I imagine repeated discussions about Colton’s virginity is precisely the kind of content ABC wants. Fair enough. But if virgin heroes is your type of content, no one in Romancelandia’s going to yuk your yum; instead, we’ll give you tons of recommendations to fit that trope, or just about any other trope you can think of.

4. It’s less destructive to throw a paperback or e-reader against the wall than it is to smash your television.

People in love—or lust—often make bad choices. Romance authors rely on these bad choices to create tension and conflict in their stories; ABC relies on these bad choices to keep viewers glued to the TV. Whether you’re watching The Bachelor or reading a romance, chances are high that you’ll be frustrated by people doing stupid sh*t. And when that happens, it’s safer and less expensive to throw your e-reader against the wall than to smash your TV with a baseball bat. Um, I’m not the only one who does this, right?

The Bachelor franchise isn’t shy about sharing salacious and hilariously awkward content. I mean, c’mon, Season 21’s Corinne Olympios famously observed that although her “heart is gold,” her “vagine is platinum.”

Still, network television has its limits, and showing (in explicit detail) what really happens during an overnight date in the fantasy suite is one of them. Romance novels aren’t similarly constrained, so if you’re looking for steamy content, we got you. By the same token, if you prefer no references whatsoever to vaginas or penises, euphemistic or otherwise, plenty of romance novels will suit your tastes, too.

Anyone who’s watched an episode of the Bachelorette is familiar with a scene along these lines:

Setting:  Cocktail party before the rose ceremony. The Bachelorette and one of the men are sitting on a couch conversing.

Bachelorette: Did you have fun during the group date?

Guy: I did. I wish it could have been just me and you, though.

Bachelorette:  I know. It’s hard. But I want to give—

Guy: C’mere. *places a hand on her chin and leans in for a kiss*

Wait. What? Dude. Were you even paying attention to what she was saying? And do you care whether she wants to kiss you? This is not how it’s done, folks. And romance writers know this. A first kiss is special. A first kiss requires enthusiastic consent from all parties. A first kiss should leave you breathless and wanting more. Kisses on The Bachelor, however, rarely satisfy these conventions. Good news: Romance has you covered.

7. Romance embraces the “other girls” and more.

By its very nature, The Bachelor and its spawn pit people against each other in a gladiator-style battle for one person’s heart. The show’s premise tends to bring out each cast member’s “competitive nature,” which often manifests itself in two ways: 1) a game of one-upmanship between the people in the house and 2) a campaign by each woman to prove to that season’s bachelor that she is “special” and “not like the other girls.” True, the men sometimes engage in this behavior, but it’s especially rampant amongst the women. If content like this makes you queasy, a romance may be your best cure; plenty of romance writers won’t vilify other women to bolster their heroine. In fact, if you’re moved by the great female friendships that develop over the course of a Bachelor season, you’ll find plenty of that content in romance novels.

8. Romance guarantees the HEA you need—and a proposal may or may not be included.

Watching The Bachelor is an investment of your time and emotional energy. While many of us don’t go into a season expecting a happily-ever-after—to be honest, the high probability of drama is a draw in itself—for some of us, the promise of an HEA keeps us tuned in, and when that promise isn’t kept or when the Bachelorette chooses the wrong guy (e.g., Garrett, ugh), we can’t help being disappointed in the outcome. But with romance, a reader knows the love interests will end up together. Period. And that’s all we need. Seriously, who among us doesn’t need this kind of assurance in 2018?

So there you have it. If you’re a member of Bachelor Nation and you aren’t reading romance, join us in Romancelandia, where happily-ever afters are guaranteed, love is love, and only cakes are moist. 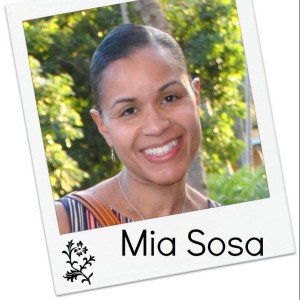