Emmy Nominations 2019: Let’s Hear It For Some Frolic Faves! 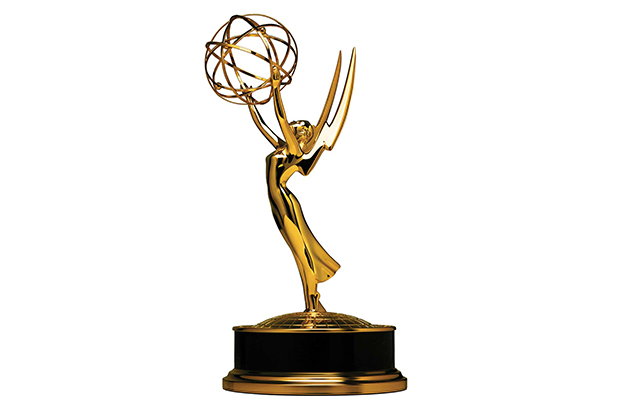 The nominations for this year’s Emmy awards just came out, and Frolic pop culture fans have plenty to be excited about!

Let’s take a look at some of this year’s high-profile nominated shows: from established winners to newcomers that make our hearts happy!

Ah, Veep. It’s fitting that the last season of HBO’s irreverent comedy received so many Emmy nominations this year. Of course, Julia Louis-Dreyfus won many deserved Emmys already for her role as Selina Meyer on Veep. But this year’s crop of nominees also recognize multiple supporting actors, writing and directing, and the show in general as a contender for Best Comedy Series.

Veep is far from its old days as an underdog, but that doesn’t stop its foul-mouthed insult-heavy band of misfits from holding a place in our hearts and award show history!

If I’m honest, this is the show that I am rooting for the absolute most. This is partly due to the fact I’ve already written about Fleabag’s charms. It has wiggled its way into my heart as one of my favorite seasons of television ever. My devotion is even stronger because I just re-watched the second season with my parents. Viewing the show through their eyes as they lived it the first time was such a treat and reminded me of just how funny it is even as I micro-analyzed each piece of dialogue and visual symbolism.

Fleabag’s nominations are also important because they showcase superb work done by multiple talented women. From the fearlessly fabulous Phoebe Waller-Bridge to the supporting actresses like Olivia Colman and guest actresses like Kristin Scott Thomas, Fleabag’s awards nomination legacy will be one of amazing women.

The only drawback is that The Priest (who we at Frolic have appreciated in a separate post!) didn’t get nominated. But he’s a winner in all of our hearts, troubled soul that he is.

There’s so much to love about Amazon’s candy-colored look at a woman in the 1950’s who is trying to make it in comedy! The dialogue is quippy, the direction is gorgeous, the subject matter is retro and relevant all at once. This series was one of Jillian’s faves of 2018 and also got some much-deserved adoration in Frolic’s fangirl corner.

Once again, The Marvelous Mrs. Maisel has earned its place at the awards show table with nominated performances by Rachel Brosnahan and Alex Borstein and two nominations for episode direction in its elevated second season.

Even if Fleabag has my heart, there’s a major part of me that’s also rooting for Schitt’s Creek as the little show that could. I’ll be honest: Much like the Emmy voters, I ignored the show at first based on its premise and low profile, even as my parents were ahead of the curve in discovering and recommending it to me.

But thanks to Netflix, Schitt’s Creek  became a bingeable hit that won tons of viewers over including Frolic’s Carrie Ann Ryan. It’s even one of my personal favorite comfort television shows that I can turn to again and again!

Now, Schitt’s Creek is getting earned praise as it’s nominated for Best Comedy along with its stars Eugene Levy and Catherine O’Hara. If she wins, do you think it’s too much to hope that Catherine O’Hara will accept her award in character as Moira Rose?

As it walks the tightrope between cerebral and heartfelt, it’s no wonder that The Good Place received a few major nominations for this year’s Emmys. NBC’s heavenly (ha!) comedy includes some of the most unique performances and storylines on television today. This is another show that’s near and dear to my heart, because I’d argue that love is a significant driving force for the show’s general philosophy about humanity. It’s only right that The Good Place was nominated along with its lead actor, Ted Danson.

Even though the remarkable D’Arcy Carden wasn’t nominated for her role as Janet, the writers of The Good Place episode “Janet(s)” did receive a nomination for the half hour that played with the show’s form and showcased Carden’s range. Maybe next year our favorite not-a-girl-not-a-woman-not-a-robot will receive the love she deserves from the Emmy committee.

These are just a few Frolic favorites that we’re celebrating thanks to this year’s Emmy nominations. However, numerous other performances and incredible works of television are receiving acclaim. Are there any nominations that you’re particularly excited about? Who would get your vote in the Lead Actress In A Comedy category (arguably the tightest race this year)? Reach out to @onfrolic to tell us your thoughts!

Erin Phelps is a lover of swoony romance novels, superb television and movies, and splendid comedic podcasts! In addition to writing for Frolic, Erin works at a fun customer service-oriented job at a salon. Sometimes, she can even be found teaching Women’s and Gender Studies at her local college! Her love language is well-constructed pop culture references and her favorite treat is a caramel latte.
All Posts
PrevPreviousDukes, Millionaires, Leonardo DiCaprio and Other Attractive Things
NextDaily Frolic: Read Miley Cyrus’s Hilarious Area 51 TweetNext