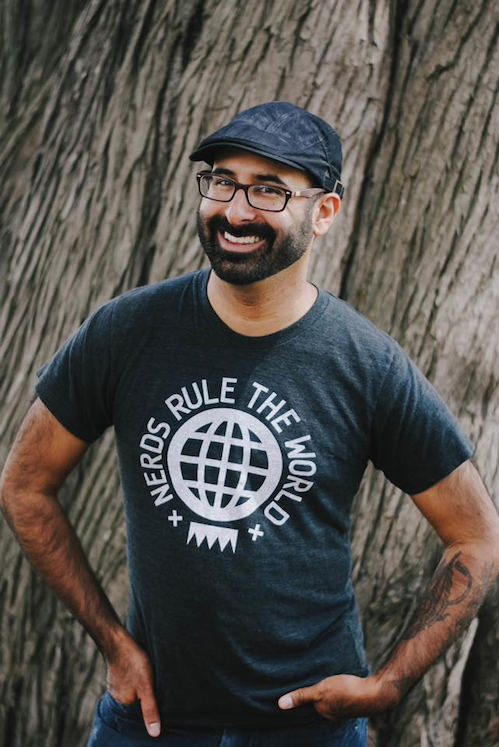 [Note From Frolic: Our resident YA expert Aurora Dominguez got the opportunity to interview author Eric Smith and ask him five(ish) questions. Eric’s novel ‘Don’t Read the Comments‘ is out January 28th!] 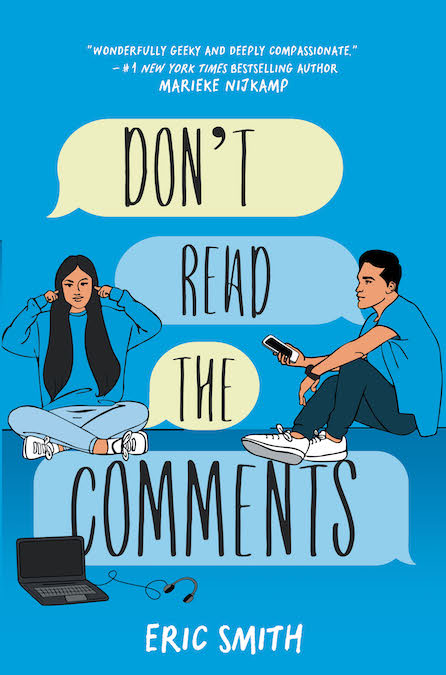 Eric Smith: There were a lot of things, really. My wife and I had just moved away from Philadelphia, to try living in a few new places, and had settled down in Richmond, Virginia. All my friends suddenly became virtual! I spent a lot of time on Facebook Messenger and Google Chat and every other means of digital communication staying in touch with them.

Around the same time, a sweeping campaign of harassment against women, people-of-color, folks in the LGBTQ+ community was happening in the realm of video games. It had gone full swing the year before, was all over the news, and it was horrifying. I saw a lot of friends find their digital spaces being taken from them. It was a siege.

What would it be like, to have the place I’ve come to think of as safe… get taken from me? At a time when I was so far removed from many of the people I cared about? That, as well as my own experiences with online harassment and my childhood of loving video games, drove a lot of the story in Don’t Read the Comments.

Definitely Aaron. Any of my close friends or family who pick up the book will see a lot of me in him, from how he gathers scrap computer parts to build his own monster PC (something I did in junior high and high school, much to my parents displeasure) to how he wants to be a writer despite a lack of support… that’s all me right there.

He also means really well and stumbles a lot, which I certainly did in high school and even now, as an adult. We all do. He grows from those experiences, and I hope that I have too.

I think strong and relatable characters are always going to have a spotlight, particularly for readers who are maybe wrestling with the issues the characters themselves are struggling with. I mean, that’s the magic of books, right? Seeing yourself in a character who is fighting against something you’re afraid of and finding that seed of bravery you’ve always had that needed that specific bit of nurturing.

We live in frightening times. There’s always something on the news that stokes fear. And while books offer an escape, they also help deliver empathy and strength. Seeing a strong character with a powerful voice might just encourage a reader to use their own.

Please describe the content of Don’t Read the Comments and what can readers expect from the read.

So in Don’t Read the Comments, readers are going to meet Aaron and Divya, two teens in different states who love video games, and find themselves under siege because of it. Aaron wants to write stories for them, and Divya is a semi-famous streamer, using the funds she manages to make to help her struggling single mother with rent and college fees.

When the two meet in Reclaim the Sun, a sci-fi MMORPG along the lines of World of Warcraft, Eve Online, and No Man’s Sky mashed together, their lives start to change as they get closer. And when the cyber trolls who call themselves the Vox Populi come after Divya, they’ll have to fight back for the digital space they’ve come to care about.

A good chunk of the book takes place in the video game, shifting back and forth from the real world to the sci-fi gaming landscape, which was a lot of fun to write. I hope readers like the game world as much as the real one!

A couple of fun things! Me and romance writer Summer Heacock have a co-written YA novel coming out in 2021 called Origin Story, with Inkyard as well, that pulls from our lives as adoptees. It’s a wildly personal story about two adoptee teens who meet at an annual meetup, and how their lives collide when one of them decides to find the other’s missing brother… without permission.

It’s a very, VERY messy story, and I really love it.

I also co-edited an anthology called Battle of the Bands with Lauren Gibaldi (who is actually one of my favorite YA contemporary authors, so, cue fanboy screaming). It’s a fun collection of short stories set at a single high school’s battle of the bands night, from a bundle of authors, and all the stories tie into one another in really cute and unexpected ways.

Oh my, that’s a really hard one. In Young Adult books, probably Adam Silvera? I’ve been a fan of his books since More Happy Than Not, and I’ve read everything he’s written since then. He writes these beautifully inclusive novels that play with genre in such smart ways, and I’m just so beyond hyped for his first epic fantasy, Infinity Son. He’s such a great voice in the kid-lit community, and it’s been a real joy watching his publishing career.

Aurora Dominguez is a high school English teacher, college professor and journalist in South Florida. Her work has appeared in The Miami Herald, Where Magazine and J-14 Magazine, all places where she worked as a writer and editor before going from the newsroom to the classroom. Her favorite days are "Caturdays," which she spends with a good book, her husband, Sebastian, and her cat, Luna. Her motto when it comes to reading: "No book left behind!"
All Posts
PrevPreviousFrolic Podcast Network Weekly Wrap-up: Hades/Persephone, 2020 Reads and More!
NextLove YA: Top 3 Y.A. Reads for the Week of January 28th!Next