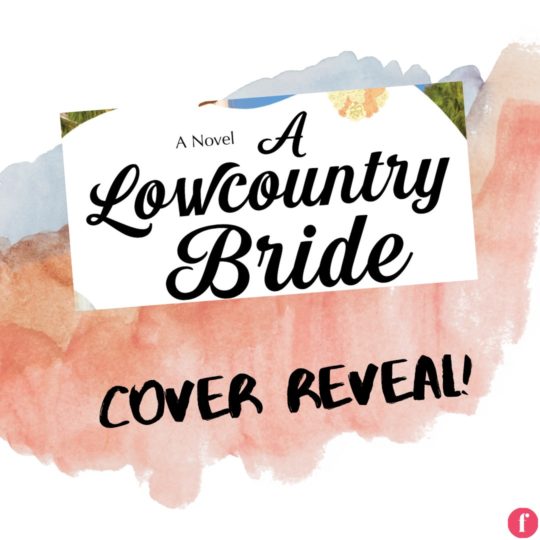 We are so excited to bring you this exclusive cover reveal and excerpt of A Lowcountry Bride by Preslaysa Williams. 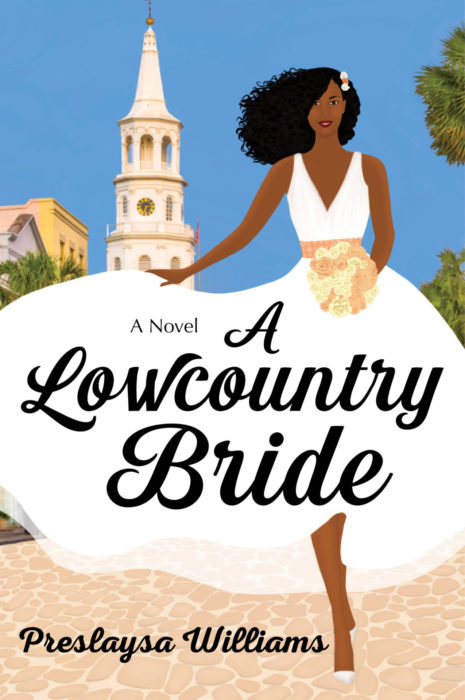 About A Lowcountry Bride:

Maya Jackson has worked for Laura Whitcomb, Inc, a renowned New York City bridal gown brand, for years and dreams of becoming Head Designer. She has the talent; she just needs a chance to showcase her unique style. Due to an illness, she’s always prioritized her career over her personal life until her father fractures his hip and Maya returns to Charleston, South Carolina. While home for only a few months, she’s thrilled to find an opportunity at the local bridal gown boutique, never expecting sparks to fly with its owner…

A military veteran and widowed father, Derek Sullivan hopes to save Always a Bride from bankruptcy in order to preserve the legacy of his mother. He also wants to reconnect with his estranged, twelve-year-old daughter, who is still recovering from the loss of her mother. The last thing he needs is a relationship with a beautiful, smart, complicated woman who will be leaving soon.

When Derek begins to fall for the lovely Maya, he knows there’s no future. But destiny has its own plans, and these two lonely people with big hearts discover that coming home to love is the best gift life can give.

On Thursday morning, Derek arrived at Always a Bride intent on talking to Ginger about the financials. They were so busy the past weekend and on Monday that he didn’t have time to mention it. Now he would sit down with her and figure out a plan to save the business before he lost it.

That would be the worst. All of his mother’s hard work would be flushed down the toilet. He wanted to figure this out before Ginger retired in a week. A week! Ever since Ginger told him she planned on retiring back in January, they’d searched and searched for an adequate replacement but to no avail. Once Ginger left, he could become a bridal shop flop.

Derek sighed. What would he do without her? She was the backbone of this place.

He’d brought Jamila along today. He hoped to get her engaged in working with him too.

“Hey, Jamila. You want to help me straighten up some of the displays that were rearranged yesterday?”

“No.” She tossed her backpack on the register’s counter. The sight of his daughter ripped off a piece of his heart.

Hunched over and sullen, she wore a black hoodie, black jeans, and black sneakers, overly dressed for this warm spring day. Her dark, curly hair was dry and lackluster around her russet face. He wouldn’t allow his daughter to check out on him emotionally. She was his only family left. “Okay, hon. You let me know if you change your mind.”

She headed to the break room in the rear. The door slammed shut behind her.

O-kay. So much for father-daughter bonding time.

As soon as Derek flipped on the store lights, the sound of a familiar laughter greeted him.

His fingertips numbed, tingly and cool. The sensation sped up his forearms and cloaked his shoulders. Was that Grace?

He headed near the sound, and he spotted a petite young woman in a coral sundress and brown sandals. She rested her elbows on the jewelry counter, gold bangles jangling on her wrists. With pin-straight black hair falling loosely around her golden-brown shoulders, the woman looked enough like Grace to make his heart stutter. Upbeat. Confident.

He blinked a couple more times, a feeble attempt to steady himself. Those few seconds erased the similarities. He was lonely. That was all. The woman before him had the same build and coloring, but Grace had a simple, laid-back style, while this woman seemed like a go-getter.

The air conditioner rumbled to life and blew cool air through the overhead vents. She brushed her hands over her bare arms as if to warm herself. Derek glanced at her left hand. No ring.

She must’ve noticed him staring, because she hid her hand underneath the wedding gown she held. Was a lack of an engagement ring a sore spot for her?

Then she stood taller, as if regaining composure, no longer relying on the jewelry counter for support.

Derek held her gaze for a moment, and a current passed between them. Goose bumps prickled on his forearms. Must be a draft from the air-conditioning.

When Derek remained silent, the woman smiled. “This shop has a lot of character,” she said, brown eyes glimmering. Her lashes were dark and thick, framing her rounded eyes perfectly.

“It definitely has character.” Derek pushed aside his subtle attraction. Taking care of his daughter and taking care of the store were his only concerns. “How can I help you?” he repeated.

“I’m visiting South Carolina. I’m looking to sell a few of my wedding gowns and bridesmaid dresses while I’m here.” Derek would have to replace the dress Bridezilla had ripped. The last thing he needed was damaged merchandise. He needed to bring in income, not lose it.

“Derek!” Ginger’s voice called from behind. “There you are. Good morning.”

Derek rolled his eyes. Carl was Ginger’s “friend.” According to Ginger, Carl started attending New Life, and they became an item a few months ago. Derek hadn’t been to New Life since Grace died in the mass shooting at the church. He wasn’t stepping foot in that place ever again. “Yes, Ginger. I remember.”

Preslaysa Williams is an award-winning author who writes heartwarming romance and women’s fiction with an Afro-Filipina twist. Proud of her heritage, she loves sharing her culture with her readers.

Preslaysa is a professional actress, a planner nerd, an avid bookworm, and a homeschool mom who wears mismatched socks. Visit her online at www.preslaysa.com to sign up for her newsletter community.

10 thoughts on “Exclusive: A Lowcountry Bride by Preslaysa Williams Excerpt”

Where Romance and Pop Culture Live Happily Ever After.
All Posts
PrevPreviousAuthors Share Their Favorite Christmas Movies!
NextExclusive: The Wife He Needs by Brenda Jackson ExcerptNext