Exclusive: All Scot and Bothered by Kerrigan Byrne Excerpt 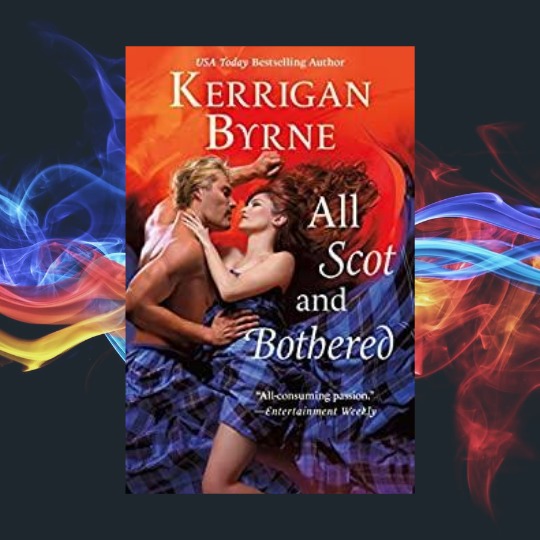 All Scot and Bothered is the second book in Kerrigan Byrne’s popular Devil You Know series. I am a fan of Byrne’s books, so I am excited to bring you an excerpt of this work. –Keira 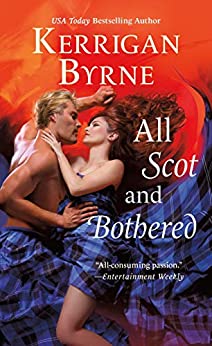 About All Scot and Bothered:

They are a dangerous duke, a fierce lord, and an infamous earl — dark, bold, brave men who know exactly what they want. And there is only one woman who can bring them to their knees.

He is first and foremost at everything. A man who’s made his own way through ruthless cunning and sheer force of will. A strong and imposing Scot who can turn on the charm but does not suffer fools. His title: Lord Chief Justice of the High Court. His name: Cassius Gerard Ramsay. His mission: To investigate the goings-on at London’s most notorious gaming hell, owned and operated by one of the most intriguing and desirable women he’s ever met.

Cecelia Teague was an orphan facing a rather dire future — until a secret benefactor from her mother’s scandalous past swept into her life. Sent to prestigious boarding school and later to university, Cecelia believed high society was at her fingertips…Then, from out of nowhere, she inherits a gambling establishment. Now Cecelia must live two lives: one as a proper lady, who finds herself undeniably drawn to Lord Ramsay, and the other as a savvy gaming hell owner trying to save her business from the very same man. He has no idea she is both women…and Cecelia would like to keep it that way. But what happens when consuming passion and escalating danger threaten to reveal the truth?

It took Cecelia entirely too long to arrive at the realization she’d inherited a gambling hell.

In her defense, Miss Henrietta’s School for Cultured Young Ladies seemed perfectly innocuous from the out- side.

Number Three Mounting Lane was located in West London, tucked several streets away from the fashionable side of Hyde Park.

The rectangular white mansion reminded her of a Greek pantheon complete with imposing pillars and resplendent arborvitae leading up the circular drive.

A solicitous white-wigged butler met her at the massive front door and ushered her into a lavish parlor done in varying shades of red and gold. Cecelia marveled at his uniform of a century past and did her best not to giggle at his high-heeled shoes and the falls of lace at his wrists.

Even as the reign of Queen Victoria gave rise to Gothic glamour and intriguing innovations, everything about Number Three Mounting Street boasted the overdone opulence of Versailles in the days of King Louis XIV.

And all of it now belonged to her, passed on by her mysterious benefactor who’d turned out not to be her father but, in fact, her mother’s sister. Henrietta Thistle- down.

The reading of the will had been short and terse, whereupon Cecelia was granted everything in Henrietta’s name, including her School for Cultured Young Ladies, a selection of other properties, and a staggering fortune.

Henrietta’s solicitor had handed a sealed letter to Cecelia after their appointment with strict instructions not to read it until she was secured in Henrietta’s office at Number Three Mounting Lane. So she’d taken a carriage straightaway.

Cecelia couldn’t bring herself to sit on the receiving room furniture that appeared too delicate to support her weight, so she paced, comforted by the clack of her boots against the marble floor.

She studied the missive, turned it over in her hands, stroked the fine striations in the expensive paper. An ache bloomed in her heart and a stone lodged in her throat as she battled an emotion akin to loss.

All this time, she’d assumed her father had been the silence on the other end of her letters.

For years, she’d been expected to write a monthly correspondence before her allowance was released to her ac- counts. Updates regarding her education, travels, and health. She’d dutifully penned this paternal shade who’d begun to take shape over the years. Some man in a mansion much like this one, lonely and bound by the strictures of society. Loving her from afar. Pining for her company.

The revelation of her maternal aunt would have been less disappointing, she supposed, if she’d not gleaned the knowledge of her relation only after the woman’s sudden death.

As such, she mourned two people.

Two people she’d never had the chance to love properly.

Emitting a melancholy sigh, Cecelia drifted to the window overlooking the square garden in the throes of its vibrant late-summer bloom. It was situated in the middle of the manse, surrounded on all sides by tall white stone walls boasting long windows from which to enjoy the view of—

Cecelia clamped both hands over her mouth, the sight before her pinning her feet to the ground.

On a stretch of perfectly clipped grass not seven paces from the window, a dark-skinned woman in a butter- yellow ball gown bounced astride the hips of a half-naked man. The prone figure held her hips as though to keep her from flying away as he thrust upward with such vigor, it appeared as though he were trying to dislodge her from his lap.

On the heels of Cecelia’s shock rode an absurd and intense anxiety for the young lovers. It was only half noon on a summer’s day. If she’d spied their brazen liaison in the gardens, surely someone else would.

The girl’s gown was also about one hundred years out of fashion, just as the butler’s attire had been. Her dark hair was powdered, a practice that had died several de- cades hence. Her lips were almost comically rouged, as were her cheeks and…

Cecelia’s hands moved from her mouth to press against her heart as the man reached up and freed the girl’s breasts from the low bodice.

Cecelia should have looked away, but instead she found her breaths increasing to match the rhythm of the shameless copulation.

This was no gentle rendezvous; nor was it a romp, per se. The man’s rough hands pinched at the woman, grabbed at her breasts, her throat, until his fingers found their way into her mouth.

All the while the woman rode him at a galloping pace, baring her teeth to playfully bite at him, exerting just enough pressure to send her lover into obvious fits of de- light.

Without realizing it, Cecelia’s hands slid from her heart, over her sedate navy-and-white-striped gown, to settle low on her stomach, where a flurry of hummingbirds might have taken residence. Some heavy sensation bloomed beneath her hand. Heavy and empty at the same time. An ache, but not a pain.

An urge, but not a hunger.

It brought to mind those languorous mornings on Lake Geneva watching the boys of le Radon Institute for Boys scull their boats across the mirror-smooth water. Their bodies surging and pulling, every muscle engaged. The rhythm of it had done something to her, even as a girl of seventeen.

“Forgive me for keeping you waiting, but—”

Cecelia gasped and whirled, her gaze colliding with that of Genevieve Leveaux, who stood in the doorway swathed in bright pink and bedecked with an inordinate number of bows on her Georgian bodice.

She rushed to the window, unable to fully block Cecelia’s view, as it seemed she’d outgrown Genny in the nearly fifteen years since they’d seen each other.

From All Scot and Bothered by Kerrigan Byrne. Copyright © 2020 by the author and reprinted by permission of St. Martin’s Publishing Group.

Whether she’s writing about Celtic Druids, Victorian bad boys, or brash Irish FBI Agents, USA Today bestseller Kerrigan Byrne uses her borderline-obsessive passion for history, her extensive Celtic ancestry, and her love of Shakespeare in every book. She lives at the base of the Rocky Mountains with her handsome husband and three lovely teenage girls, but dreams of settling on the Pacific Coast. Her Victorian Rebels novels include The Highwayman and The Highlander.

Keira Soleore writes for the International Examiner and Cogitations & Meditations. She enjoys connecting with readers on Twitter (@keirasoleore) and through her website (www.keirasoleore.com). Her interests include medieval manuscripts, philosophy, poetry, picture books, choir, sunshine and beaches. Keira is a pseudonym.
All Posts
PrevPreviousA Day in the Life of an Author…’s Dog by Lexi Blake
NextYA Romances that Touch the StarsNext