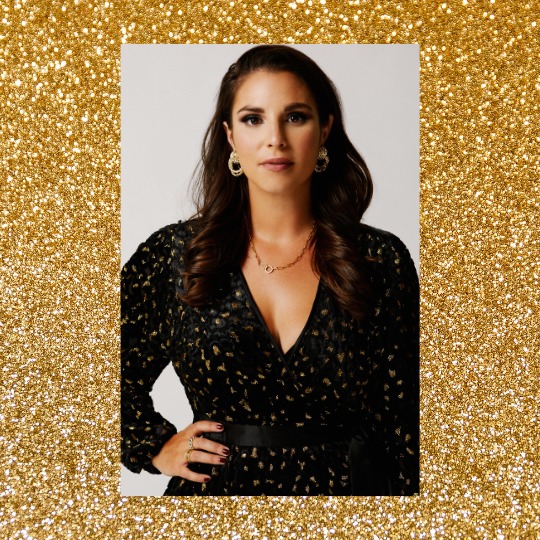 [Note from Frolic: Our resident YA expert Aurora got the chance to chat with bestselling author Victoria Aveyard and ask her all about her new book, Realm Breaker. Take it away, Aurora!]

Aurora: Please describe Realm Breaker and what can readers expect from it.

Victoria Aveyard: Realm Breaker is a story about what happens when the heroes fail, but the world still needs saving. In this case, that means a band of misfits, criminals, and outcasts are thrown together, forced to survive each other – and a madman ripping the realm apart. Readers can expect a high-octane fantasy adventure, with battles, betrayal, and bravery from unlikely heroes and villains alike.

What was your inspiration behind Realm Breaker?

I grew up desperately loving The Lord of the Rings, but I also felt like the story didn’t love me back. It never had a place for me, and Realm Breaker is my attempt to carve out a place for every teenager aching to go on an adventure, and being told they can’t. Once I knew I was going to take the big swing and write my own attempt at high fantasy, I started asking myself questions. One stood out in my mind – what would have happened if the Fellowship of the Ring were defeated? Who’s on deck to save the world? Who’s the JV team of heroes? From there, Realm Breaker and its cast of deadly, loveable, smart, and funny characters were born.

While every character I write holds a piece of me, I absolutely relate to Corayne best. She’s both who I was and who I still want to be. Whip-smart, fierce, ambitious, and so brave, but also inherently flawed, particularly in her own belief in herself. I very much understand her need to leave home, to test her wings, to see how far she can fly – but also her deep fear of doing just that. It’s how I feel every day!

Why do you feel fantasy novels with powerful and unique characters are so popular and have such a voice right now?

I can only speak for myself, but the world has felt increasingly stressful and beyond control in the last few years. Realm Breaker was particularly cathartic, not only because I was writing for my teenaged self, but I was also writing an escape. This story felt like a safe haven where I could go when everything else felt too overwhelming – and it was fuel to keep going. Obviously, powerful, unique, fantasy will always be popular, but it’s prevalent now for those similar reasons. We all want a break from ourselves and our circumstances. We all want somewhere to rest, recharge, and help give us the will to move forward in our own lives.

There are lots of irons in the fire right now, and I hope to be able to talk about some of them in the future. But for now, I can say I’m hard at work on the second book in the Realm Breaker trilogy, while also preparing to launch Realm Breaker herself.

Figure out your strengths, but also your weaknesses. It’s important to know both so you can service both – play to what you’re good at and cut corners around your flaws. I know where I excel, so I push my work towards those places. I give myself every opportunity to write what I love and write what I do well. I’ll also say not to be discouraged by any so-called “failures.” Abandoned ideas, trunked novels, manuscripts that haven’t sold yet – every word written is work done on your journey as a writer. You’re getting better, you’re becoming more you, even if the story doesn’t “go” anywhere.

The characters in Realm Breaker remind me of characters from sweeping fantasies, such as “Lord of the Rings,” but I truly connected with their trials and tribulations from page one. What inspired the challenges in the book, and do you have a favorite fantasy book or author that might’ve inspired the book as well?

I was absolutely and obviously inspired by The Lord of the Rings, out of love, curiosity, and a little bit of spite too. Love, because this series set my brain on fire when I was 11 years old and made me realize storytelling was my passion and my purpose. Curiosity, because I wondered so much about this world, what existed at its edges, and what real people were like inside it. Spite, because I couldn’t be part of the Fellowship. Because anyone who wasn’t a straight white guy (and one blonde woman) couldn’t be a hero in this world. And from the craft standpoint, The Lord of the Rings is a watershed for lots of fantasy. It helped define the genre, so naturally it gave birth to many, many tropes I wanted to play with, rearrange, and sometimes break. The catalyst question for this entire series, the idea that sparked Realm Breaker was – “what would happen if the Fellowship failed?” I had a great deal of fun building my version of the Fellowship, showing off all these great heroes, and then destroying them all in the first few pages.

As for my favorite fantasy novels and inspirations, I must mention Ella Enchanted by Gail Carson Levine. It was my first introduction to fantasy and in hindsight, one of the best. Not to mention I saw myself in that story, in Ella.

Your books have a cinematic feel to them, from “Red Queen” to now “Realm Breaker.” If you were to cast the characters in a movie, who would you pick to play them if offered the chance in the future?

This is a fun question. Unlike Red Queen, I went into Realm Breaker with strong images in my head of characters and their potential casting. Of course, that’s all wishful thinking, but it helped me picture the characters and write their journeys in a more efficient way. Not everyone had a direct image in my head, but I did picture Andry Trelland as Alfie Enoch, Taristan as Tom Hiddleston, Domacridhan as Chris Hemsworth (as Thor), and Sorasa Sarn as Janina Gavankar.

Aurora Dominguez is a high school English teacher, college professor and journalist in South Florida. Her work has appeared in The Miami Herald, Where Magazine and J-14 Magazine, all places where she worked as a writer and editor before going from the newsroom to the classroom. Her favorite days are "Caturdays," which she spends with a good book, her husband, Sebastian, and her cat, Luna. Her motto when it comes to reading: "No book left behind!"
All Posts
PrevPreviousIan Nelson talks New Single, Having Regrets and More
NextWeekend Podcast Guide: Writing, Gossip and MoreNext