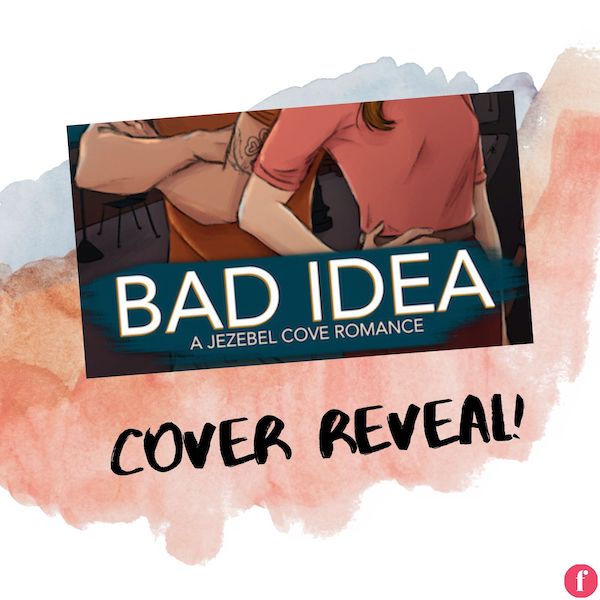 Hello, beautiful readers! Hope you are well and safe. Let’s share a cover today, okay? Robin Covington’s newest romance series, Jezebel Cove, is coming really soon and you better have it on your TBR list. It’s set in a small town and I know the small town romances fans are going to love it. Bad Idea, releasing Aug. 24, is the first of three books in the series. We are here to show you the awesome and beautiful cover of this title. Hopefully you will accompany us next month for the cover reveal of her next romance! 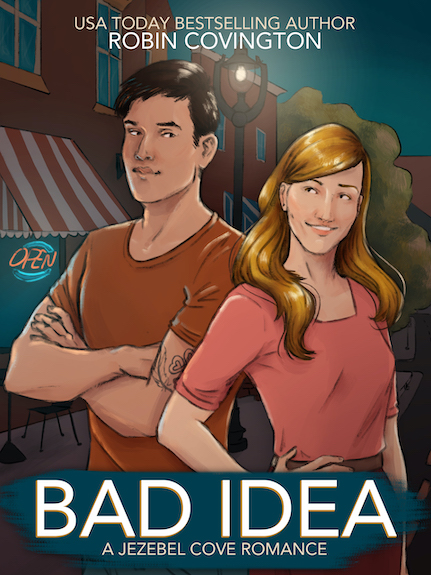 Twelve years should have been long enough . . .

Twila Parsons left me high and dry on prom night with nothing but a purple rented tux (don’t judge), a wilting corsage and, an “it’s not you, it’s me” note to explain her escape from Jezebel Cove.

I got over her pretty quick – or at least that’s the lie I believed until Twila strutted back into town and my life.

One unforgettably hot kiss later and I realize that getting within five feet of her is the dumbest idea I’ve ever had.

But the Cove’s not that big and I can’t stop from getting closer and closer – until I’m falling for her all over again.

And this town’s only going to get smaller when she finds out that I’m the reason she had to leave her new life behind and come back to the last place she wanted to be – Jezebel Cove.

**This is the first book in an exciting, fun, & sexy series – but it can totally be read as a stand-alone. It features a hot, second-chance romance between a grumpy, commitment-challenged builder and woman who’s sick and tired of her family nonsense and determined not to fall in love with the man she won’t be able to leave a second time.**

Behind-the-scenes with the author: The inspiration behind the cover!

Thank you Frolic for hosting the exclusive cover reveal of Bad Idea!

Bad Idea is my first cartoon cover and I love it! But it took me a long time to decide to commission one – it’s no secret that many people have very decided opinions about cartoon covers (just google it) and they aren’t all positive. Like any author, I want my cover to be appealing, but the reality was that I wasn’t able to find any imagery in the marketplace that I could use for my next indie series, JEZEBEL COVE.

JC is a trilogy about three brothers and their family – loosely modeled on my own. The Blackstock brothers (like me) are biracial Native Americans, living in a small-ish town where everybody knows their business (also like me). When I went looking for cover images all I could find were images that were terrible stereotypes of Native men or just plain awful. Because a custom photo shoot was not in my budget, I considered just having objects on my cover or making adjustments to images in Photoshop so that the models matched what I needed (Ugh. No.) – neither of those options were what I wanted for my books. They were not what I wanted for the Blackstock men.

Finding a decent single person image (forget finding an image of a couple) that I could afford was an impossible task. I’m used to not seeing me reflected in the marketplace, but I didn’t want to settle either.

One day Vanessa North – my sweet friend and author of the fantastic Roller Girl – tweeted about an artist she had worked with in the past and how he was open for commissions. I clicked on the images Vanessa posted and I fell in love with the cartoon/graphic novel aesthetic of his work and DM’d the artist – CM Donovann – Charles.

A few short messages later and I knew that Charles was the one who could bring my characters to life – and our collaboration was magic for me. It was really too easy (although I think I might have made Charles a little crazy with my tweaks!) and within a month we had created three, gorgeous covers. Covers where the Blackstock brothers looked like the men who were and are a part of my life. Covers where I didn’t have to settle – and they were sexy and fun.

I’m so glad that I had the option to partner with a talented artist who understood my desire to create what I needed for myself when the marketplace couldn’t (wouldn’t?) provide it. And working with Charles? Something I definitely plan to do again in the future.

I’m ridiculously excited about the release of Bad Idea on 8.24.20!

If you want to check out the work of Charles – CM Donovann – you can find him on Twitter at @CMDonovann and his portfolio here: https://cmdonovann.tumblr.com/commissions

And let me share my love of Vanessa North – you can check out her amazing books here: https://vanessanorth.com. (Seriously – Roller Girl is unbelievably great!)

A USAToday bestseller, Robin Covington loves to explore the theme of fooling around and falling in love in her books. Her stories burn up the sheets. . .one page at a time. When she’s not writing she’s collecting tasty man candy, indulging in a little comic book geek love, hoarding red nail polish and stalking Chris Evans.

A 2016 RITA® Award nominee, Robin’s books have won the National Reader’s Choice and Golden Leaf Awards and finaled in the Romantic Times Reviewer’s Choice, the Book Seller’s Best and the Award of Excellence.

She lives in Maryland with her hilarious husband, her two brilliant children (they get it from her, of course!), and her beloved furbabies, Dutch and Dixie Joan Wilder.

Drop her a line at robin@robincovingtonromance.com – she always writes back.