Exclusive: Bound By The Past by Cora Reilly Cover Reveal & Excerpt 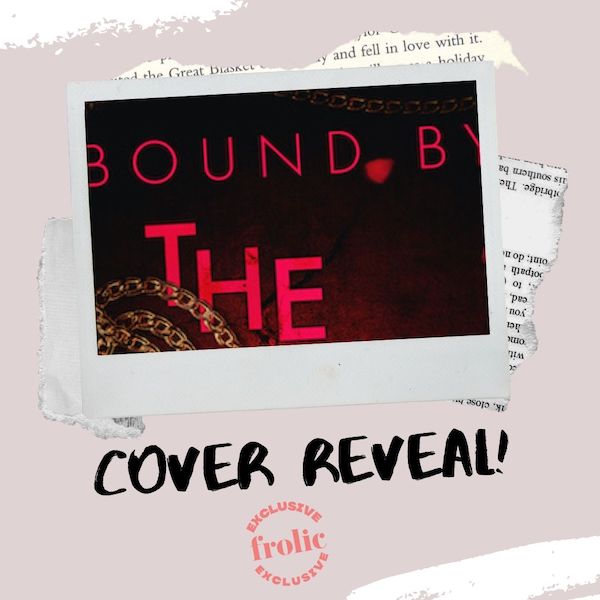 We are so excited to share with you the beautiful cover and exclusive excerpt of Bound by the Past by Cora Reilly, out May 20th, 2020! 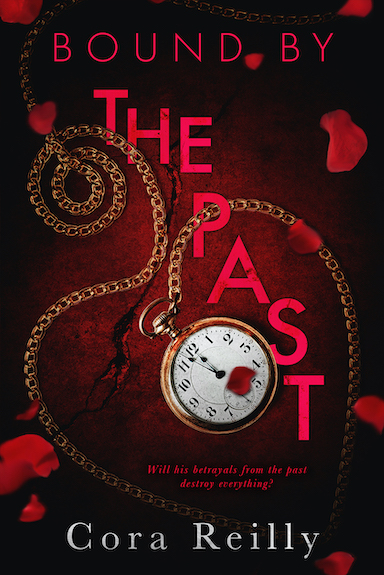 About Bound by the Past:

Dante
My life is a tale of betrayal.
I killed so many because they betrayed our cause, because they betrayed the Outfit.
A hypocrite. A liar. A murderer.
That’s what I am.
Five times I betrayed the Outfit. With my blood I made a vow to our cause, swore my life to it, promised to put the Outfit first. Above all else.
Five times I chose a woman over the good of the Outfit. I betrayed my father. My vow. My men.
You reap what you saw.
Would my betrayals destroy everything I swore to protect?

Valentina
On our wedding day I made a vow to stand by Dante’s side.
In good and in bad times.
To love him through it all.
Growing up in the mafia, I knew the challenges in our life would be numerous. I never expected them to tear at the very base of our family, of our existence. 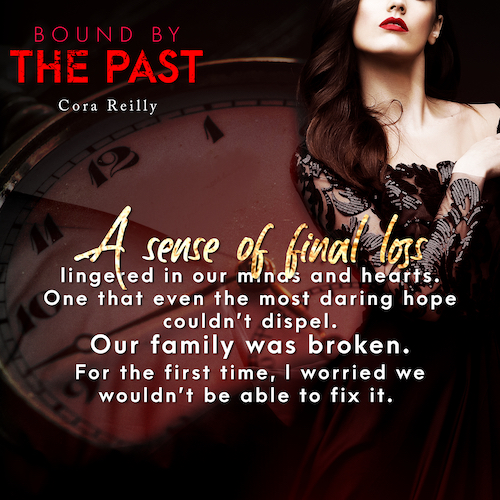 I needed to keep up appearances at a time like this and hanging on to the past publicly wasn’t something I could risk. Ines and Pietro had barely left the dance floor, one of the few couples who were as happy behind closed doors as they appeared on the outside, like Carla and I had been.

I shoved the thoughts aside and my eyes came to rest on Valentina once more. She stood off to the side, talking to Bibiana Bonello. I purposefully went over to her and her demeanor changed from relaxed to sophisticated tension the moment she noticed my approach. She’d lost her husband less than a year ago and her father had started looking for a new husband for her a couple of weeks ago. I held out my hand. “Would you like to dance?”

Surprise flickered in her green eyes but she accepted my invitation and let me lead her toward the dance floor. Silence stretched between us as we began to sway to the music, and I considered the woman in my arms. From the moment Valentina’s father Giovanni had started looking for a new husband for his daughter an idea had started forming in my mind. Valentina had lost her husband recently, and would still be crippled by her own sorrow, which in turn would make her reluctant to seek my closeness, at least emotional. As for the physical aspect of a possible bond, I had no trouble admitting that I was attracted to her, as were most of the men present tonight. Valentina was elegant and beautiful.

Moreover, she was experienced, which might make her undesirable in my parents’ eyes but perfect for my purposes. A virgin bride required gentleness and care I didn’t have to spare but Valentina might be up for the angry sex I craved if only to battle her own demons into silence.

“I’m sorry for your loss. I haven’t told you personally so far.”

Sadness flickered in her eyes. “Thank you. It means a lot coming from someone who understands what it means.”

My chest constricted but my mask remained perfectly still.

“Not everyone comprehends that it takes time to overcome sorrow.” Her eyes darted briefly to her father who talked to Rocco.

She was obviously unhappy about his attempts to remarry her so quickly, another fact that made her the perfect option. After the dance ended, my decision was made. I’d discuss a possible union with her father as soon as my own had agreed. 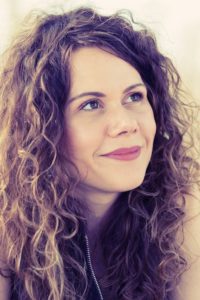