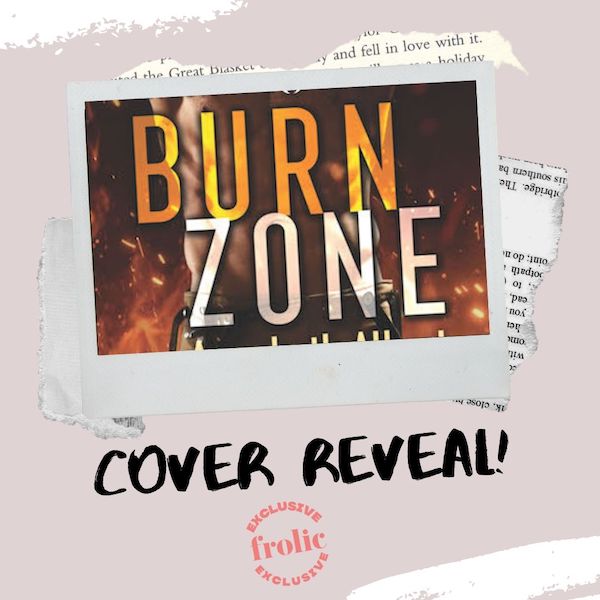 We are so excited to share with you the steamy cover and exclusive expert of Burn Zone by Annabeth Albert, out April 28th, 2020!

I am so excited to bring you this exclusive cover reveal and excerpt today from my newest series, Hotshots, and book one, Burn Zone. For this series, I wanted to return to the “band of brothers” feel that readers loved so much about my Out of Uniform SEALs series, a group of people willing to lay it all on the line for duty in adrenaline-packed jobs where lives are at stake and every second counts. Living here in Oregon, I know the damage that wildfires can do, and I’ve been fascinated with smoke jumpers for quite some time. Longtime readers know how very much I love my research, so I dove into the world of wildfire fighting, and I’m so thrilled to bring you this trilogy. Burn Zone is a romance between two smoke jumpers, but it’s also an ode to some of my favorite tropes—age difference, grumpy & the sunshine one, older brother’s best friend, rookie/experienced expert, and hurt/comfort. I loved writing this book, and I can’t wait for you to meet Linc and Jacob. In this little peek, I wanted to show you the fire these two bring to the page when they start giving into the passion between them. And what better way to show that than with some angry kissing? Enjoy! 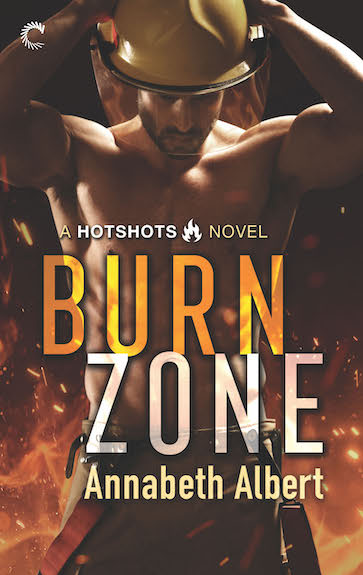 “There is that.” He met Linc’s gaze, didn’t waver. What was it going to take for Linc to believe in him, really believe that Jacob could do this? Not having an answer to that made his back muscles tense and his voice testy. “Ray was a good spotter. No problems there. Well, other than the fact that he seems to be under the impression that I once had a hopeless crush on you.”

A sputtering noise escaped Linc’s pursed lips, expression damn near priceless, all wide-eyed horror. “He what?”

“I know. That was my reaction too, only inside. Man. Your face.” He had to laugh, keep from flipping out like Linc. “I kept it cool in front of him, but what the hell? He even warned me to not get hung up on you again.”

“As far as advice goes that ain’t terrible.” Rubbing his jaw, Linc looked away. He didn’t seem particularly shocked by the crush thing, only that Ray had known, not that Jacob had expected anything different. He had been damn obvious when he’d first returned from Vegas. And afterward too, the years that followed, all his flirting and innuendo, not all of it as private as it probably should have been. It was easy to forget sometimes that this was a small town and people talked. “He say anything else worth noting?”

“That we need to get along. Apparently I’m being a pain in the ass.”

“He’s not wrong there either.” Linc breathed hard, like he was working overtime to convince himself this was no big deal. But Jacob wasn’t having any of Linc shoving all the blame on him.

“Come off it. You know damn well I’m not the entire reason things are weird. It’s not all on me being stubborn.”

“No, it’s not.” Exhaling like he’d just been gut punched, Linc slid in closer, stealing the last of Jacob’s oxygen as he yanked him close, bringing their mouths together.

Their last kiss had been tense from the start, grief-fueled, regrets seeping in even while they were still lip-locked. This wasn’t that.

No, it was raw and hungry and more than a little angry, like Linc wanted to use his mouth to extract something from Jacob. Maybe a promise to be nicer. Or to give up smoke jumping. Something. It was impossible to think with Linc kissing him so thoroughly that it was a wonder there weren’t scorch marks in the gravel at their feet. It was coffee and cinnamon and a hot, questing tongue that sought to singe his every last nerve ending until all he could do was gasp and hold on.

“Jesus, Linc,” he managed when Linc finally let him up for air. “Were you that damn sure that I was going to f*ck up the jump?”

“No. I…uh…” Linc stepped back, looking down at his hands like they’d betrayed him, reaching for Jacob. “Not sure what the hell came over me. Sorry. That… Damn. That was inexcusable. Sorry.”

“Well, could it come over you back at your place?” Even though his mind was still spinning, Jacob put on a light smile. Maybe… “For a not-out guy who wants no drama on his crew you sure know how to take a risk.” Gesturing at the nearly empty parking lot, he licked his lips, tasting Linc there.

He’d expected Linc’s recoil, so it didn’t hurt, much, when Linc stalked several paces away, looking stricken. “F*ck. I didn’t mean… This is why it’s crazy, us working together. The things you do to me…”

“Oh, it’s all me, huh? Like I’m the mountainous equivalent of a mermaid, luring you to your doom? Damn it. This is not all me seducing you.”

“I know it’s not.” Linc’s voice was more subdued now. “The kiss is on me. And like I said, I’m sorry. It’s not that I don’t want…” Shaking his head, Linc shifted his tone even before Jacob could revel in him admitting to wanting Jacob. “But we can’t do this.”

“I take it that’s a no on heading back to your place, working this out between your sheets?”

“F*ck. Is everything a joke to you? This isn’t some game.”

“No, it’s not.” Hadn’t been a game in years, and Linc damn well knew that. He met him hard stare for hard stare before Linc turned on his heel, undoubtedly ready to go sulk somewhere and blame Jacob for all this when he had been the one doing the kissing. Again.

Danger lurks everywhere for Central Oregon’s fire crews, but the biggest risk of all might be losing their hearts…

Smoke jumper Lincoln Reid is speechless to see Jacob Hartman among his squad’s new recruits. Linc had promised his late best friend he’d stay away from his little brother. And yet here Jacob is…and almost instantly, the same temptation Linc has always felt around him is causing way too many problems.

Jacob gets everyone’s concerns, but he’s waited years for his shot at joining the elite smoke jumping team, hoping to honor his brother’s memory. He’s ready to tackle any challenge Linc throws his way, and senses the chemistry between them—chemistry Linc insists on ignoring—is still alive and kicking. This time, Jacob’s determined to get what he wants.

Close quarters and high stakes make it difficult for Linc to keep his resolve, never mind do so while also making sure the rookie’s safe. But the closer they get, the more Linc’s plan to leave at the end of the season risks him breaking another promise: the one his heart wants to make to Jacob. 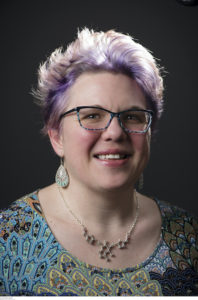 Annabeth Albert grew up sneaking romance novels under the bed covers. Now, she devours all subgenres of romance out in the open—no flashlights required! When she’s not adding to her keeper shelf, she’s a multi-published Pacific Northwest romance writer.

Emotionally complex, sexy, and funny stories are her favorites both to read and to write. Annabeth loves finding happy endings for a variety of pairings and is a passionate gay rights supporter.  In between searching out dark heroes to redeem, she works a rewarding day job and wrangles two children.

Where Romance and Pop Culture Live Happily Ever After.
All Posts
PrevPreviousExclusive: Behind the Scenes Photos from The Passionflix Film “The Will”
NextHere’s What Romance Fans REALLY Want for Valentine’s DayNext