Exclusive: Chapter One of The Rakess by Scarlett Peckham 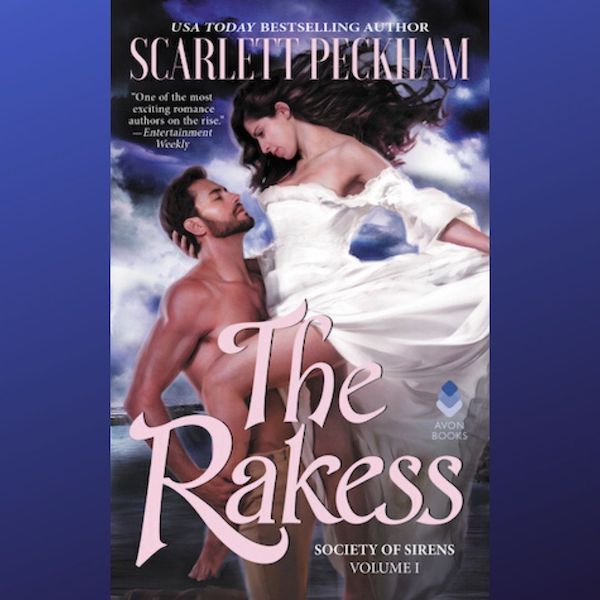 We are so excited to bring you Chapter One of The Rakess by Scarlett  Peckham. The Rakess is out April 28, 2020.

Meet the SOCIETY OF SIRENS—three radical, libertine ladies determined to weaponize their scandalous reputations to fight for justice and the love they deserve…

She’s a Rakess on a quest for women’s rights…

Seraphina Arden’s passions include equality, amorous affairs, and wild, wine-soaked nights. To raise funds for her cause, she’s set to publish explosive memoirs exposing the powerful man who ruined her. Her ideals are her purpose, her friends are her family, and her paramours are forbidden to linger in the morning.

He’s not looking for a summer lover…

Adam Anderson is a wholesome, handsome, widowed Scottish architect, with two young children, a business to protect, and an aversion to scandal. He could never, ever afford to fall for Seraphina. But her indecent proposal—one month, no strings, no future—proves too tempting for a man who strains to keep his passions buried with the losses of his past.

But one night changes everything…

What began as a fling soon forces them to confront painful secrets—and yearnings they thought they’d never have again. But when Seraphina discovers Adam’s future depends on the man she’s about to destroy, she must decide what to protect… her desire for justice, or her heart.

At the ungodly hour of half past two on a sun-braced afternoon, Seraphina Arden stood before her looking glass in her flimsiest chemise, squinting against the glare coming off the ocean as she removed pins, one by one, from her coiffure.

She unspooled a long curl from above her temple and arranged it to trail over her left breast, drawing the eye to the hint of pink one could just barely make out through her thin lawn shift.

She untucked another tendril from her nape, letting it unfurl down the middle of her back. The effect was louche, as though she had been grabbed in a passionate embrace.

She was the very image of an utterly ruined woman. Henri enjoyed that kind of thing, if she recalled.

It had been years since their last encounter, but the memory of those nights in Paris still made her breath catch. Even mediocre painters had a facility with their hands that elevated the purely carnal to an art form—and Henri’s work was celebrated on three continents.

She draped a cloak around her shift and set off down the coastal path toward the abandoned belvedere at the border of her property and Jory Tregereth’s. As weather-wizened as a ruin, perched precariously among the cliffs, the old folly afforded a magnificent view of Kestrel Bay,

if one didn’t mind steps overgrown with tufts of purple fumitory weeds and winds that nearly knocked you over as you climbed.

The air smelled like her childhood—like brine and sand and pollen. A heady, salty scent that made her ill at ease. She had come here to remember how that era of her life had ended, but now that she was here, each reminder of it smarted.

There was a reason she did not dwell in painful memories: each flash of youth, of loss, stripped off a layer of the callus that deliberate forgetfulness had formed around her heart.

Henri would be good for her. He would remind her who she had become, and distract from the unpleasant reminders of what she’d lost.

She ascended the steps carefully, wincing against the bright, flat glare off the Kestrel. At this time of day, the light hit the cliffs in such a blinding arc it was difficult to parse the sky from the sea.

But she only had eyes for Henri.

He’d come early. He was leaning against the balustrade with his back to her, absorbed in sketching cliffs. Oh, but he was picturesque. Like a chiaroscuro, with his dark clothes and hair cutting against the misty vista of the ocean. She’d forgotten precisely how well formed he was: long and lean with those broad shoulders and strong arms and clever artist’s hands. She couldn’t make out his face, but in silhouette his jaw was better made than she remembered. The two years since their last assignation had agreed with him.

Something inside her lit, in a way it hadn’t since that night six weeks ago, when Elinor had disappeared and all the pleasant parts of life had faded into numbness.

He didn’t turn, unable to hear her over the roar of the violent, salty air whipping off the ocean. Which gave her a delicious idea.

She draped her cloak over the rail of the belvedere, toed off her shoes, and crept forward, silent, silent, across the floor until she was just behind him. She placed a single finger at the bottom of his neck, below the knot of satin ribbon holding his raffish hair into a queue. That spot that lit up all the other spots that wanted touching.

No man could resist it.

“Henri,” she whispered in his ear.

He leapt, arching his back toward a marble column behind him as though she was a cutpurse who’d assailed him rather than the woman whose bed he’d traveled hours to make use of. His sketchpad clattered to the floor. His face was obscured by the shadow of the column, but his hand caught her wrist and dragged her forward, toward the light.

She bit her lip at the pang of anticipation. He remembered how she liked it: rough. “What in Christ’s name?” he growled in the low, clipped vowels of a Scot.

He stepped forward into the light, and his face was as harshly handsome as it was completely unfamiliar.

She wrenched her arm out of his grip and stepped back, clutching herself to block his view of her . . . her everything . . . through the filmy fabric of her shift.

She glanced up into his face, trying to place him, hating herself for worrying that he was someone from her past, someone who might say something cruel or reach out and—

Her bare foot landed on the page of his discarded sketchpad. She glanced down. It was not the cliffs he’d been drawing.

It was the jointed beams beneath the belvedere. She glanced back up and caught him staring at her.

And there was such a terrible hunger in his eyes that they could have been her own.

Adam Anderson tore his gaze away from the woman who had nearly sent him toppling over the low stone balustrade and shrugged his coat from his shoulders, holding it out to her so that she might use it to cover herself.

“I beg your pardon, madam. Here, take this.”

She had been clutching her barely shrouded body protectively, as though he—not she—had been the one to pounce.

It was not an effective means of restoring her modesty. Standing as she was in that fierce shaft of light, her thin gown was transparent, swirling luminous around long, finely made legs that rose into lavishly flared hips and a dark thatch of—Christ.

She held his glance for a long moment. And then she dropped her self-protective posture, something like amusement blooming in her eyes, and padded calmly back across the stone floor in her bare feet, ignoring his attempt at chivalry.

“Who are you?” she asked idly.

Her gait was defiant, the shadow of her buttocks swishing from side to side beneath her gown in bored, unhurried time.

He felt a flash of irritation at himself for continuing to ogle her. But that gown. The way it swirled around those legs beneath it.

“I’m Adam Anderson,” he said to her back. “Mr. Tregereth’s architect. Forgive me if I’ve disturbed you. He did not mention this building was in use.”

The woman reached for a cloak she’d left tossed against the railing. She arranged it around her shoulders and glanced back at him, her expression wry. “And I imagine he would not approve of it had he known.”

Her face was arresting. Slanted black brows, an elegant slash of a nose, green eyes smudged with heavy lashes. It was a face he could have made a feast of drawing, in the days when he still drew women and not window fixtures.

“Tregereth is not demolishing the belvedere?” she asked. “That would be a shame. It makes a pleasant little ruin and I enjoy looking at it from my window.” She pointed up to the weathered but grand house that stood a half mile up the coastal path, at the promontory of the cliffs.

He’d been told the place was abandoned.

He gestured at a cracked piece of the stone floor that had begun to list, sloping down toward the cliff’s edge. “This foundation needs rebuilding. It’s not steady. You should be careful, coming here alone.”

“Did you think, Mr. Anderson,” she asked, widening her eyes, “that I intended to be alone?”

His sketchpad caught the wind and threatened to sail over the ledge. She stopped it with the toe of her bare foot, then bent down and handed it back to him.

For a brief moment, their fingers touched. The hairs on his forearms stood, as though she’d sent a current through him.

He wrenched his hand away, and she watched him do it, abrupt, a touch delayed. Something knowing rippled through her eyes and the corners of her mouth turned up.

She met his eye. “If a gentleman should appear here in search of me, send him up to my house. And if you would be so kind, don’t mention this to Tregereth. He has never approved of my visits.”

She winked, turned around, and strode up the steps in her bare feet, holding her slippers in her hand.

“Forgive me, madam, I didn’t catch your name,” he called after her.

She turned back. “Seraphina Arden,” she said with a low, theatrical bow and laughter in her eyes. Laughter that implied, Of course that’s who I am, you dullard.

Belatedly, he recognized her angular silhouette from the woodcuts sold in stalls along the Strand etched with the words The Rakess.

The woman climbing back up the cliff in a state of scandalous undress laughed at him because she should need no introduction; she was one of the most infamous women in all of England. 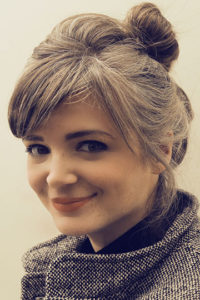 Scarlett Peckham writes steamy historical romances celebrating alpha heroines. Her USA Today bestselling debut novel, The Duke I Tempted, was named a Best Romance Novel of 2018 by BookPage and the Washington Post. Scarlett lives in Los Angeles, where she enjoys trying to think of new ways to say “wicked”, collecting vintage romance clench covers, and dressing her cat up in bowties. Find her here: https://www.scarlettpeckham.com/