Exclusive: Cover Reveal and Excerpt for ‘Made for You’ by Anyta Sunday 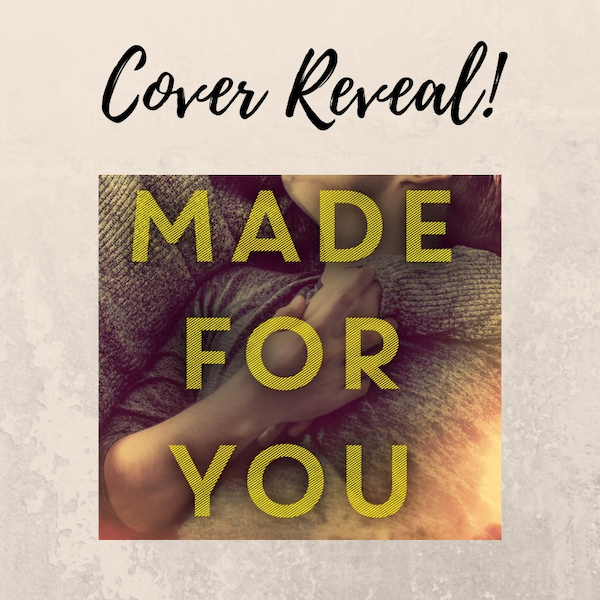 We are so excited to bring you the beautiful cover and exclusive excerpt from Anya Sunday’s upcoming novel Made for You, coming May 1! 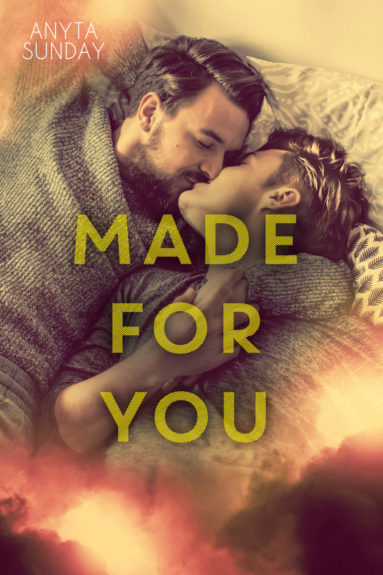 About Made For You:

Twenty-four-year-old Ben McCormick is the primary caregiver for his brother Milo after their parent’s death. A year into the job, he’s totally got the hang of it. Mostly. Sort of. Not at all?

Defeated and thoroughly chastised for his lack in parenting skills at teacher-parent night, Ben slumps away with the resolve to finally get his life sorted: be a better role model, and sell their parent’s house for a fresh start.

But first, he needs to spruce up his house to hit the market. He’s no DIY king, but Milo’s hot-as-hell woodwork teacher is…

Thirty-nine-year-old Jack Pecker is waiting for the home of his dreams to come on the market in the summer. What better way to wait the interim months than working on a small renovation gig?

Only trouble is, the gig is for the McCormick brothers. And working in close quarters to red-haired Ben McCormick won’t be easy. Not with the attraction that simmers between them. Attraction Ben makes no effort to hide.

But Jack’s professional. Dating a parent is highly discouraged at Kresley Intermediate, and he’d never cross the lines…

Ben and Jack. Two guys searching for a home – a home that might just be where their hearts lead them.

Set in New Zealand, Made For You (Love & Family #2) is an MM gay romance featuring two guys at very different places in their lives – but both finding out they are looking for the same thing.

Can be read as a standalone.

Where the hell is Block C?

I stall in the middle of a quiet quad, my stomach knotting, and unknotting, and knotting again. I’m already five minutes late, and I have no clue where I’m going. Like, I recognize half the buildings from when I went to Kresley Intermediate. The layout’s the same, but Block C? I didn’t even know there was a Block C.

Jesus, and it’s quiet. Have I got the wrong evening? Or have all the other parents arrived on time like responsible adults?

I breathe in a salty sea breeze and wish I were one of the seagulls circling overhead, that I could better find the block I’m meant to be in.

Mrs. Devon’s going to kick my ass. Unless she’s softened with age?

Maybe she’ll cut me some slack when I explain my car stalled up the hill and I had to drive in neutral—and terror—all the way here.

I can only hope.

What was my best bet? The longer block of brightly painted buildings? Or the shorter, taller block?

Looked like more lights were on in the taller block.

A path winds around a semi-cordoned off grassy-stretch, but I dash over the boggy grass. I’ll take every saved minute I can—

My foot skids through a slick patch, and I’m whipped onto my ass with a wet, heavy slap. I brace my hands against the cold ground, weeds and sludge slurping between my fingers.

With a shaky laugh, I push myself to my feet.

Some days sure are tests of fortitude.

I whirl around. A dozen yards away, a male figure is casually leaning over a ramp leading to the craft rooms. The setting sun behind the building makes it difficult to see much.

I wipe the globs of mud from my good jeans. “You don’t say.”

A bit about me: I’m a big, BIG fan of slow-burn romances. I love to read and write stories with characters who slowly fall in love.

Some of my favorite tropes to read and write are: Enemies to Lovers, Friends to Lovers, Clueless Guys, Bisexual, Pansexual, Demisexual, Oblivious MCs, Everyone (Else) Can See It, Slow Burn, Love Has No Boundaries.

My books have been translated into German, Italian, French, Spanish, and Thai.

Where Romance and Pop Culture Live Happily Ever After.
All Posts
PrevPreviousWe’ve Got Your Go-To Style Guide for ‘When We Left Cuba’
NextVideo: Book Nerdery with Avery Flynn and Helena Hunting!Next