Exclusive: Cover Reveal and Excerpt of ‘Love in an Undead Age’ by A. M. Geever 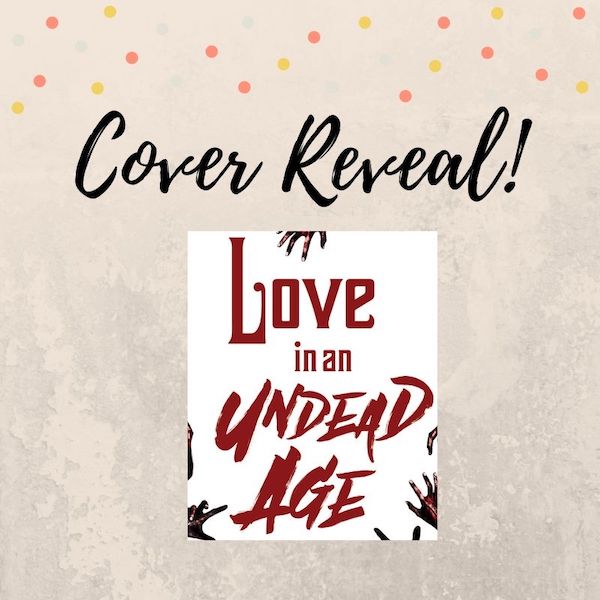 We are so excited to share with you the amazing cover and excerpt from A.M. Geever’s Love in an Undead Age out August 1st! 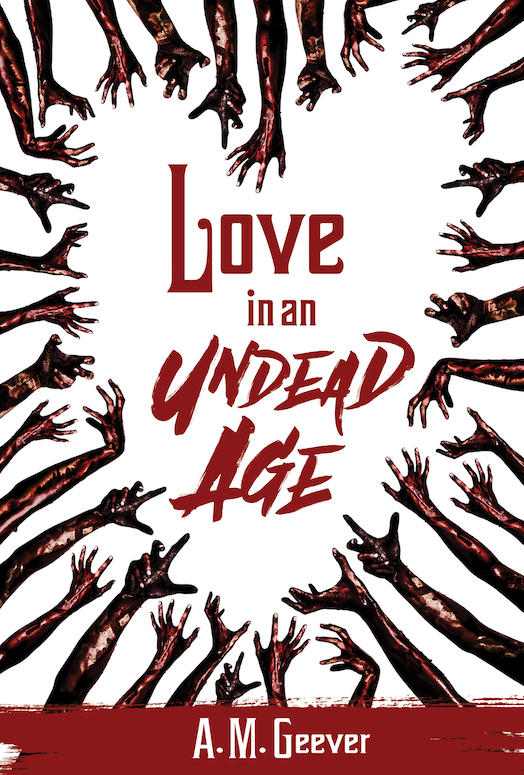 About Love in an Undead Age:

Surviving the zombie apocalypse was hard but saving the human race might be fatal.

Ten years after the zombie apocalypse a good man is still hard to find… just ask Miranda Tucci. Most are ill-equipped to breach Miranda’s emotional defenses, and even in San Jose, California, the most technologically advanced outpost of civilization left on the planet, there’s no app for mending a broken heart. But when Connor MacGuire turns up at nearby Santa Clara University, even Miranda begins to wonder if she has finally found someone she can trust.

The Jesuit priests who lead the community at Santa Clara University are the only counter-balance to the ruthless City Council that rules Silicon Valley. They have hatched a scheme to break the monopoly on a vaccine for the zombie virus that the Council and its powerful ally, Mario Santorello, control.

As the Jesuits’ plan approaches a critical stage and Miranda is recruited to join their mission, the ghosts of her past collide with the present, plunging her into territory both strange and familiar. Will corruption continue to spread and the vaccine be used for political advantage, or can Miranda survive long enough to usher in a new age of civilization? It’s only the fate of humanity that’s suddenly resting on her shoulders. If she can bring her love life back from the dead, how tough can saving the world be?

Love in an Undead Age is a post-apocalyptic romance wrapped inside an adventure that explores universal themes: love and loss, betrayal and redemption. What choices do we make in order to survive, what do they cost us, and are they worth it in the end? Are some breaches of trust too damaging to forgive, or can the healing power of love truly conquer all?

Miranda turned her attention back to her lunch when it hit her: the woman was wearing heels. Very high heels. She hadn’t seen anyone in a pair in years.

Karen regarded Miranda with a puzzled expression. “Why is that weird? Lots of women have started wearing them again. I just got a pair myself. I forgot how much they pinch your toes.”

“Lots of women are wearing them?” Miranda squeaked, her voice getting higher with each word. “Since when?”

“Not everyone plays in the dirt for a living and considers sneakers snazzy footwear, Miri.”

“How do you outrun a zombie in high heels?”

“Oh Miri, honestly! You make it sound like there are zombies around every corner,” Karen said with a dismissive wave of her hand. “Things are so much better now. Why not live a little?” Karen mustered a faint grin, no doubt at the prospect of having footwear fashion trends to follow.

I enjoy stories of survival in extraordinary circumstances. It’s not the incident itself that I find interesting but how people react to it. Why brings out the best and the worst of human nature? Do people always break one way or the other, or is it a bit of both? Since zombies can be anything – metaphors, monsters, even jokes – the possibilities for exploring these questions are endless.

As a native Pittsburgher and fan of George Romero films, perhaps it was inevitable that the hours-long NIGHT OF THE LIVING/DAWN OF THE DEAD postmortems that my brothers and I conducted led to this novel. Despite all this my husband and our menagerie of furry critters are woefully unprepared for the zombie apocalypse. The idea of becoming a zombie because my car runs out of gas has gotten me to the gas station on more than one occasion.

Where Romance and Pop Culture Live Happily Ever After.
All Posts
PrevPreviousAll the things Lifetime’s ‘American Princess’ Gets Right (and Wrong) About Life at the Renaissance Faire
NextDaily Frolic: We’re *pretty* obsessed with Taylor Swift’s new song ‘Calm Down’Next