Exclusive: Cover Reveal and Excerpt of ‘Out of the Shade’ by S.A. McAuley 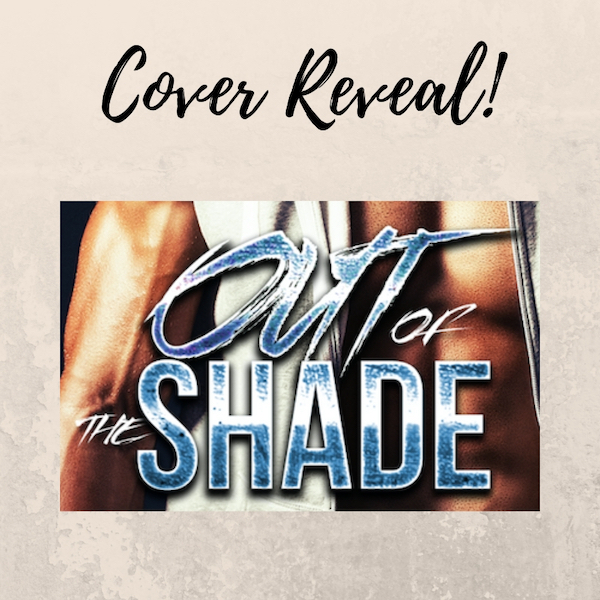 We are so excited to bring you the gorgeous cover from S.A. McAuley’s upcoming novel Out of the Shade, coming May 21st! 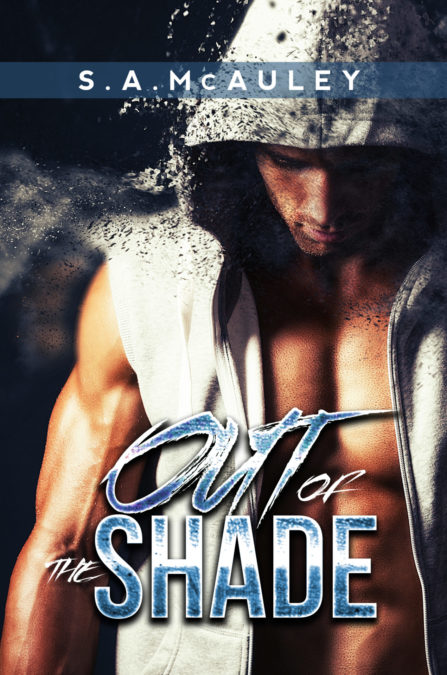 About Out of Shade:

Jesse Solomona has always tried to be the perfect straight guy—a cocky sports fan who drinks more than he did in his fraternity days and an expert at one-night-stands. That he hooks up with just as many men as he does women is a secret Jesse’s been hiding for years, fearful of losing his family and tight group of friends. He’s a Kensington boy—a group of guys that grew up in the same neighborhood and somehow all ended up back in their hometown. They, and his family, are the only things that still matter in his otherwise soul-sucking life.

Chuck Dunn, a tattooed and pierced sports photographer, has refused to step back into the closet since he was disowned by his family, but he keeps choosing men who can’t fully be with him. Finally free from a long-term relationship he should’ve ended years ago, he quits his high-profile gig in favor of getting back to the art of sports photography—documenting a local boxing club that works with at-risk teenagers. He may not have the same swagger anymore, but he’s working to be happy with who he is.

When Chuck joins one of the Kensington boys’ community center sports leagues, Jesse’s self-imposed rules are systematically demolished. But there’s one barrier Jesse can’t find the strength to break through—coming out to the other Kensington boys. Chuck knows hooking up with Jesse is a bad idea. Falling for him even worse. But he can’t stay away.

Chuck is damaged by his past. Jesse is frightened about his future. But, together, they may just be able to come out of the shade.

Chuck nodded, looking away. “Matt and Kam were cool.”

“I don’t know, Jesse.” Chuck leaned against the building, gaze focusing on Jesse again. “What about you?”

Jesse’s stomach swooped, and his heartbeat kicked against his breastbone as he heard Ryan’s voice in his head. An all-too-familiar lick of fear coursed through his veins. Fear that was grounded, rational, and a necessary protection mechanism.

But his body also thrummed with adrenaline from the almost bar fight, and the alcohol had worked its way through his bloodstream, loosening his inhibitions and short-circuiting the part of his brain that reminded him he didn’t hook up with guys within the borders of Kensington.

Chuck’s heated gaze bored through Jesse, and his question lingering in the air between them left that option open. Up to Jesse to make a move—or not.

“The night doesn’t have to end like this,” Jesse said. “My house is just around the corner.”

Chuck pushed off the wall, brushing up against Jesse as he passed by.

That simple touch sobered Jesse and made his head spin.

He slid his hood down and caught up to Chuck.

Preorder Out of the Shade now!

Author S.A. McAuley is a wandering LGBTQ author who sleeps little and reads a lot. Happiest in a foreign country. Twitchy when not mentally in motion. Her name is Sam, not Sammy, definitely not Samantha. She’s a dark/cynical/jaded person, but hides that darkness well behind her obsession(s) with shiny objects.

Where Romance and Pop Culture Live Happily Ever After.
All Posts
PrevPreviousTrope Rec Tuesday: Hockey Romances to Read After Playoffs
NextDaily Frolic: Meghan Markle’s mom is the inspiration behind Jasmine Guillory’s latest romanceNext