Exclusive: Cover Reveal and Excerpt of Stacey Marie Brown’s ‘The Unlucky Ones’ 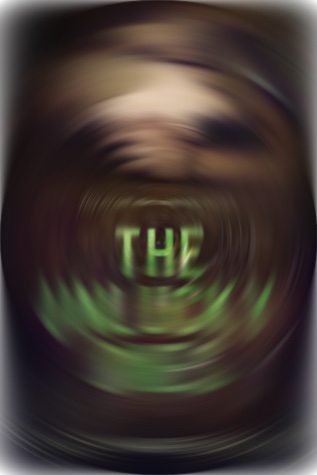 We are so excited to bring you the cover reveal and exclusive excerpt for Stacey Marie Brown’s upcoming  novel The Unlucky Ones, being released April 1, 2019! 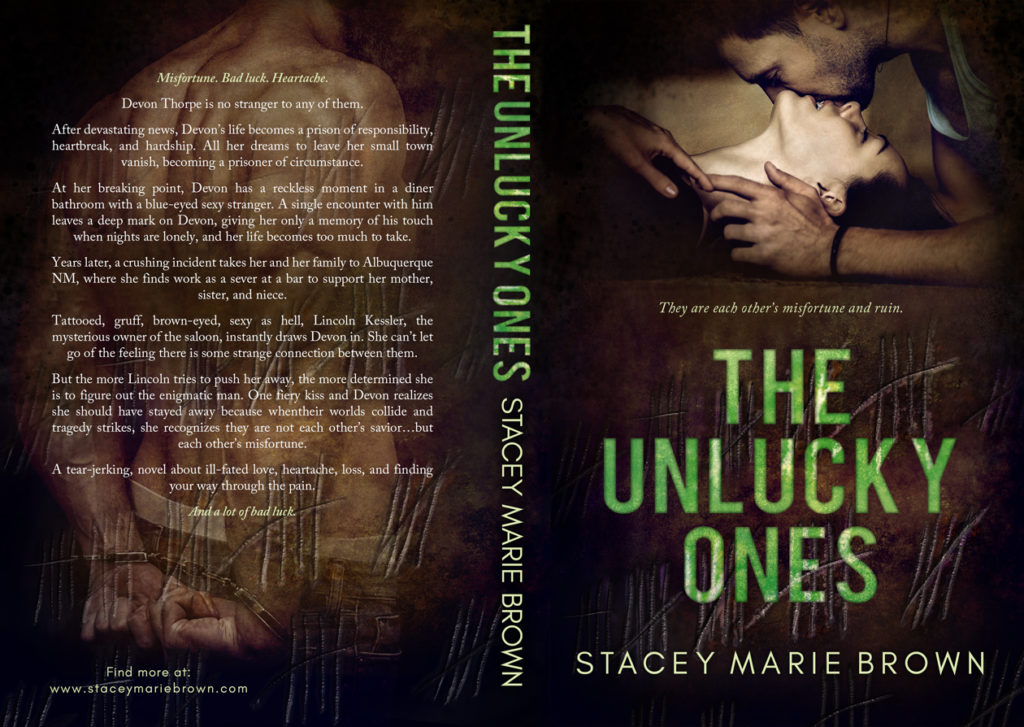 Nat’s mouth opened than quickly snapped shut, her head snapping behind me, the sound of the back door slamming closed.

Maybe it was Nat’s warning or something else, but nerves jumped around my stomach, I knew my new boss was behind me, his presence crawling up my back, coating my skin in goosebumps. It was strange, but without even seeing him, I could sense him fill the room. Take over every inch.

My head whipped around, my gaze rolling over the man holding two boxes of beers, his eyes snapping to mine.

Everything stopped, the tray dropping from my finger, clattering loudly to the floor.

My lungs sucked in sharply, like I had been punched in the stomach, a strange déjà vu spinning my head, my chucks taking a step back.

Standing about six-four, brown hair, tattooed ripped arms and chest bulging his t-shirt like he lived at the gym, making him intimidating as hell. Appearing to be in his late twenties/early thirties, his full beard only defined his sculpted jaw and rugged face. Sexy didn’t even describe him, but the icy-hot sensation burning my body in polar ways, screamed fear and familiarity.

He stopped dead in his tracks, his jaw locked down, his face stayed expressionless, but his lids lowered, his nose flaring. A muscle along his neck twitched, displaying a tattoo on the side of his neck. Brown eyes bore into mine.

I blinked taking in the color.

Devon Thorpe is no stranger to any of them.

After devastating news, Devon’s life becomes a prison of responsibility, heartbreak, and hardship. All her dreams to leave her small town vanish. A prisoner of circumstance.

At her breaking point, Devon has a reckless moment in a diner bathroom with a blue-eyed sexy stranger. A single encounter with him leaves a deep mark on Devon, giving her only a memory of his touch when nights are lonely, and her life becomes too much to take.

Years later, a terrifying incident takes her and her family to Albuquerque NM, where she finds work as a server at a bar to support her mother.

Tattooed, moody, rough, brown-eyed, sexy as hell, Lincoln Kessler, the mysterious owner of the saloon, instantly draws Devon in. She can’t let go of the feeling there is some strange connection between them.

But the more Lincoln tries to push her away, the more determined she is to figure out the enigmatic man. One fiery kiss and Devon realizes she should have stayed away because when their worlds collide and tragedy strikes, she recognizes they are not each other’s savior, but each other’s misfortune.

A tear-jerking, novel about ill-fated love, heartache, loss, and finding your way through the pain.

And a lot of bad luck.

*A NA/Adult Sexy and heartbreaking Contemporary Romance. Deeply emotional with sensitive subject matter of dealing with a crippling mind disease.

Where Romance and Pop Culture Live Happily Ever After.
All Posts
PrevPreviousFor a Limited Time Only! Frolic’s H.E.A. All Day Tees
NextTrope Rec Tuesday: A Roadtrip to RememberNext