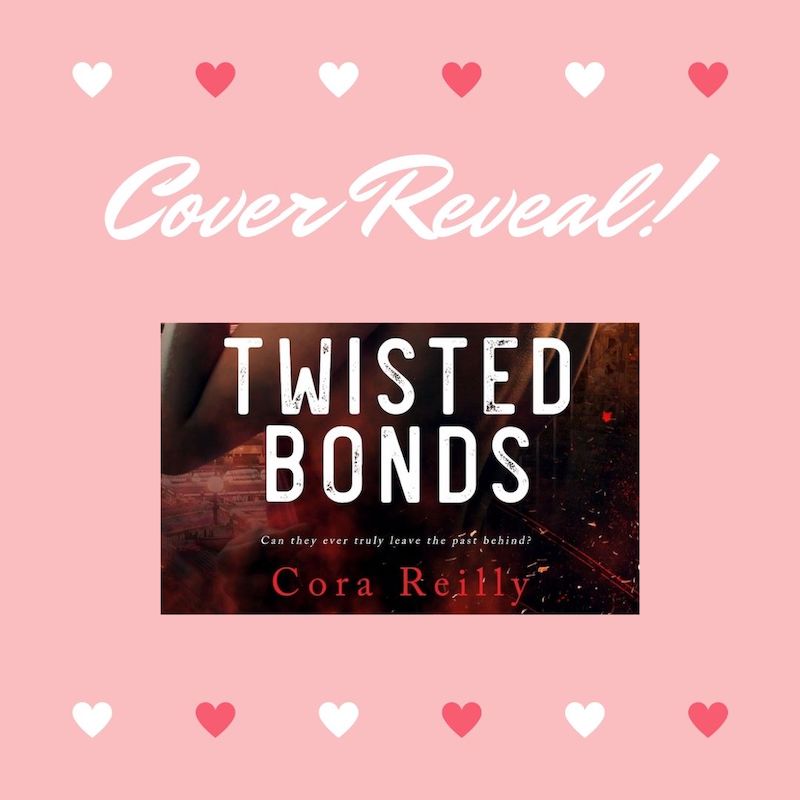 We are so excited to share with you the steamy cover and an excerpt from Cora Reilly’s Twisted Bonds, coming August 28th! 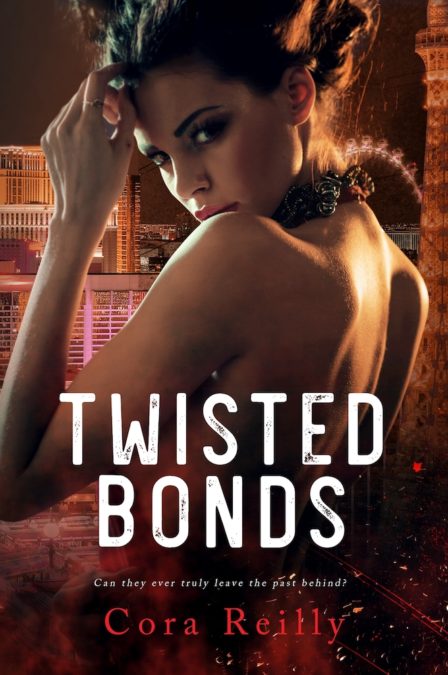 Can you ever truly leave the past behind in a house full of haunted souls?

Kiara always wanted a loving family she could take care of. She never thought she’d find it with the Falcones.

Nino and Kiara both lost part of themselves in their traumatic childhood. Together they’re trying to recover the missing pieces, but they aren’t the only broken souls in the Falcone mansion; Kiara fears that not all of them can be saved. Determined to protect her new family and the future of her dreams, she’s on a mission to help each of them in her own way, even if it means stacking up secrets.

Four brothers bound together by an unbreakable bond forged in their dark past. If one of them falls, will they all?

Steps rang out and Remo came into view. I quickly wiped my eyes and rushed away, wanting to drown in my misery, but his steps sounded behind me and eventually, I gave up escaping because it was futile anyway. Remo didn’t give up and I was tired of running. Sniffling, I leaned against the wall and slowly slid to the ground. His legs came into view but he didn’t say anything. I could imagine him watching me.

“Since you hate extensive displays of emotions, you should leave. It’ll only get worse from here, I got out. Even to my own ears, I sounded bitter.”

Remo sank down across from me, holding my half-full glass. His dark eyes scanned my face then dropped to the pregnancy test in my hand. I hadn’t even realized that I was still clutching it like a memorial of my failure to conceive. I held it out to him so he could see the result. Not pregnant again.

“You’d think it would get easier. The disappointment after getting your hopes too high once more.”

Remo took a sip from my drink, then swirled it in the glass.

“You left it standing there. It’s a limited-edition Don Papa rum that costs a fortune. I’m not leaving it there so Adamo can desecrate it into a fucking Cuba Libre.”

I choked out a laugh and held out my hand. “I need another sip.”

Remo handed the glass to me and I took a large gulp, shuddering at the strength of the alcohol. “Fucking waste of good rum. You hate hard liquor.”

“I do, I said and returned the remaining drink to Remo. I thought it would help.”

Remo gave me a twisted smile. “When has alcohol ever helped with anything.”

“It can help you forget.”

“For a few hours but it lets you crash all the harder when you remember again.”

I bit my lip, knowing he was right. We’ve been trying for so long.

Remo tilted his head in consideration. There was no pity in his eyes, which was good, and why I loved to talk to Remo. “Is Nino shooting blanks?”

I blinked, still, after all this time, stunned by Remo’s directness. “I don’t know, but I don’t think it’s him. It’s my fault. I just know it deep down. Something is wrong with me. Maybe I don’t deserve to be happy. First my parents, then Durant and now this.” I started gasping in air as despair and sadness crowded in my chest. I couldn’t believe I’d said those words aloud. They’d been haunting me for a long time now.

I couldn’t. Remo grabbed my ankle, startling me. My head jerked up. He rarely touched me. I swallowed as I focused on his dark eyes.

“It’s no one’s fault, and nothing’s fucking wrong with you, got it?”

Remo downed the remaining rum. “Life’s fucking unfair. It wants to crush you but you can’t let the bitch win. You’ve got to force her to play by your rules.”

Where Romance and Pop Culture Live Happily Ever After.
All Posts
PrevPreviousContemporarily Ever After: Top Picks for the Week of July 28th
Next4 Romances for Your Next Self-Care DayNext