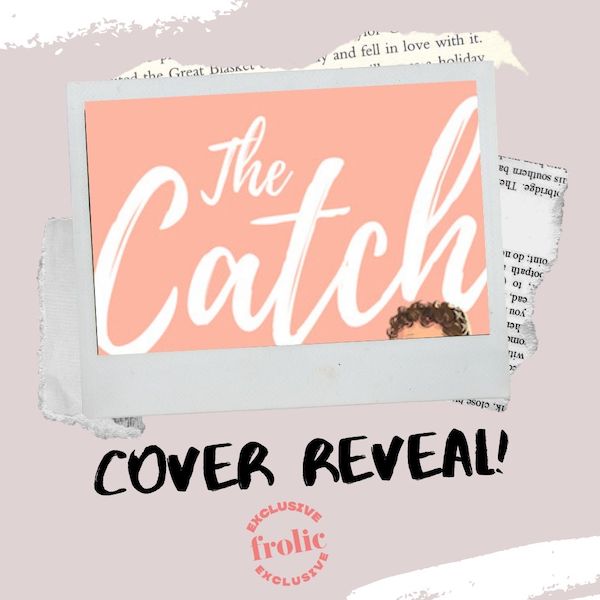 Hi beautiful readers! I’m so excited to be here today to share with you a brand new cover. Plus I really want you all to know about this new romance book and add it to your 2020 lists. I get so happy when authors approach me to do this kind of thing so when Lauren H. Mae did, I was very thankful that she trusted me to do the reveal. And when I saw the beautiful cover that accompanies this great story, I was completely sold! If you’re into illustrated covers, this one is definitely for you. I love the soft pink color and it screams cuteness, right?! 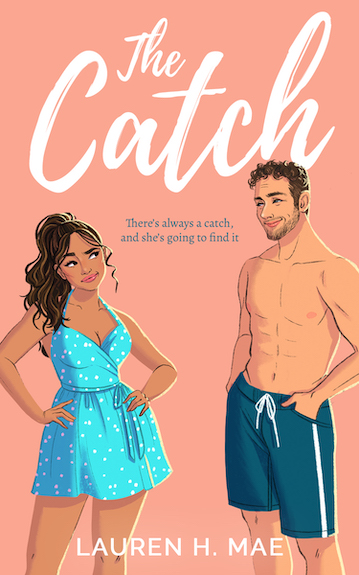 Catia Roday has learned the hard way that love always disappoints, so when she finds herself falling for Josh Rideout—the handsome, charming, seemingly-perfect guy she just met on vacation—only to find out they hail from neighboring towns, she has one question: what’s the catch?

Unwilling to let love make a fool of her again, Cat tries desperately to ignore the chemistry between her and Josh, but it isn’t easy when their vacation plans keep overlapping. With the universe constantly throwing them together, and her friends practically staging an intervention to tell her she’s making a huge mistake, she decides to prove her point once and for all. On the way home, Cat makes a bet. She’ll take her budding vacation romance back to the real world, and when she proves Josh is too good to be true, she wins! (And she avoids another heartbreak.)

What ensues is a series of tests and games with Josh one step ahead of her the whole time, until Cat realizes her friendly wager has her betting against the one man who might be able to revive her faith in love. Worse yet, it turns out Josh isn’t the gambling type.

The beach wasn’t deserted, but the few people who roamed it at this hour were enjoying the waves from afar, no one daring the water. A flash of light lit up the distant horizon, flickering wildly across the clouds and startling her, before quickly handing the sky back over to the night.

Cat hesitated. She’d been playing in the ocean all day, but now it had magically evolved into a dark and brooding force in the dark. She was suddenly nervous about exploring it. “Maybe this wasn’t such a good idea.”

“It’s just heat lightning,” Josh said. “It’s still far away.” He had a confidence in his estimation that she assumed came from living on the coast, under undiluted night skies and open air where people could really feel nature. It fit him to know that.

They continued down to the edge of the water, dropping their things on the sand along the way. The lazy advance of the tide began to reach her toes and she turned to him, anticipation skittering through her veins. “Ready?”

“I am if you are,” he replied. She wondered if they were still talking about swimming.

Making the decision that she was ready, whatever the proposition, she grabbed his hand and waded in, letting the water splash the front of her thighs. She could feel his eyes on her and she let their fingers fall apart, continuing until she was waist deep. Leaning backwards into the water, arms outstretched to keep afloat, she smiled brightly at her own bravery. This wasn’t so hard.

Josh followed in after her, recapturing her hand and pulling her up against his chest in one smooth motion. The courage she’d been riding on quickly deflated, making way for a feeling akin to leaning over the railing on a rooftop balcony and letting yourself imagine the fall.

“Cat?” His voice was a low rumble, and he tipped her chin up with his fingertips. “Would it be okay if I kissed you? I’ve been trying all day.”

Well, that didn’t take long. But she supposed that’s why they were there. Her heart thudded as she settled against him, studying the restraint on his face. He was giving her control, and she desperately wanted to take it, to flirt and make him dangle in uncertainty for a few more moments. Her attempts at a smart answer were defeated, though, by the way the moonlight was cast across his strong jaw and glowing eyes. All she could do was nod.

It was enough. Josh took her face in his hands again, the way he’d done at the bar, but this time there was no way he was pulling back. She squeezed her fingers around his arms, and his eyes rolled shut for a long blink. When they opened again, his fully bloomed pupils had turned his blue eyes almost black, the way the night had darkened the sea. She was equally as intimidated by the change, like at any moment she might be swallowed up by either one.

Josh’s hands remained innocuously on her hips as he pulled her closer and slowly leaned down. By the time he finally pressed his full bottom lip between hers, she thought she might faint from holding her breath. He pressed again, parting her lips and letting their tongues gently touch. The kiss was sweet, respectful—everything she would have wagered against in such a charged moment, and her whole body melted like butter in his hands.

Cliché, she tried to tell herself, as she stood there tasting mint and alcohol on his tongue, letting him hold her like she was something precious to him. She would have rolled her eyes at herself if they weren’t squeezed shut in reverence to the moment.

Finally, he pulled away with a sweet smile that dropped straight into that empty cavern behind her rib cage and began unpacking its bags. He set her back down on the sandy bottom, and clasped his hands behind the small of her back, holding her up. Thankfully, or she might have just floated away after that kiss, never to be heard from again.

Lauren H. Mae is a romance author who loves a hard-earned happy ever after. She loves to break her characters’ hearts, then put them back together bigger and happier than they were before.

Her books are full of strong friendships, hard life lessons, and love that endures the biggest ups and downs. The Catch is her debut novel and is the first book of the Summer Nights Series.

Lauren lives in New England with her husband and two sons. She survives the cold by binging romance in either book or movie format, and she owes almost all of her writing success to her slight addiction to Red Bull.

Hi, I'm Sil! 21. Mexico. she/her pronouns. I am the owner of the book blog, The Book Voyagers, where I blog and review books. Mainly, I focus on recommending and reviewing diverse books written by marginalized authors. You might also know me for doing book aesthetics and just shouting in capital letters about new books releasing. I'm a big fan of Adult Romance, but I also love Young Adult especially contemporary fiction and fantasy.
All Posts
PrevPreviousDaily Frolic: Spotify Wrapped 2019 is Here and Here’s How to Get Yours
NextNew Adult Corner: Top Picks for NovemberNext