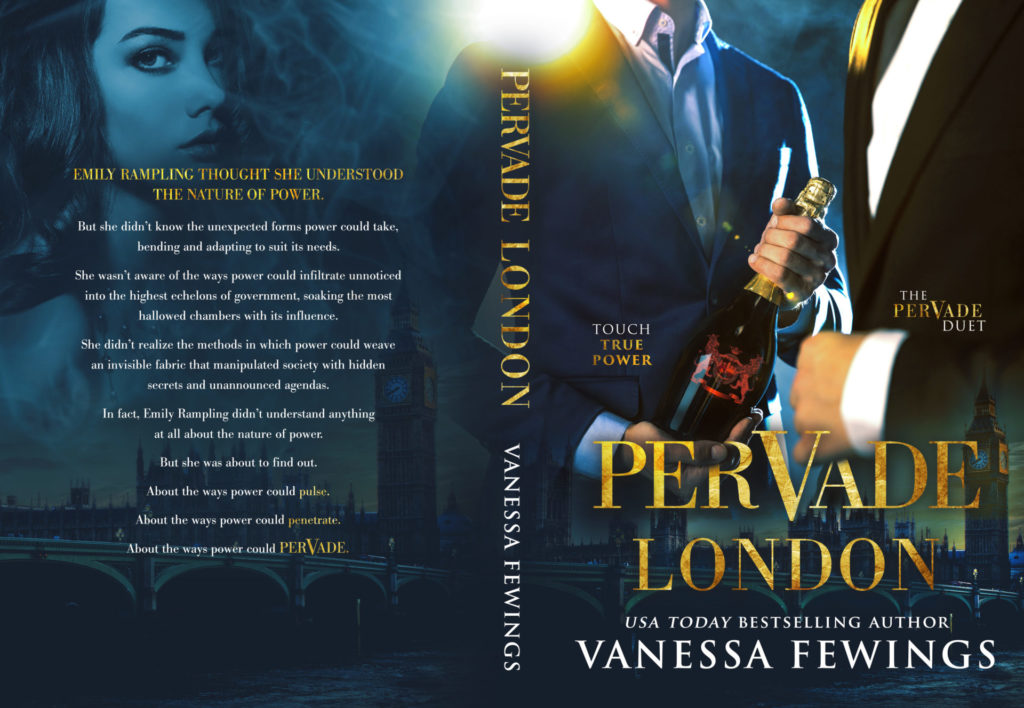 Emily Rampling thought she understood the nature of power.

But she didn’t know the unexpected forms power could take, bending and adapting to suit its needs.

She wasn’t aware of the ways power could infiltrate unnoticed into the highest echelons of government, soaking the most hallowed chambers with its influence.

She didn’t realize power could weave an invisible fabric that manipulated society with hidden secrets and unannounced agendas.

In fact, Emily Rampling didn’t know anything at all about the true nature of power.

Vanessa Fewings is a USA TODAY bestselling author. Her latest series is The Icon Trilogy, a romantic suspense about Zara Leighton, London’s most brilliant art investigator on the hunt for the notorious thief known as Icon.

Vanessa’s previous novels include the bestselling Enthrall Sessions, a romance series spanning eight books about a woman who gets swept up into Enthrall, L.A.’s premier club that caters to the secret desires of the elite.

Readers can also listen to Vanessa as she hosts the weekly podcast The Romance Show, a captivating podcast featuring authors and industry professionals in the romance genre.

Prior to publishing, Vanessa worked as a registered nurse and midwife. She holds a Masters Degree in Psychology. She has traveled extensively throughout the world and has lived in Great Britain, Germany, Hong Kong, Cyprus and the USA.

Born and raised in England, Vanessa now proudly calls herself an American and resides on the East Coast with her husband and their foxhound Sherlock.

Where Romance and Pop Culture Live Happily Ever After.
All Posts
PrevPreviousFour Ways To Have A Perfect Galentine’s Day
NextDaily Frolic: We Rate DogsNext