Exclusive: Cover Reveal of ‘Some Like it Plaid’ by Angela Quarles 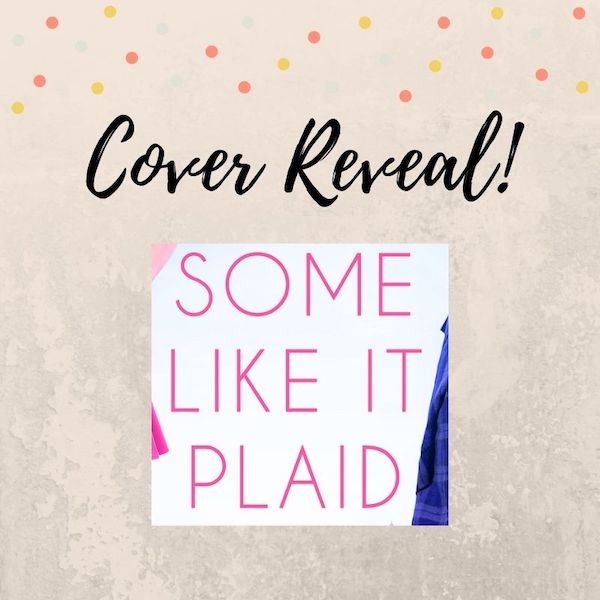 We are so excited to share with you the amazing cover from Angela Quarles’ Some Like it Plaid, coming soon! 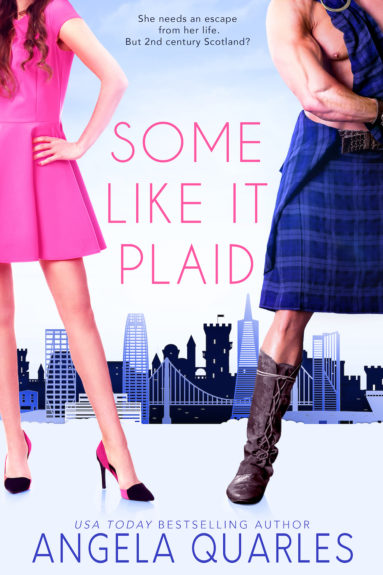 When Ashley Miller sees a Craigslist ad for an all-expense paid vacation to Scotland with a handsome Highland “escort”, she’s all over it. Worn out from working two jobs to pay off the debts her scam artist ex-husband left her with, she just needs a friggin’ break already. Rolling, misty mountains of the Scottish Highlands, here she comes!

But one minute she’s sipping a latte and the next she’s zapped to the 2nd century and promptly informed she’s managed to wed her handsome Highlander without even an “I do.” Oh, hell no.

After a devastating tragedy, Connall’s tribe is left with few marriageable women. When his Druid priest suggests a place filled with bonnie lasses, he of course agrees to go fetch one for himself. But nothing prepared Connall for his sassy new wife, nor his tribe for a woman determined to see equal rights for all women.

Now the men are threatening revolt if he can’t rein his young wife in, but it might be too late. The women are demanding the men get “woke”—which of course makes no sense because they already woke that morn—and give women “the vote,” whatever the bloody hell that is. Despite all that, Connall can’t stop wanting to convince his wife to get naked, and he’s starting to wonder if he’s been bewitched.

Only the more he gets to know her, the more he starts to think she’s just what they needed. If only he survives her next demand…

An avid reader herself, Angela Quarles writes books she’d like to read–laugh-out-loud, smart, sexy romances that suck you into her worlds and won’t let you go until you reach The End. She is a RWA RITA® award-winning and USA Today bestselling author of contemporary, time travel, and steampunk romance. Library Journalnamed her steampunk, Steam Me Up, Rawley, Best Self-Published Romance of 2015 and Must Love Chainmail won the 2016 RITA® Award in the paranormal category, the first indie to win in that category. Angela loves history, folklore, and family history and combined it with her active imagination to write stories of romance and adventure. Find her here: https://angelaquarles.com/

Where Romance and Pop Culture Live Happily Ever After.
All Posts
PrevPreviousAnimorphs, Sorceresses, and Angels, Oh My! By Victoria Davies
NextHoppily Ever After: How a Rabbit Rescue Inspired Romance by Amy AndrewsNext