Exclusive: Cover Reveal of The Fate of the Tala by Jeffe Kennedy 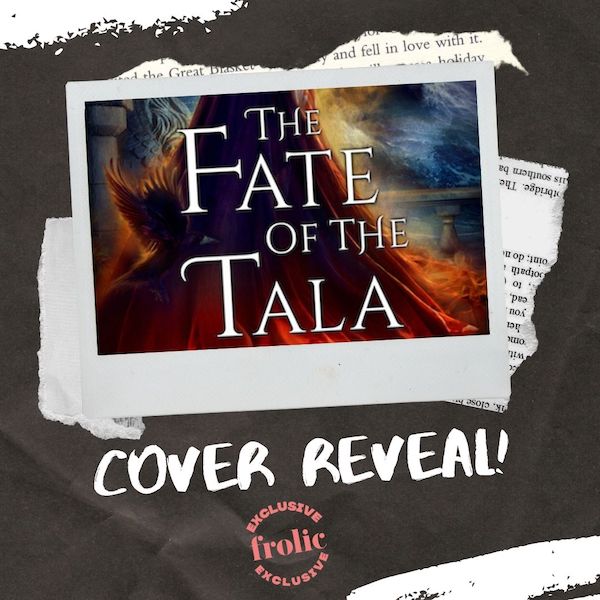 We are so excited to share with you the amazing cover of The Fate of the Tala by Jeffe Kennedy, coming soon! 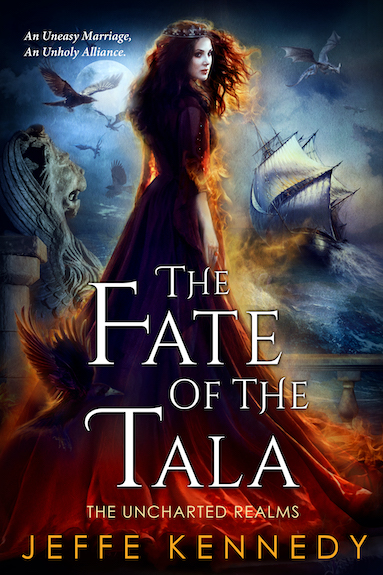 About The Fate of the Tala:

The tales tell of three sisters, daughters of the high king. The eldest, a valiant warrior-woman, conquered her inner demons to become the high queen. The youngest, and most beautiful outlived her Prince Charming and found a strength beyond surface loveliness.

And the other one, Andi? The introverted, awkward middle princess is now the Sorceress Queen, Andromeda—and she stands at the precipice of a devastating war.

As the undead powers of Deyrr gather their forces, their High Priestess focuses on Andi, undermining her at every turn. At the magical barrier that protects the Thirteen Kingdoms from annihilation, the massive Dasnarian navy assembles, ready to pounce the moment Andi’s strength fails. And, though her sisters and friends gather around her, Andi finds that her husband, Rayfe, plagued with fears over her pregnancy, has withdrawn, growing ever more distant.

Fighting battles on too many fronts, Andi can’t afford to weaken, as she’s all that stands between all that’s good in the world and purest evil.

For Andi, the time to grow into her true power has come. . .

Print copies will be available after release.

Her award-winning fantasy romance trilogy The Twelve Kingdoms hit the shelves starting in May 2014. Book 1, The Mark of the Tala, received a starred Library Journal review and was nominated for the RT Book of the Year while the sequel, The Tears of the Rose received a Top Pick Gold and was nominated for the RT Reviewers’ Choice Best Fantasy Romance of 2014. The third book, The Talon of the Hawk, won the RT Reviewers’ Choice Best Fantasy Romance of 2015. Two more books followed in this world, beginning the spin-off series The Uncharted Realms. Book one in that series, The Pages of the Mind, was nominated for the RT Reviewer’s Choice Best Fantasy Romance of 2016 and won RWA’s 2017 RITA Award. The second book, The Edge of the Blade, released December 27, 2016, and was a PRISM finalist, along with The Pages of the Mind. The next in the series, The Shift of the Tide and The Arrows of the Heart came out in August, 2017, and October, 2018. A high fantasy trilogy, The Chronicles of Dasnaria, taking place in The Twelve Kingdoms world began releasing from Rebel Base books in 2018. The novella, The Dragons of Summer, first appearing in the Seasons of Sorcery anthology, finaled for the 2019 RITA Award.

3 thoughts on “Exclusive: Cover Reveal of The Fate of the Tala by Jeffe Kennedy”

Where Romance and Pop Culture Live Happily Ever After.
All Posts
PrevPreviousBook Nerdery: Avery Flynn talks with Author Dylan Allen about Meghan Markle, Self-Love and Her New Book!
NextMargaret Rogerson: “She’s aspirational for me because she’s badass without sacrificing her idealism”Next