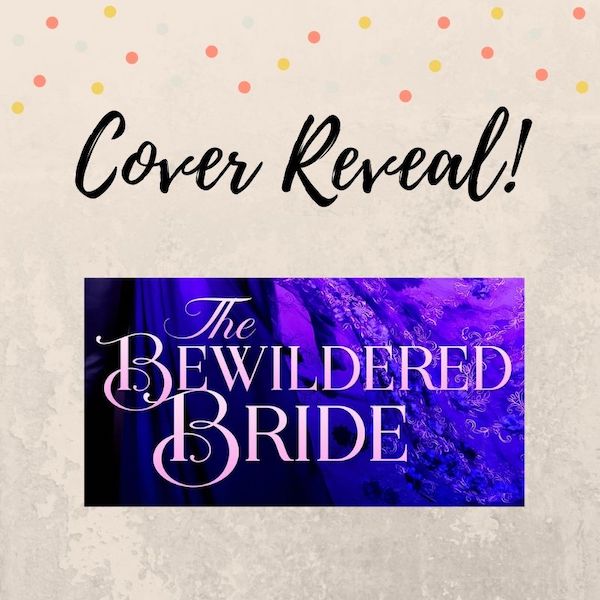 We are so excited to share with you the beautiful cover from Vanessa Riley’s The Bewildered Bride out August 12th! 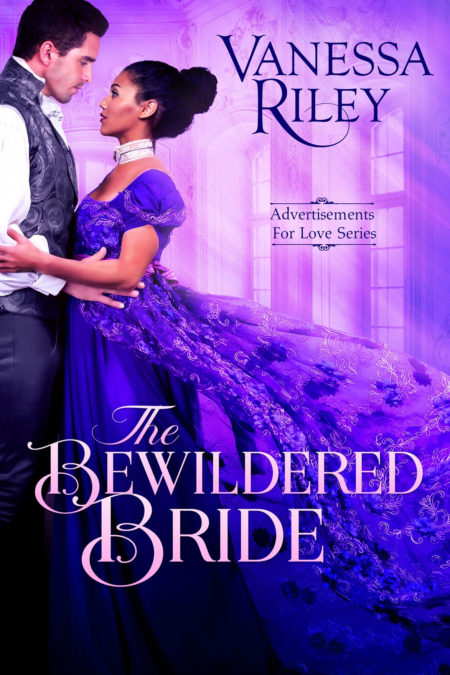 About The Bewildered Bride:

Ruth Croome, a Blackamoor heiress, was supposed to get married in a gorgeous wedding gown, made from her father’s exquisite fabrics. Instead, they eloped to Gretna Green and upon returning, their carriage was beset by highwaymen and she witnessed the murder of her new husband. Now, four years later, with a child, she wants to move on with her life. A marriage of convenience will do. Ruth already had a love for the ages.

Adam Wilky is really the heir to the Wycliff barony—which he never told Ruth. Too much danger. So many secrets. When he was nearly beaten to death and sold into impressment he thought Ruth had died too. Ready for revenge, he finally returns and discovers Ruth alive—with a son who could only be his—and is furious to discover he lied to her. Now it’ll take more than remembered passion if he hopes to win his reluctant wife back…

Vanessa Riley writes Regency and historical romances featuring multi-cultural communities and powerful persons of color. Her award-winning series, Challenge of the Souls, Advertisements for Love, and The Bargain have attracted fans from around the world. With over twenty-titles in print, Vanessa’s hybrid publishing career spans self-published Regency and Victorian novels and novellas and traditional titles with Barbour, Entangled, and Kensington. Find her here: www.VanessaRiley.com

Where Romance and Pop Culture Live Happily Ever After.
All Posts
PrevPreviousYour ‘Ayesha at Last’ Style Guide is Here!
NextDaily Frolic: ‘The Hating Game’ movie now has an OFFICIAL Instagram account!Next