Exclusive: Excerpt of Driving Me Wild by Mia Carter 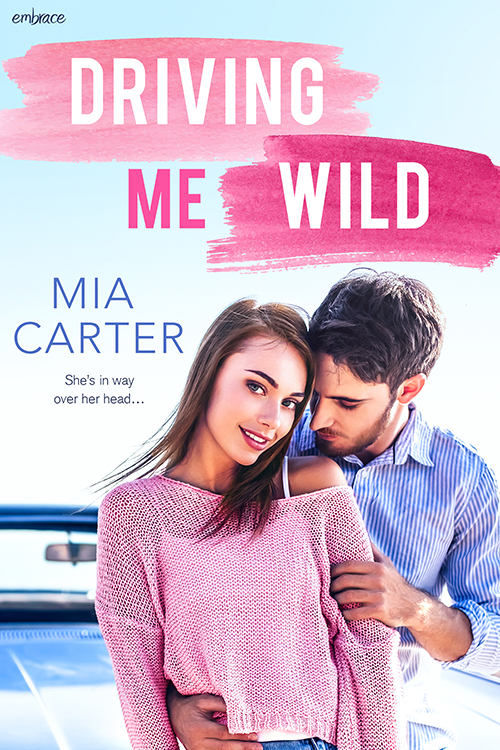 We are so excited to share with you an exclusive excerpt from Mia Carter’s new novel Drive Me Wild out September 16th!

About Drive Me Wild:

I never in a million years thought that finding a lost pair of keys would lead to adventure.

All my life, I’ve been perfectly average. Compared to the rest of my high-achieving, type-A family, it feels impossible to stand out. While I’d love to make my big artistic dreams happen, I’m kind of stuck, thanks to a bunch of lame things like “affordable rent” and “keeping the internet on.” Dreaming doesn’t pay the bills. Freelance design work and part-time rideshare driving does. And it’s nice, for the most part. Finding a passenger’s thumb drive usually means reporting, returning, yay-hurrah-good-job-me. Except this time.

This time, I put the thumb drive in my computer. Hey, I’m just trying to be helpful! Suddenly a chat window pops up and the owner of the drive is bribing me to fly halfway across the world. Today. Turns out he’s the super hot fare I haven’t been able to stop thinking about…who just so happens to be Logan Weiss—the crazy-hot 29-year-old billionaire known as “the most eligible bachelor in tech”. What the hell am I even doing?

I had hoped that lunch with Chloe would make things easier.

Just a short reprieve from reality. Something of a harmless distraction—but instead, the promise of freedom was almost too much. I should know how to be better than this. To be more focused than this, to keep my goals ahead of me and not get pulled away. But instead, all my calm assurance flees, and I’m left with nothing but the image of her eyes filled with delight and humor and amusement. The way she laughs, the gentle, curious smile when she knows something before she’s going to say it.

I’ve known Chloe for less than two days. These feelings, whatever they are, aren’t logical.

Do I truly know her?

If I’m honest with myself, if I apply some of that treasured logic and analytical power to this situation, I have to say that the answer is no. I don’t know her family, know her favorite holidays, whether she likes celebrating her birthday with friends or likes to stay in and keep it simple.

I don’t know what she believes, if she thinks there’s some grand design to the universe, a method behind the chaos, if she looks to the stars in wonder or searches for meaning in ancient texts. I don’t know her inner hopes and dreams, her fears, her desires.

But I want to.

I want to know more. I know how she laughs, how she feels in my arms. I know that she doesn’t understand how to take a compliment. Not because she’s demure or playing games. She really doesn’t know her potential.

It’s like nobody’s ever told her. Or seen it.

By any reasonable, on-paper standard, Chloe is nothing to me, practically a stranger. But if this had begun some other way, it could be so different.

But I can’t afford to let these thoughts distract me from my purpose.

Inside the convention hall, I check my watch.

Mia Carter lives in the beautiful Pacific Northwest and spends her days enjoying nature, dreaming of the next travel adventure, knitting up unraveled plot threads, and playing way too many video games.