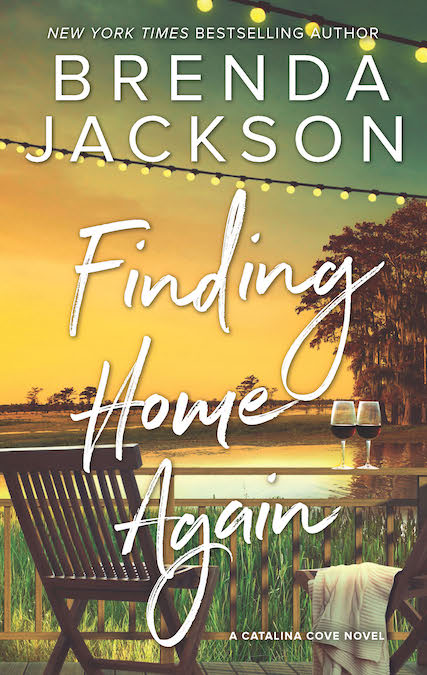 We are so excited to bring you an exclusive excerpt of Finding Home Again by the inimitable Brenda Jackson.

About Finding Home Again, out today!

First love. Second chances. In Catalina Cove, anything can happen…

Ten years ago, Kaegan Chambray went to his sweetheart Bryce Witherspoon’s with an engagement ring in his pocket…and had his dreams shattered. Now he’s returned to Catalina Cove to run the family seafood shipping business and make his home. But no place has ever felt like home since losing Bryce.

Bryce Witherspoon’s heart still races every time she sees Kaegan, no matter how much she tells it not to. He broke her heart when he walked away all those years ago. But when the lie that tore them apart is revealed, Kaegan is determined to make up for lost time.

Soon Kaegan is surprising her with a sweet and sexy courtship, and she’s reminded of the man she once knew and is getting a glimpse of the man he’s become. Bryce swore never to forgive him, but beneath the hurt runs the one thing Bryce fears the most: that irresistible, oh-so-familiar jolt of attraction. She thought she’d buried that part of herself, but maybe, just maybe, it’s possible to have the future they once imagined — if only they give love a second chance.

A flash of pink moving around in his house made Kaegan frown when he recalled just who’d worn that particular color tonight. He glanced back at Sasha. “Tell Farley that I hope he starts feeling better. Good night.” Without waiting for Sasha’s response, he quickly walked off, heading inside his home.

He heard a noise coming from the kitchen. Moving quickly, he walked in to find Bryce Witherspoon on a ladder putting something in one of the cabinets. Anger, to a degree he hadn’t felt in a long time, con­sumed him. Standing there in his kitchen on that lad­der was the one and only woman he’d ever loved. The one woman he would risk his life for and recalled doing so once. She was the only woman who’d had his heart from the time they were in grade school. The only one he’d ever wanted to marry and have his babies. The only one who…

He realized he’d been standing recalling things he preferred not remembering. What he should be remem­bering was that she was the woman who’d broken his heart. “What the hell are you doing in here, Bryce?”

His loud, booming voice startled her. She jerked around, lost her balance and came tumbling off the ladder. He rushed over and caught her in his arms be­fore she could hit the floor. His chest tightened, and his nerves, and another part of his anatomy, kicked in the moment his hands and arms touched the body he used to know as well as his own. A body he’d introduced to passion. A body he’d—

“Put me down, Kaegan Chambray!”

He started to drop her, just for the hell of it. She was such a damn ingrate. “Next time I’ll just let you fall on your ass,” he snapped, placing her on her feet and try­ing not to notice how beautiful she was. Her eyes were a mix of hazel and moss green, and were adorned by long eyelashes. She had high cheekbones and shoulder-length brown curly hair. Her skin was a gorgeous honey-brown and her lips, which were curved in a frown at the mo­ment, had always been one of her most distinct traits.

Her sharp tone made him realize he’d been stand­ing there staring at her. He fought to regain his senses. “What are you doing, going through my cabinets?”

She rounded on him, tossing all that beautiful hair out of her face. “I was on that ladder putting your spices back in the cabinets.”

He crossed his arms over his chest. “Why?”

“Because I was helping you tidy up after the party by putting things away.”

She had to be kidding. “I don’t need your help.”

“Fine! I’ll leave, then. You can take Vashti home.”

Take Vashti home? What the hell is she talking about? He was about to ask when Vashti burst into the kitchen. “What in the world is going on? I heard the two of you yelling and screaming all the way in the bathroom.”

Kaegan turned to Vashti. “What is she talking about, me taking you home? Where’s Sawyer?”

“He got a call and had to leave. I asked Bryce to drop me off at home. I also asked her to assist me in helping you straighten up before we left.”

Bryce rounded on him. “Why don’t you tell her what you told me? Namely, that you don’t need my help.”

He had no problem doing that. Glancing back at Vashti, he said, “I don’t need Bryce’s help. Nor do I want it.”

Bryce looked at Vashti. “I’m leaving. You either come with me now or he can take you home.”

Vashti looked from one to the other and then threw up her hands in frustration. “I’m leaving with you, Bryce. I’ll be out to the car in a minute.”

When Bryce walked out of the kitchen, Kaegan turnd to Vashti. “You had no right asking her to stay here after the party to do anything, Vashti. I don’t want her here. The only reason I even invite her is because of you.”

Kaegan had seen fire in Vashti’s eyes before, but it had never been directed at him. Now it was. She crossed the room, and he had a mind to take a step back, but he didn’t. “I’m sick and tired of you acting like an ass where Bryce is concerned, Kaegan. When will you wake up and realize what you accused her of all those years ago is not true?”

He glared at her. “Oh? Is that what she told you? News flash—you weren’t there, Vashti, and I know what I saw.”

“Yes. So you can believe the lie she’s telling you all you want, but I know what I saw that night.”

Vashti drew in a deep breath. “Do you? Or do you only know what you think you saw?”

Then swithout saying anything else, she turned and walked out of the kitchen. 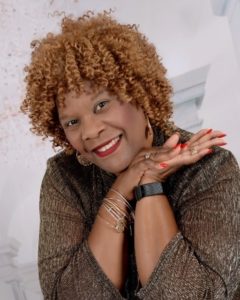 Brenda Jackson is a New York Times bestselling author of more than one hundred romance titles. She lives in Jacksonville, Florida, and divides her time between family, writing and traveling. Email her at authorbrendajackson@gmail.com or visit her on her website at brendajackson.net.

Where to Find Brenda:

Keira Soleore writes for the International Examiner and Cogitations & Meditations. She enjoys connecting with readers on Twitter (@keirasoleore) and through her website (www.keirasoleore.com). Her interests include medieval manuscripts, philosophy, poetry, picture books, choir, sunshine and beaches. Keira is a pseudonym.
All Posts
PrevPreviousScholastic Book Fairs and other Nostalgia You’ll Love If You’re a 90s Kid
NextTrope Rec Tuesday: Everyone Can See It, But You Two!Next