Exclusive: Excerpt of Frost and Flame by Gena Showalter 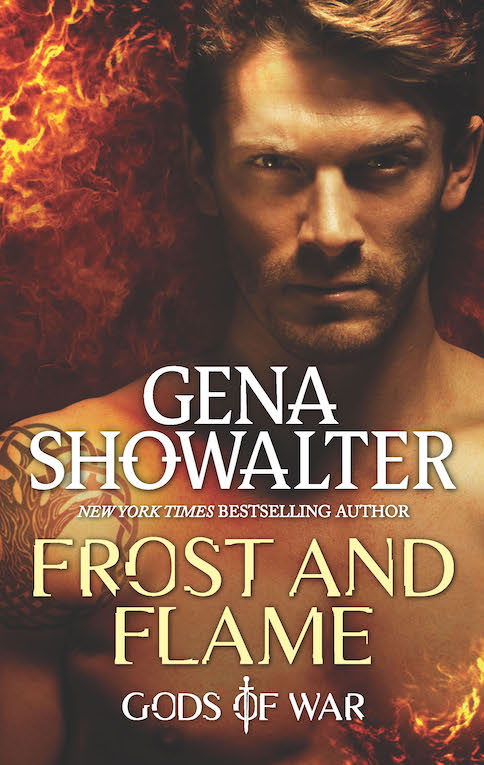 Author Gena Showalter is back with the second book in her Gods of War series with Frost and Flame. We are so excited to share an exclusive excerpt from the book.

About Frost and Flame

Bane of Adwaeweth is the most feared immortal warrior in All War history. Possessed by a bloodthirsty beast, he will stop at nothing to win. Then he meets irresistible Nola Lee. He hates the power she wields over him, but she alone can rain vengeance upon his wife’s killer.

Unaware of her destiny to rule as queen of beasts, Nola battles illness, addiction and vulnerability. With Bane, however, she experiences pleasure for the first time, and only wants more. But being with him comes with a terrible price.

With enemies lurking around every corner, Bane and Nola must fight to survive. But time is running out, and neither can resist the sizzling attraction blazing between them. Will their romance save the beast and his beauty, or destroy everything they’ve come to love?

“Writing Frost and Flame was a labor of love.  I had so much fun playing with the Beauty and the Beast theme.  Bane, the hero, has a literal beast trapped inside him. Anytime he loses control, the beast transforms him into a bloodthirsty dragon-like being.  And how could he not lose control all the time? He’s a combatant in the All War. Leaders from across the galaxies sent a representative to battle for Earth. Winner gets the planet, all losers die. Then, Bane comes face to face with his worst nightmare—a secret royal princess with the power to control beasts. He hates her, but he wants and needs her, too.  Let’s take a peek at one of their first interactions…”

Bane stopped thrashing as soon as he glimpsed Nola, and she reveled. He looked…enchanted by her. He even reached out to sift a lock of her hair between his fingers. The jet-black strands complemented his golden skin tone.

“Pretty,” he said, then scowled and released the strands with a huff. “You can go now.”

Oookay. Losing an appendage made him cranky. Noted. And dang it, had anyone told her she’d one day calmly and casually regard an immortal warrior’s foot amputation, she would have laughed in their face.

To keep him distracted from the pain, she said, “You blame me for the removal of your foot.  Why?” As she spoke, she looped a belt and slid the leather to the middle of his calf, then cinched it as tight as possible to cut off his circulation.

He bellowed a curse with such fury, she ducked, expecting a punch.

The action only made him angrier. But he gentled his tone, saying, “I won’t hurt you, Nola.”

Deep breath in, out. “Good to know.” If he’d told the truth.

He observed her intently, a look of homicidal murder crossing over his face. “Has someone hurt you in the past?”

Great! He sounded rage-y again. “Let’s focus on you and your missing foot, and me and my connection to you. Okay?”

Between panting breaths, he told her, “I fought to protect you.  For my efforts, I got pinned by an ice boulder. To escape the collapsing cavern and track you, I had to remove the foot. Only, another combatant took you, and he’s very good at hiding. I lost your trail and came here to recover and reach out to you telepathically.”

“The foot,” he’d said, not “my foot.” The distinction mattered and roused her sympathies. She knew he felt removed from his body, a phenomenon she’d often battled thanks to her fibromyalgia.

“Did you hope to converse with me because of what you said before?  That you sensed Adwaewethian blood in me?” Was she an alien? An other-worldly lineage might explain some of her stranger idiosyncrasies. She rocked back on her haunches, saying, “Which is impossible.  I’ve lived on Earth—Terra—my entire life. How can I be from your world?”

A muscle jumped underneath his eye. “How else? There’s an Adwaewethian breeder in your family tree.”

How blithely he said those words, changing the course of her entire life. If true, of course. “Is that why you spoke inside my head all these years, demanding I find you?”

Snubbing the question, he reached out and cupped the back of her nape, his grip bruising. Shock and fury darkened his expression. “You’re real. You’re real, and you’re here. You’re here with me. You’re not an illusion I conjured to distract me.”

Things started softening inside her. “Just so you know, you break me, you buy me.”

“You’re here, and you’re here,” he repeated.  With a single yank, he forced her face closer to his, their mouths only a whisper apart.

She gasped. He stared, hard, his gaze searching hers. Up close, his eyes resembled liquid gold, molten and smoldering, his frame of long, black lashes the stuff of dreams. Literally! Nola had never thought to be within touching distance of her golden god, and now she was… reeling. “I’m real, and you are an honest to goodness alien…like me, apparently.” To believe, or not to believe?

“You are more than an alien.  You are a dream, and a nightmare. My salvation and my damnation, rolled into one beautiful package. I hate you.”

She flinched, the admission hitting her like a fist. What had she done to deserve such rancor?  And dang it! Every time he exhaled, she inhaled, breathing in all that spice and musk. Her belly quivered, and heat pooled between her legs.

Did he feel arousal, too? He must. As they stared at each other, awareness charged the air.

“How can I be your salvation and your damnation?” she asked softly.

“Because,” he snarled.  “You are my everything.” 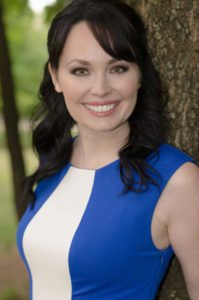 Gena Showalter is the New York Times and USA TODAY bestselling author of over fifty books, including the acclaimed Lords of the Underworld and Angels of the Dark series and the White Rabbit Chronicles. She writes sizzling paranormal romance, heartwarming contemporary romance and unputdownable young adult novels. She lives in Oklahoma City with her family and a menagerie of dogs.

Keira Soleore writes for the International Examiner and Cogitations & Meditations. She enjoys connecting with readers on Twitter (@keirasoleore) and through her website (www.keirasoleore.com). Her interests include medieval manuscripts, philosophy, poetry, picture books, choir, sunshine and beaches. Keira is a pseudonym.
All Posts
PrevPreviousGet Cozy, It’s Finally Time for Fall Fashion!
NextBook Nerdery: Avery Flynn Quizzes Layla Reyne on the Name Clancy, Foodies and Her New Book!Next