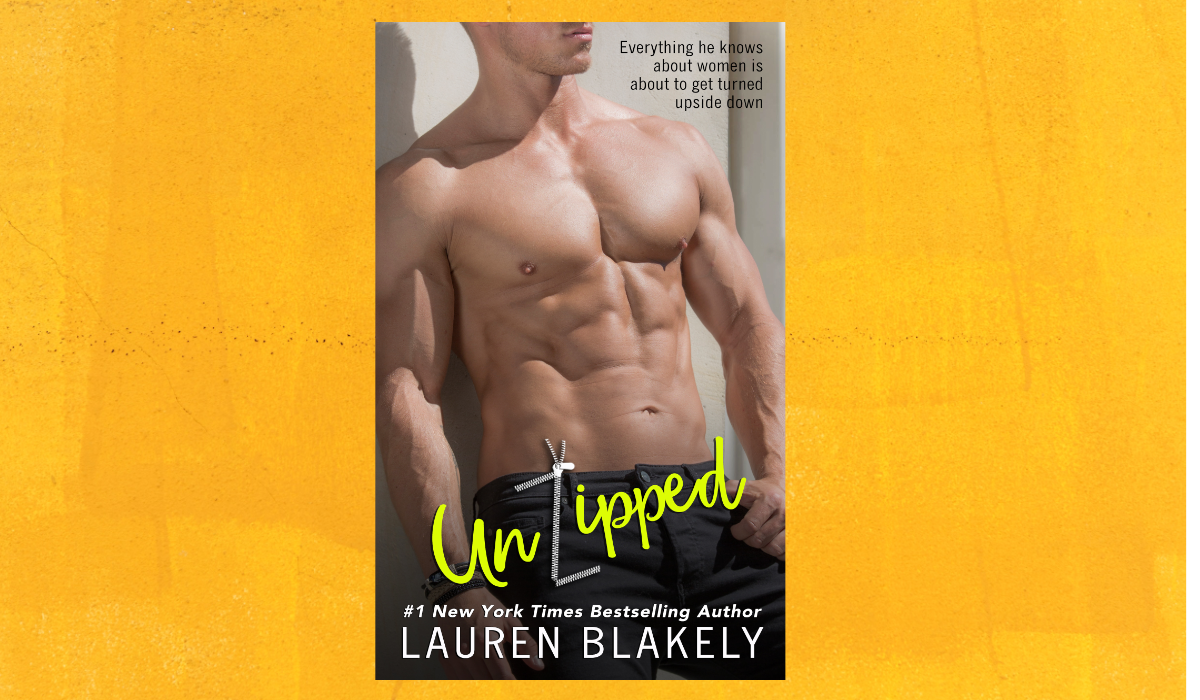 What do you get when you mix a hot nerd, a quirky heroine, and a hilarious meet-cute (featuring a boombox) that goes terribly awry? The newest rom-com from #1 New York Times bestseller Lauren Blakely! 100% of preorder proceeds and first 5 days of sales goes to California Fire Relief Charities!

100% of pre-order proceeds & first five days of sales go to California Fire Relief Charities!
Wanted: hot nerd seeks dating coach.
Picture this – I’m ready to win back the love of my life, and I’m going big this time. We’re talking boom box, sing her name in the rain, let the whole damn neighborhood know I’m good and ready this time around. After all, if you’re going to grand gesture the ever-loving hell out of a second chance, you need to pull out all the stops.
There’s only one little problem.
My college girlfriend isn’t the one who shows up when I play my “I’ll do anything to win you back” tune. The woman who flings open the second-floor window tells me my ex doesn’t live here anymore. But she’ll help me win her back. Anything for romance, anything for a guy so willing to go big for love. And that’s what I want at first. Until I get to know my new “romance coach” and discover she’s funny, clever, and keeps me on my toes. Now I don’t want to win anyone else’s heart. I want the woman who’s been helping me all along. Trouble is – she thinks I’m in love with someone else, and when we take off on a road trip, everything I think I know about women is about to be unzipped and turned inside out.

***
He’s the last person I ever expected to pop into my life, but he might be exactly what I need to save the thing that matters most to me. All I have to do is not fall for him.
Unzipped is a standalone romance! 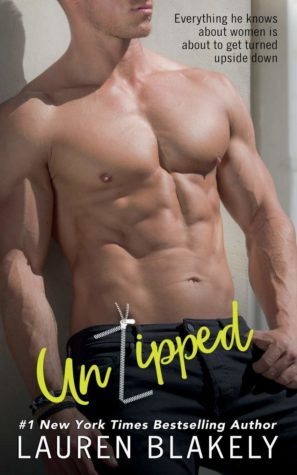 The thing you learn as an engineer is to prepare. To plan. And to test scenarios.

Don’t go into any situation blind. The more data you have, the better off you’ll be.

I looked up my girl on Zillow. I checked property records. Not like a stalker checking out an ex, because that’s not cool, and I aim to be cool. Especially since I spent so much of my younger years being thoroughly uncool. Which might explain why I do my damnedest to avoid social media now. I’m not sure I’d know what to say or post, so why bother?

Since I still have Cassie’s phone number—a reverse number search tells me she didn’t change it from college —the plan is to call her and ask her to come to the window.

But first, since I’m one hour and twenty-seven minutes early, I stop at a coffee shop, grab an iced tea, and review the projects I’m working on, as well as the requests to use my patented safety feature. I check the time, tuck my phone into my jeans, and head to the restroom to brush my teeth. Fresh breath is a prerequisite for any big gesture. I comb my fingers through my thick brown hair then nod at my reflection.

I get back in my car, turn on the GPS, and head to her home, smiling as I set eyes on it. Yellow. Her favorite color.

Somehow, seeing she hasn’t changed that much makes me feel like this can work. She didn’t need to change. I did. I park a block away and do my best to ignore the nerves that are flickering around in my chest.

Tom Cruise wasn’t nervous when he was being chased by Guido the Killer Pimp. I don’t need to be, and my hero, Lloyd Dobler, certainly wasn’t either when he pulled up in his Chevy Malibu.

I grab the clunky boom box from the front seat. Thank God for pawnshops because that’s where all boom boxes have gone to die. Or to find second lives. When I picked this out amid the old electric guitars and gaudy jewelry at Twice Around, a pawnshop near where I live in San Francisco, the grizzled, tatted dude at the counter shook his head in amusement. “Never thought I’d move this bad boy,” he’d said.

“Maybe it was fate that it was waiting for me,” I’d suggested.

“Sure. Fate. How about forty dollars and fate can be yours?”

That was good enough for me. But tracking down a boom box of this size and shape wasn’t even the hardest part. The toughest thing to do? Getting her favorite song, “Unzipped,” transferred onto cassette tape. Ransom’s wife said her parents were pack rats and kept everything, so she found an old mixtape in her folks’ garage, and with a Mac and some elbow grease, I managed to jury-rig a solution to transfer “Unzipped” on top of Debbie Gibson, saving me the trouble of waiting for Amazon to ship me a new cassette tape.

Of course, that also means I get to give my brother’s wife a hard time about how much she loved the bubblegum singer and her tunes like “Lost in Your Eyes” and “Only in My Dreams.”

But then, we’re not that different. Even though I was a kid in the ’90s and a teen in the first decade of this century, I always felt like I was born in the wrong decade. The ’80s are where it’s at for me.

Technically, I could stream “Unzipped” on my iPhone and hold that above my head in the driveway.

But I could also design a roller coaster that doesn’t get above twenty miles an hour. What’s the point of that?

As twilight falls, I walk along the sidewalk. For a moment, I consider the risk I’m taking. Neighbors might get pissed. I could get cited by the cops for disturbing the peace.

Most likely scenario? Since I’m a glass-half-full guy, I’ll say it’s that the love of my life will hear our song, run out the front door, throw her arms around me, and say, “Kyler, I’d been hoping you’d show up today.”

Nope. Won’t go there. Dudes who leave voicemails end up on the never-date list that gets circulated to all women. I hang up.

But I don’t fret, because when I reach her home, a light shines by the front window, and another one flickers upstairs. A car is parked in the driveway. A little red Honda.

I walk halfway up the stone path and plant my feet in a wide stance. I hit the play button and hold the silver beast high above my head at full volume, waiting for the opening notes of the ballad.

Briefly, I wonder if Lloyd Dobler felt at all like he was about to make a gigantic fool of himself. But I decide Lloyd Dobler didn’t feel that way at all. No matter how dorky or nerdy he was, that dude knew how to get things done.

The tune begins, and my jaw drops.

No. No way. No fucking way.

Scrambling, I kneel, setting the boom box on the grass as I stab the stop button. But I hit fast-forward instead. Crap. I hit play once more, and it’s Debbie Gibson, singing about her dreams, and there’s no way this is happening.

No way at all.

I cannot serenade my woman with Debbie Gibson.

I can’t serenade any woman with Debbie Gibson.

I need the Peter Gabriel soundalike and his rocker cool, taking it slow and easy, melting women.

I hit the fast-forward button again. The player makes another squealing noise, and I notice a gray-haired lady a few houses down, peering over her porch swing, watching me.

I slap on a play-it-cool smile even as my heart ticks a million miles an hour.

Finally, when I reach the end of the pop princess’s “Only in My Dreams,” my heart rate starts to settle as “Unzipped” comes on.

That’s all this is. I check out the house. She’s not even at the window yet.

I can do this. I can right this ship.

Especially since there’s a shadow behind the curtain, almost as if she knew she had to wait for me to cue up the song. She knows I’m not the smoothest guy, and she’s okay with that.

This time, our song begins, and as it echoes around me, so do memories, fantastic ones of her and me dancing, laughing, planning to spend the night together.

As the chorus starts, I see feminine fingers tugging at the white curtains at a window on the second floor.

“I want your love unzip—”

The crooner’s voice shorts out and stops.

My shoulders sag, and I groan in epic frustration.

Hitting buttons over and over again, I try to get the song to play. But no music sounds. Instead, the noise that fills the air is the boom box eating the cassette tape. This is why we went digital.

And this leaves me with only one choice.

I raise the boom box above my head a third time, and I do something I only do in the shower or the car.

I’m no Peter Gabriel. I’m definitely no Debbie Gibson. But this will have to do.

I sing my off-key, no-one-would-even-want-to-hearme-sing-Happy-Birthday heart out.

And what do you know? It’s working. Oh hell yeah, it’s working so damn well she yanks back the curtain, flings open the window, and waves.

The woman peering back at me is definitely not Cassandra.