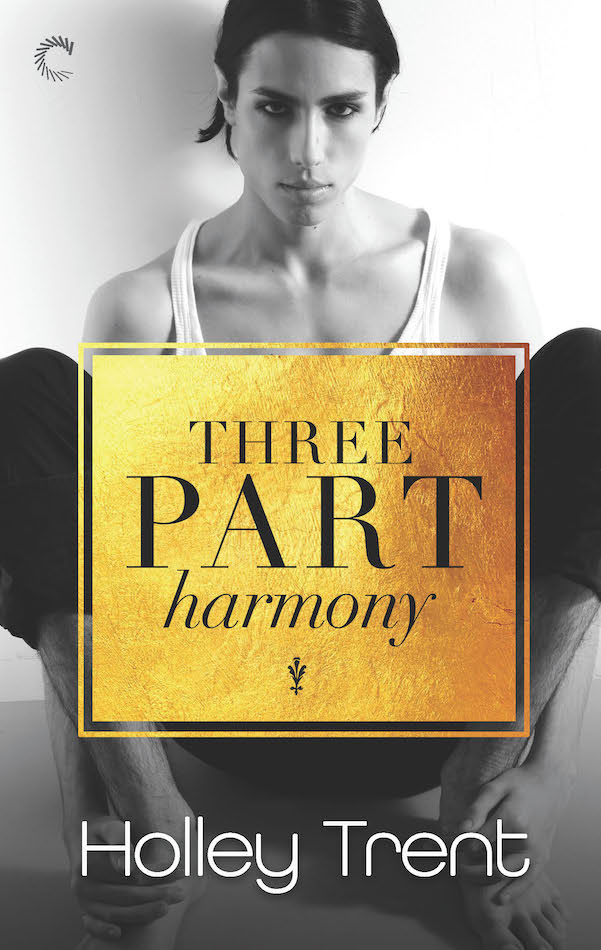 Holley Trent has consistently been writing marvelous stories, and we’re very excited to bring you an exclusive excerpt of her latest book, Three Part Harmony, out August 19th!

Raleigh McKean has borne witness to every conceivable way one person can take advantage of another. He sees it all the time in his job as a book publicist, especially working alongside his boss’s daughter. Everley Shannon would be amazing if she wasn’t such a pain in his ass.

All Raleigh wants is something real. But when the captivating stranger he agrees to go home with turns out to be Bruce Engle, the elusive rock star, it’s a harsh reminder that users are everywhere. Raleigh’s his route to a book deal, nothing more.

What Raleigh doesn’t realize is that the brooding musician is also searching for something real—and it’s possible he’s already found it in Everley’s arms. But is there room in those arms for one more?

With Everley’s own dream of getting out from under her father’s shadow crumbling into chaos, it feels like the perfect time to embrace something new. But when Raleigh’s insatiable attraction to both Everley and Bruce makes it impossible to keep his distance, there’s only one obvious solution…assuming they can learn how to share.

The elevator stopped on the thirtieth floor.

If Bruce had realized how far from ground level they’d gone, he didn’t comment on it. He boldly stepped out and looked around.

“I fibbed,” she said, pausing in front of the closing doors. “You looked stressed and I had a room, so…”

Shockingly, he pulled her into his arms, laid his cheek atop her head, and hugged her tight. “Thank you,” he sighed.

No one ever hugged Everley. She wasn’t sure why. She was perfectly built for hugs, in her opinion, and she loved them.

“I…like being the hero for a change,” she said pitifully.

“You’re not supposed to wear white after Labor Day.”

Everley frowned against Bruce’s chest. “What?”

“Because I look good in white?” It set off the hue of her rapidly fading tan. Soon enough, she’d transition to her winter ensemble of all gray, all the time.

“Tradition of the last century,” he murmured. “Started by the wealthy, of course. They could afford to wear white and have it laundered, and also to limit their wearing of the garments to the warmer months. Most people couldn’t be so picky.”

“You do look stunning in white.” He was still holding her.

She had no desire to complain. The embrace somehow managed to be thoroughly chaste, and yet still soothed a ferocious, deep-seated hunger in her. There was a genuineness in it, or perhaps a kind of acknowledgment she’d been craving. He was good at it. She wondered if he knew.

“Neckline’s a bit low, though.”

“Yeah, so my tits’ll distract people from my mean mug.”

“I come up with a good one every now and then.”

Bruce smelled of leather, musk, and perspiration, but it wasn’t an unpleasant scent. She’d encountered far worse being crammed between businessmen in standing-room-only subway cars. She’d become a champion breath holder—a skill she hoped would up her value if draft time ever came for the apocalypse survival teams.

The elevators behind them opened. People stepped out. Bruce didn’t let go.

She cringed. “Been skipping workouts lately. My trainer stresses me out and I’m afraid I’ll screw up my ankle again.”

“Finer women in the nineteenth century were discouraged from partaking in strenuous exercise. They were thought to be too delicate and so much activity was thought to be harmful to pregnancy.”

“Random facts. They stick to me like lint on wool.”

“Placard out front said that the original structure built here had an unspecified infestation the owners couldn’t be rid of. They set it afire and moved on.”

“Not his actual name. The Hebrew name Yeshua was more likely.”

“I’m observant and curious because learning gives me something to do when I can’t figure out how to be charming. Also, my nan had books.”

She laughed. She couldn’t tell if he was being funny on purpose, but his smile in response hinted that he didn’t mind if she thought he was.

“So did mine, but they were mostly there for decoration. She didn’t want to crack the spines. So fancy, my grandmother. She used to wear shorts with pantyhose.”

He didn’t say anything for a long while and didn’t move when his phone—wherever it was on his person—began to ring incessantly.

He rubbed her back, sighed into her hair. Still so chaste, when he could have easily taken advantage. She didn’t know what it said about her that she’d come to expect that.

“You have somewhere to be,” she said with reluctance. He was nice, and he was charming, despite what he thought. She didn’t feel any urgent need to perform for him. For a change, she could just be herself, even if she couldn’t quite remember who that was. “Where do you want me to take you?”

“Haven’t eaten. They rushed me straight here from the airport. Don’t even know where my bags are or if I have any.”

That was exactly how Everley had ended up at Athena for seven years. She’d said yes, and there she still was.

“All right. So. You want food. I’ll find you something that isn’t an hors d’oeurve.”

“Of course you can sit.” She guided him to her room, quickly hid away her preshower clothes in her overnight bag, and handed him the spare keycard.

“Give me twenty minutes,” she said when he’d settled on the loveseat beneath the window. “I’ll sort this out. Who’s going to be looking for you?”

She pressed her lips together to keep laughter from seeping out.

“Because they put up with me for so long, and I decided that I was tired of being put up with. It fucks with their money, us not being an act anymore. I probably shouldn’t have told you that, but when I’m tired I stop caring.”

Her mouth opened, but whatever light, frothy thing about to fall out of her mouth got choked at the back of her throat.

What he’d said deserved heavy words—significant words—in return, but she didn’t have any. 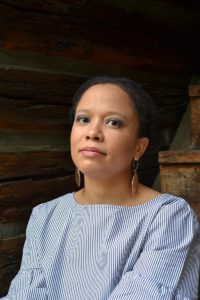 Sign up for her newsletters so you don’t miss a new release or a special sale: http://holleytrent.com/blog/newsletter-sign-up/.

Keira Soleore writes for the International Examiner and Cogitations & Meditations. She enjoys connecting with readers on Twitter (@keirasoleore) and through her website (www.keirasoleore.com). Her interests include medieval manuscripts, philosophy, poetry, picture books, choir, sunshine and beaches. Keira is a pseudonym.
All Posts
PrevPreviousWhat Beginning Writers Can Learn From Fanfiction
NextWhy Readers Can’t Get Enough of Hockey Romance (and Yes, That’s a Thing)  By Kendall RyanNext