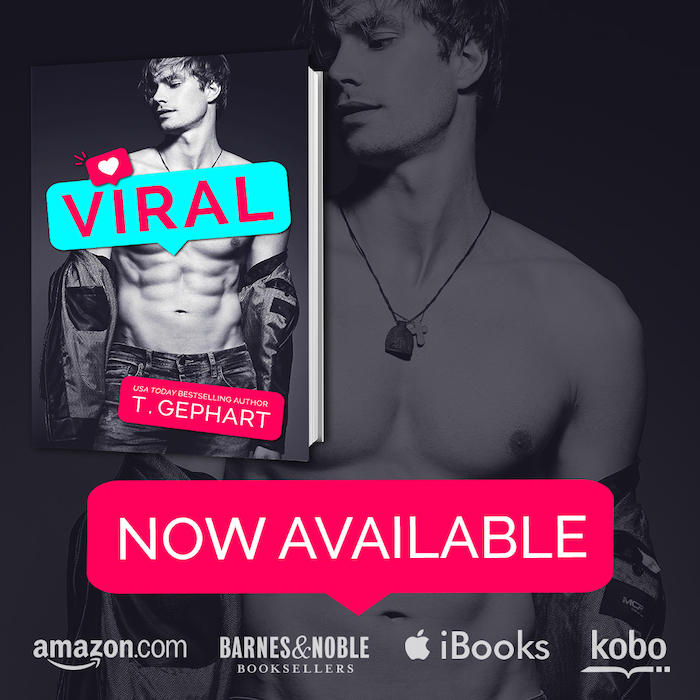 We are so excited to share with you an exclusive excerpt from T. Gephart’s new novel Viral out now!

White Trash Circus will be taking an extended break and won’t be playing any time in the foreseeable future. Please lodge all your complaints to my guitarist—and my ex best friend—who I found inside the girlfriend I’ve had since high school. I will pull the freaking knife from my back and continue—without either of them—when the time is right. With enough hate and anger coursing through my veins to keep me in therapy for life, I’m going to save my cash and let the music heal me. Prepare all your bleeding hearts to be tormented with the most righteous, heavy and cataclysmic tunes to ever come out of me. So there’s that to look forward to. Thank you for all the support over the years, the gigs, the love and most of all memories. Don’t trust anyone and stay metal—Vaughan.

PS. Connor, you left your guitar and rig at my house so I took the liberty of relocating it to my front lawn. I might have dropped it on the way out the door. In your own words, brother, “Sometimes stuff just happens.”

PPS. Our drummer spontaneously combusted and is no longer with us.


WhiteTrashMegaFan- Whoa! Is this real?

VaughanLover4Eva – I love you Vaughan, you were too good for her anyway. I want to have your babies.

HeavyBrad69– So rock and roll!! Can’t wait for the new stuff, it’s going to be metal AF!

Nico – Ummm, Vaughan, what about me?

White Trash Circus – No one cares about the bass player, Nico. 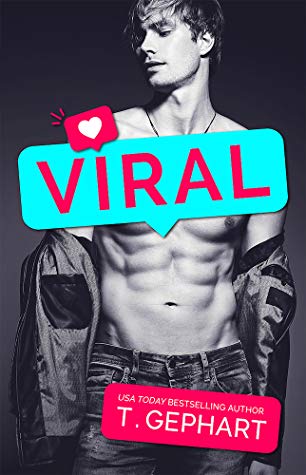 He didn’t get to finish his sentence, my ring tone breaking the silence with the caller ID displaying an unidentified number.

It was probably Jasper, no doubt pissed I’d hung up on him without letting him get in the last word. Well screw him, and his shady idea.

My chest expanded, the smile on my face not allowing him the courtesy of a greeting. “I’m not sure why you think I’d suddenly want to turn my band into an episode of The Bachelor to boost your ratings, but it ain’t going to happen. So why don’t you save us both the time, because honestly, you asked me twice and I said no and now it’s just embarrassing.”

“Are you done?” A female voice I didn’t recognize responded. “Or do you want to keep going with your one-sided conversation a little longer?”

Wow, what? She didn’t sound mad but she wasn’t amused either. Her voice steady and controlled with so little emotion I had no choice but to pay attention.

“Good, I’ll take your silence as a sign you’re finished. My name is Gillian, and I’m assuming you’re Vaughan Hale.”

“Great, nice to know I haven’t wasted a complete morning tracking you down. I’m from Domination Music Group, and we’d like to have a conversation.”

Domination Music Group was a progressive label, who, unless you’d been in a coma for the last ten years, you’d have heard of. While the big boys out of New York were recycling same-ole-same-ole, Domination took chances and signed new acts no one would give a second look to. And a phone call from them was akin to a nod from the capo of “the family.”

No one was ever the same after it.

They either made you. Or broke you.

“You want to have a conversation?” I repeated, stalling while I tried to find something more intelligent to say.

“Yes, other than the one we are currently having on the phone. In person is preferable.”

She was ice cold, almost impersonal and to the point with such a snap that I wasn’t sure if I should be impressed or annoyed she didn’t seem to give a shit. But I wasn’t an idiot either, and while my judgment was still questionable, there wasn’t a chance I was telling Gillian from Domination anything but yes.

“Okay, sure. Where do you want to meet, and when?”

“We have a room at the Westin on Penn, you know where that is? Let’s say two o’clock. We’ll leave your name at the front desk.”

If it had been any other label I might have been able to hide my surprise, but Domination was like the hot girl in high school. You showed your interest, and if fate was smiling on you and she found you worthy, you were summoned. She never chased, and sure as shit didn’t come down from her ivory tower to slum, or in this case, leave NYC.

“Yes, we’ll expect you at two. Goodbye.” And just like that I was listening to dead air, the call ending almost before it had a chance to start.

All I could do was stare at the cell in my hand and wonder if I hadn’t hallucinated the whole thing. It had been a strange morning so nothing seemed out of the realm of possibility.

“Who was that?” Nico asked, confirming if nothing else, I had been on the phone with someone. Well, at least I wasn’t totally losing it, always a plus.

My one-word answer was all I was capable of giving, still not entirely sure what they wanted.

Nico whipped his head around, his face screwed up in confusion. “That bondage shop on South Side?”

“No, the music label, dumbass. They want to meet.”

Well wasn’t that the question of the fucking day.

Who knew why? Considering I no longer had a band, it wasn’t likely to hand over a wad of cash and give me a deal. But then I wasn’t ruling it out either. I was a solid singer, maybe they wanted to see what I could do solo? I had promised to write the most epic music of all mankind.

T Gephart is a USA Today and International bestselling author from Melbourne, Australia.

With an approach to life that is somewhat unconventional, she prefers to fly by the seat of her pants rather than adhere to some rigid roadmap. Her lack of “plan” has resulted in a rather interesting and eclectic resume, which reads more like the fiction she writes than an actual employment history. She’d tell you all about it, but the statute of limitations hasn’t expired yet. But all those crazy twists and turns have led her to a career she loves—writing romantic comedy.

When she isn’t filling pages with sassy and sexy characters with attitude, she’s living her own reality show in the ‘burbs of Melbourne with her American husband, two teenage children, and her fur child—Woodley.

She loves adventure, to laugh, travel, and strives to live her life to the fullest.

Where Romance and Pop Culture Live Happily Ever After.
All Posts
PrevPreviousExclusive: Cover Reveal and Excerpt of Ascending from Madness by Stacey Marie Brown
NextDaily Frolic: LA Comic Con is this Weekend!Next