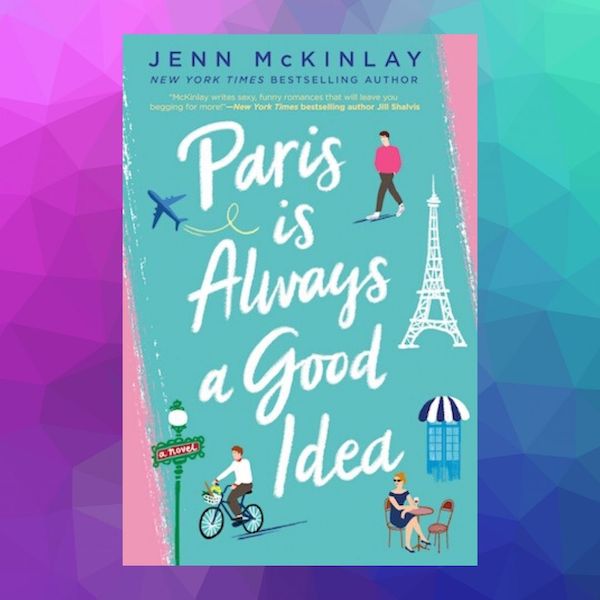 We are so excited to share an exclusive first look at Jenn McKinlay’s July 21st release, Paris is Always a Good Idea. In the book, thirty-year-old Chelsea Martin has experienced a fair amount of loss and hardship in her family. Needing time to regroup, she sets off to retrace her gap year through Ireland, France, and Italy in hopes of finding herself and perhaps love along the way. This heartfelt and poignant novel will take you on Chelsea’s journey of self discovery that leads to love in the place she least expected.

I raised one eyebrow and put my hands on my hips. “Excuse me?”

“You don’t care that I punched Jean Claude in the face. You’re just using that fight to put some distance between us.” Jason pointed to me and then himself. “Because you are freaking out about what’s happening here.”

“Pff,” I scoffed. “As if. And for the record, there is nothing happening here.”

“Bullshit,” he said.
My mouth dropped open in outrage.
“Yes, this is me officially calling you on your bullshit, Chelsea,” he said. “I mean, damn, was I alone during our double make-out fest? Nope. I clearly remember you being there, too.”

“That doesn’t signify.” I tossed my head in a dismissive gesture. “It was the Eiffel Tower—everything is romantic on the tower, especially with champagne. And as for the second kiss, we’re in Paris in April. These things happen.”

Jason looked at me as if I were nuts. I lost my cool. I gestured with my hands, holding them out toward the window as if I were showing a prize on a game show. “April in Paris, surely you’ve heard of that ridiculously romantic setting? Everyone goes a little crazy in Paris in April, but it doesn’t mean anything.”

“What?! Of course it means something,” he argued. “In fact, it probably means ten times more because magic on the Eiffel Tower doesn’t happen for no reason, and how about Paris in April anyway? Pretty freaking great, right?”

Magic? I didn’t know what to say. If I said the kisses we’d shared hadn’t been all that, he’d know I was lying, but if I admitted it, then he’d win the argument, which could not happen for a variety of reasons, not the least of which was that we were colleagues who never should have been kissing in the first place.

I mean, this was Knightley. We were rivals. Sure, we’d been getting along here, but what happened if we took this further? What happened when we returned to Boston? We were in charge of a ten-million dollar ask for the American Cancer Coalition from Severin Robotics. We weren’t supposed to get involved. In fact, I could see the head of HR’s head exploding at the mere idea that two employees had hooked up on the company dime in Paris. Ack!

Jason ran a hand over his face and winced when he accidentally touched his bruised eye. “Listen, I get that this was unexpected.”

“Yes, there is,” he insisted. “And I know it wasn’t on your agenda, and I know how much you hate that, but it’s here and it’s real, and you can’t pretend it isn’t.”

“Yes, I can,” I said. When he lifted his good eyebrow at me, I knew I’d stepped in it. “Not that I’m pretending anything. What happened between us wasn’t real. It was conjured up out of champagne and excess emotional baggage, that’s all.”

“And you’re kidding yourself,” he said. “Do you really think that what happened between us tonight was so hot because of geography?”

“Yes.” I tipped my chin up defiantly.
Jason took a step forward so that he was looming over me. It was a power play, and I resented it. I also refused to back up.

“You’re lying to yourself. You’re so busy trying to find a girl who doesn’t exist anymore, you’re missing what’s right in front of you.”

“You don’t know what you’re talking about,” I snapped.

“The girl who went on a gap year seven years ago doesn’t exist anymore, and looking for her is futile,” he said. His voice was kind, as if he felt bad about delivering such unwelcome news. It made me clench my teeth. “You’re not going to find love with one of your exes. You need to find someone suited to who you are today.”

“Yes,” he said. He reached out and pulled me close. “Exactly like me.” Then he kissed me. His lips were warm and firm and fit perfectly against mine as he wooed me into responding to him and the scorching chemistry between us. He splayed his hand on my lower back and pulled me in high and tight, our bodies locking together like two puzzle pieces. His tongue teased the seam of my lips until they parted, and then he deepened the kiss and buried his hand in my hair to hold me steady while he wrecked me with his mouth, positively wrecked me.

The kiss was just as magical as the one atop the Eiffel Tower, perhaps even more so, because whether I wanted to admit it or not, Jason had come to mean something to me. He was more than a coworker; he was definitely a friend, and maybe—no. I stopped the thought.

Jason wasn’t who I wanted. He was connected to the Chelsea of my present. The cold, lonely, workaholic person I no longer wanted to be. I wanted the old Chelsea, the big-hearted, wide-eyed woman of my youth, before my life had become a tragedy.

It took every bit of inner strength I possessed to break the kiss and pull away from him, but I did it. I pushed out of his embrace, putting some distance between us. I was out of breath, and my pulse was erratic. I felt as if I’d just run the Boston Marathon and I needed a bucket of ice or a fan to get my body temperature back down.

“You don’t understand,” I wheezed. “Seven years ago, I lost someone very dear to me to cancer. And afterward, in my grief, I lost myself.” I felt a hot tear streak down my cheek. “You can’t understand what it’s like if you haven’t suffered that sort of pain. It changes you. But I want to be that Chelsea again. I want to be the optimistic, happy, adventurous woman that I once was. I don’t want to be the emotionless zombie that I’ve become.”

He stared at me. “You’ve never been emotionless around me.”

“Is that all you feel with me, really?”

“No,” I admitted. I scrambled to come up with a new definition for us that had built-in barriers. “I think we’ve become . . . friends.”

“Friends?” he asked. He laughed without humor. He shook his head. He stared past me, out the window, and then looked back. “Is that all we are?”

I saw the confusion and disappointment on his face, and I felt my throat get tight. How had everything gotten so complicated?

I met his gaze and held it, refusing to look away when I said, “That’s all I have to give you right now.”

He looked so hurt and bewildered that I glanced away. “Listen, we just have to get through this business dinner with Severin, and then we’ll go our separate ways. You’ll fly back to Boston, and I’ll press on to Italy.”

“It doesn’t have to be that way,” he said. He spread his hands wide as if saying, Give me a chance. “You can come home with me, and we can figure out what this thing is between us.”

“No, I can’t,” I said. “I’m committed to going to Italy. If I don’t, I’ll always wonder what if, and I don’t want to live with that. Besides, Severin is still planning to meet me at the wine festival in Tuscany, and I’ve made plans.”

“With the guy in Italy?”
I nodded.
“So you’re willing to throw away something amazing, albeit unexpected, for a memory that may not live up to your expectation?” he asked.

“I have to,” I said. “Even if it wasn’t because I want to see my journey through to the end. I still have to be there to meet Severin. I promised our boss.”

“He could send someone else.”

I stared at him, and I could tell by the flicker in his eyes that he knew that wasn’t true.

“You know how much is riding on this ask,” I said. “I have to go. Besides, you know the company policy against employees dating. This”—I paused to gesture between us—“puts everything at risk, especially because you’re on company time right now.”

“We could fight it,” he said. “Rules are meant to be broken.”

“Jason.” He knew as well as I did that wasn’t who I was.
He turned away from me and contemplated the wall for a moment.

I waited, wondering if he was going to yell or argue or try to cajole me. I wasn’t positive I could resist the charming Jason, but he did none of those things. Instead, he nodded.

“All right,” he said. He turned back to me, and when I met his gaze, there was a distance there I hadn’t seen before, not even when we didn’t like each other. I knew he was protecting himself from getting hurt, and I couldn’t fault him, even as I immediately missed the closeness we’d recently shared. “I don’t like it, but I understand.”

I nodded, wondering why, having won this round, I felt as if I’d lost something precious and rare.

Excerpted from Paris is Always a Good Idea by Jenn McKinlay, published by Berkley, an imprint of Penguin Publishing Group, a division of Penguin Random House, LLC. Copyright © 2020 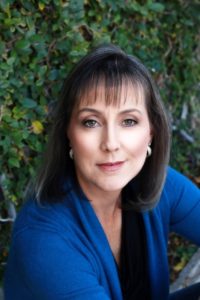 Jenn McKinlay is the award winning, New York Times, USA Today, and Publisher’s Weekly bestselling author of several mystery and romance series. Her work has been translated into multiple languages in countries all over the world. She lives in sunny Arizona in a house that is overrun with kids, pets, and her husband’s guitars.

Donna Soluri started in the book world as Scandalicious; now, this almost empty nester is going her own way. A lover of cupcakes, champagne, old-school rap, and Harry Styles she likes to read books with characters closer to her age still romancing and kissing and causing trouble.
All Posts
PrevPreviousPerfect Pairings: Books and Jonas Brothers Songs
NextDaily Frolic: Love Life is Out Now!Next