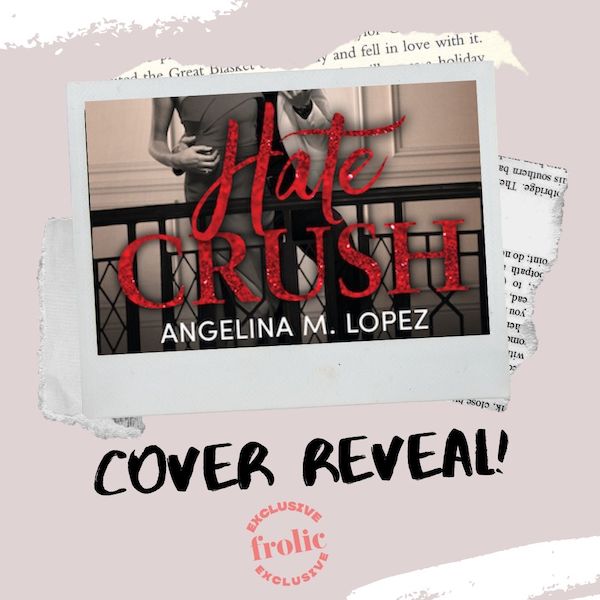 The three-part Filthy Rich series is about powerful, wealthy women who get what they want because they’ve earned it. The series focuses on the royal family of the Monte del Vino Royal, a principality in the mountains of Northern Spain famous for its wine vineyards.

Book one, Lush Money, is about a self-made Mexican-American billionaire businesswoman who makes a baby deal with the Monte’s prince, a vine scientist who’s trying to help his struggling kingdom.

Book two, Hate Crush, is a second-chance, enemies-to-lovers story about the Monte’s wild child princess and the bad boy who broke her heart when they were kids. Now, a winemaking millionaire, Princesa Sofia de Esperanza y Santos bears the kingdom’s future on her shoulders. Faking a relationship for a month with heartbreaker Aish Salinger, now a world-famous rock star, could save her people. The only problem: She hates him more than anybody else in the world. 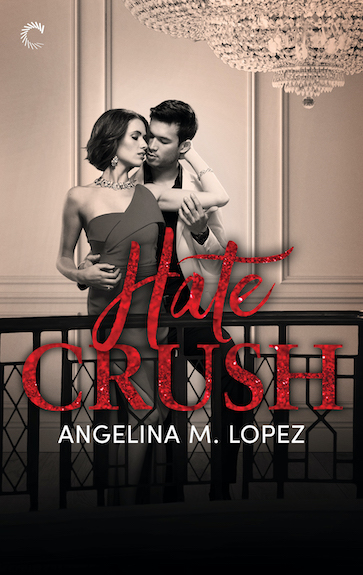 A fake relationship could help Princesa Sofia save her kingdom. Only problem: She’ll have to fake it with the man who broke her heart.


Ten years ago, wild child Princesa Sofia Maria Isabel de Esperanza y Santos fell in fast crazy love with heartbreaker Aish Salinger during one California harvest season. Now, all grown up and with the future of her kingdom on her shoulders, she hates him as passionately as she once loved him.

Even if her body hasn’t gotten the hate memo.

Faking a relationship with the now-famous rock star for the press and public will ensure the success of her new winery and prosperity of her kingdom. All she has to do is grit her teeth and bear his tattooed presence in her village and winery—her home—for a month.

Trying to recover from his own scandal, fallen superstar Aish Salinger jumps at the chance to be near Sofia again. Leaving her was the biggest mistake he’s ever made, and he’s waited ten years to win her back.

He never counted on finding a woman who despised him so much she didn’t want to be anywhere near him.

A war of wills breaks out as the princess and rock star battle to control their fake relationship. She wants to dictate every action to keep him away from her. He wants to be as close as he can be. She’s already lost so much because of Aish—e won’t be the reason her people lose even more.

But he also won’t make her break her life’s most important vow: To never fall in love again.

The first time he’d ever seen Sofia, she’d been like a sparkler that he had to touch, all glowing skin and long gleaming hair. He’d wrapped her in his arms within minutes and she’d stretched his T-shirt tugging him closer. That’s how it had been with them—instant obsession, unrestrained need.

Aish had ruined that when he’d broken her heart three months later. And any hope that she might have softened over the last ten years was demolished when Devonte slapped down the packet of her ground rules.

Rule 1: Aish Salinger will only speak to Princesa Sofia de Esperanza y Santos when it will benefit the arrangement. Therefore, there will be no personal interaction unless the media, the intern corps, tourists, or other public influencers are present. There will be no private, one-on-one conversation.

The rules forbid Aish to touch Sofia, required him to cover his tattoos, and demanded that he learn the scripts for five-minute daily interactions that were supposed to look like romance to the press and interns. The rules wrapped layer after layer of barbed wire around a woman he’d been desperate to be near for ten years.

Sometimes, when memories of her popped into his brain when he was on stage in front of a sold-out crowd, when he was accepting another platinum album, or when the paparazzi bulbs blinded him, his unending yearning for her felt like the worst thing that ever happened to him.

“La bodega está allá,” said the driver. “There is the winery, señores.”

Aish and Devonte scrambled lower into their seats to look out the windshield.

Beyond a rock wall and a gate scrolled with a large S was an ancient monastery of pale stone with windows of stained glass. A modern building made of the same pale stone stood beside it, with people leaning from the balconies and waving. A vineyard-covered hill rose up behind the winery, and a mountain with harsh peaks dominated the sky.

She’d whispered about this, about the winery she wanted to open and the wines she hoped to create, when he’d held her delicate body in his arms. She’d inked her stories into his brain—about her mountains, her people, the thousand-year history she was buoyed and weighted down by—as she’d licked and bit his ear.

Aish felt the anticipation of ten hungry years, and the nerves of one isolated one, in the back of his teeth. The gate opened and they drove into a sprawling courtyard.

The press was cordoned off on one side. A large group of people with wineglasses in their hands stood to the other. A line of people facing him stood in the center.

As the car slowed, Aish closed his eyes behind his Ray-Bans and took a couple of deep, jittery breaths. The moment he’d craved every day since the second he’d left her was finally here.

The door opened and Aish stepped out into the Spanish sun.

He was blinded by it. But he hid behind his sunglasses as he lifted a casual hand to the cheers of the guests and flicked his trademark side grin.

He hid behind his sunglasses as he hunted.

A dude—a huge blond dude who’d opened the door—was leaning close to say something when Aish saw her.

She stood in a ray of sunshine.

He felt her eyes on him like a shot to his heart. Gone was his erotic woodland fairy girl with her butt-length hair and miles of exposed golden skin, replaced by a badass woman who looked firmly sick of his shit. She’d cut her gold-brown hair short and right now it was slicked back from her perfect face. She wore a snow-white button-down shirt that covered her to her wrists, wide-legged pants that hugged the curves of her waist, and a heavy silver necklace in the open collar of her shirt. Her kohl-lined eyes, the firmness of her wide mouth, and the jut of her sharp chin told him what she thought of his late arrival.

Deaf to whatever the dude was saying, he turned and moved over the cobblestones to get to her with all the speed and compulsion she’d inspired in him when they were kids.

Her wide eyes flared as he came toward her. He put his hands on her warm, strong biceps and took in her gorgeous face. Thick-lashed cat eyes, pert nose, wide mouth that could stretch into the most peace-giving smile. She wasn’t going to smile for him now, and that was okay as he looked down to rememorize her. It was shocking to realize how small she was when she was so huge in his mind’s eye. He leaned down to brush his lips against the velvety softness of her ear, to say “I’m sorry” before he kissed the fine edge of her jaw.

He wanted to stop feeling so fucking shitty.

He moved to pull her into a much-needed hug when Sofia’s hands come up to rest on his chest—God, yes—then she wiggled out of his hands as she stepped back. She did give him a smile, then.

“Welcome to Bodega Sofia, Aish,” she said softly, nodding to encourage his grin. He gave it but dreaded what was coming next.

“We’re going to smile for the cameras,” she said in the same soft voice, her Spanish accent purring over his skin. “But next time you touch me, I’ll knee your polla so hard you’ll taste it. ¿Comprendes cabrón?” 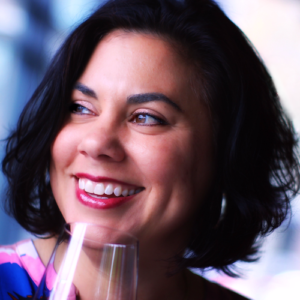 Angelina M. Lopez wrote “arthur” when her kindergarten teacher asked her what she wanted to be when she grew up. In the years since she learned to spell the word correctly, she’s been a journalist for an acclaimed city newspaper, a freelance magazine writer, and a content marketer for small businesses. Finally, she found her way back to “author.”

Angelina writes sexy, contemporary stories about strong women and the confident men lucky enough to fall in love with them. The fact that her parents own a vineyard in California’s Russian River Valley might imply a certain hedonism about her; it’s not true. She’s a wife and a mom who lives in the suburbs of Washington, D.C. She makes to-do lists with perfectly drawn check boxes. She checks them with glee.

You can find more about her at her website, AngelinaMLopez.com.

Connect with the Author:

Where Romance and Pop Culture Live Happily Ever After.
All Posts
PrevPreviousJK Writes … About the Hazards of Writing Sexy Books
NextDaily Frolic: Some YouTube Originals Available Free!Next