Exclusive: Interview with Kim Bo-Young, Author of I’m Waiting For You 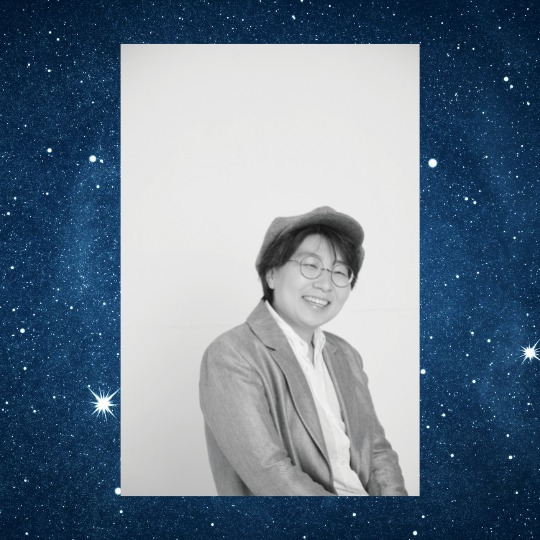 We are so excited to bring you this exclusive Q&A with Kim Bo-Young, the brilliant author of I’m Waiting for You and Other Stories. 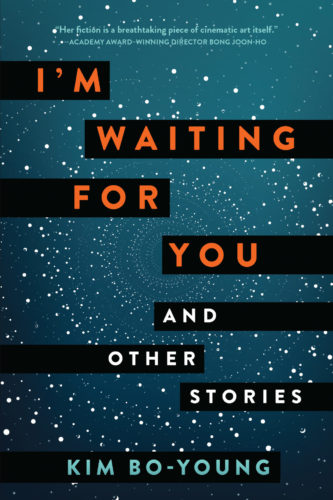 When did you start writing? What inspired you to begin?

I think it was around the time I went to elementary school, then I got my first notebook. Before that, I scribbled on the backside of daily calendar. The scribbles were some sort of made-up stories that kids would have come up with. The first time I created and uploaded a story online for general audience was 2002. I had used to write game scenarios before that.
I don’t really remember exactly when and how I started – it was long time ago. As a kid, I just enjoyed playing with papers everyday. I spent a day, drawing comics on them, writing on them, making my own board games on them, and the next day I started the whole new cycle. After I finished with a bundle of them like that, my mom bought me more of them.

Every time she did, I was very happy. I do have that memory.

What draws you to science fiction?

As a kid, I faked normal stories that I could show to adults, and behind their back, I wrote stories of aliens, and robots, and superheroes. I think the stories were mash-ups of cartoons I had seen at that time, and they were one hundred times more fun than the stories for adults. I naively thought that I’d be scolded if I had got caught of those stories. I really didn’t know what to do as my secrete stories were actually more fun. As I grew up, I got to know that those stories could be novels, and I was so happy. For me, love for SF started so long ago, I think it should be a part of my nature – I don’t know how to explain it differently.

What was the most challenging part of writing these stories?

For I’m Waiting For You, I followed my heart. It was for recitation, so I just had to focus on how to condense expressions. For The Prophet of Corruption, what challenged me was that I had to believe that I was connected to the whole universe all along even though I’m just a human who was stuck in a body.

There were two challenges for On My Way To You. One was to create a female character that the groom in the former story would love, so readers can make sense of their love for each other. Another was even the groom was the same character from the former, but he should be more lovable as the latter story is from the bride’s point of view. I thought if I could bring those characters to life, the story would be a hit, or not.

Which story is your favorite?

All four stories are precious, but it should be I’m Waiting For You as it’s given me many presents.

What advice would you give to aspiring writers?

We have our own different ways. If there were a hundred writers, there should be a hundred ways. That’s what I think. 백명의 작가에게 백명의 방법이 있다고 생각합니다만…

Speaking as a Korean, I always hope I could write in the state of 무위 (muwee, 無爲). It’s a word from Tao Te Ching(道德經) that contains a lot of meanings, but, in a nutshell, I can say it means being earnest without clinging to results.

Writing fiction definitely takes hard work, but being too greedy doesn’t necessarily make good result either. I should be able to let go and be serious at the same time, and honestly I do often lose the balance. Still, when the moments of balance come to me, they do lead to good writings.

Where Romance and Pop Culture Live Happily Ever After.
All Posts
PrevPreviousAuthors Donating a Portion of Book Sales to Benefit Mental Health
NextSwipe Right on this Exclusive Excerpt of A Match Made in Paradise by Barbara DunlopNext