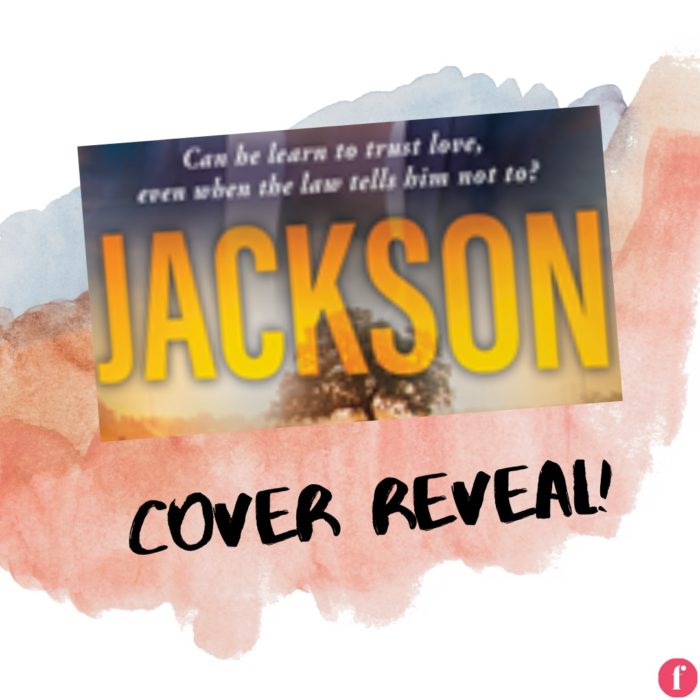 We are eo excited to bring you this cover reveal for Jackson by LaQuette! 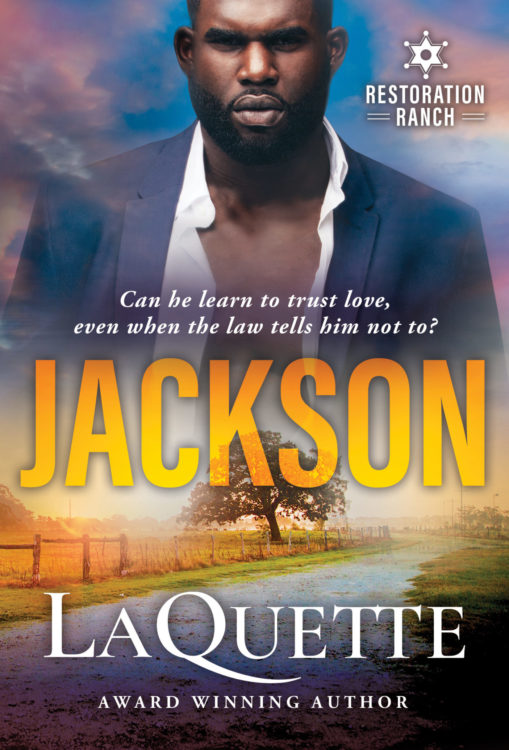 Restoration Ranch may have been the first step on her road to redemption…but Jackson Dean will be the last mile.

Aja Everett longs to turn her old family ranch into a place where anyone can find rest and healing. But her big heart’s bound to get her in trouble if she’s not careful—someone wants her gone, and they’ll do whatever it takes to drive her away from the land that’s her lifeblood. Whether she’s willing to admit it or not, she needs help.

Jackson doesn’t trust love. He once made the mistake of following his heart and all he’d gotten was pain in return. But when city-slicking do-gooder Aja Everett asks for his help, he can’t stay away…and as attraction sizzles and protective instincts flare, she may be the only woman able to restore the heart of this Texas Ranger.

Jackson tried to keep his mind empty as he waited in his office for Gleason and Jennings to arrive with Aja Everett. It was a common practice of his, mellowing enough to push distractions out of his head before the start of a case. But every time he attempted to do it, the image of the confident woman striking a model’s pose with her hip jutted out and her hands on her waist popped into his head.

Jackson caught himself groaning and was thankful Colton and Storm had left him alone. The idea of having to explain to his coworkers why he was so distracted had no appeal.

He glanced down at the open case file on his desk and thumped his finger on top of it. The three of th7em at the ranch weren’t nearly enough to investigate as many angles as they needed to, but they’d been in tighter spots, and they worked well together. With Gleason and Jennings backing them up at headquarters, hopefully there would be a quick and effective end to all of this. Because if the way he couldn’t take his eyes off the sumptuous beauty’s photo was any sign, spending time with Aja Everett was bound to be a problem for him.

A tap on his door drew his attention as Colton leaned in. “Gleason and Jennings are in the parking lot with Ms. Everett. You want me to put her in one of the interrogation rooms?”

Jackson shook his head. She was the niece of a sitting judge and the victim of a serious crime. Putting her in an interrogation room could be misconstrued in all sorts of ways. That was grief he didn’t need. “No, bring her in here.”

Colton tapped on his phone’s screen. When he was done, he opened the door wide and he and Storm walked in. “Message sent. They’ll come directly here.”

Another knock on the door, and Jennings stepped inside, greeting Jackson and their colleagues while holding the door open and jerking a thumb behind him. Jackson blinked, and suddenly Aja Everett was filling his doorway in the flesh.

And what lovely flesh it was. She wore a red blouse with a black fitted suit vest and matching black slacks that hung like a second skin on her. No way she pulled that outfit off any rack, the way the material seemed to lovingly hold each of her curves. It was a power suit, battle armor for the powerful attorney the preliminary background check he’d run said she was.

“Morning, Ranger Dean.” A bright smile graced her lips. “May I come inside?”

Jackson was caught off guard by the greeting. Her outfit, the stacked platform heels that peeked out from the hem of her pants, even the blood-­red matte lipstick she wore told him firmly she was poised to attack. Her easy smile seemed out of place.

“Please, call me Jackson.” He ushered her into the room, then pointed to Colton and Storm seated at the conference table. “These are the rest of my team members, Colton Adams and Storm Cordero.” She waved at each of them before looking at Jackson. “Can I offer you a cup of coffee before we begin?”

“From a federal building?” She shook her head. “I care about my health more than that. In fact, I brought my own coffee and snacks too.” She raised her hand in a graceful wave and pointed toward the door. Like magic, Gleason appeared at the door pushing a cart with a large thermal coffee dispenser and two large insulated food bags.

Jackson closed his eyes and took a deep breath. He moaned as his stomach protested that breakfast so far had been one-­and-­a-­half cups of bad black coffee.

He opened his eyes, and his chest tightened as he took in the sight of her again. She looked even more tempting standing in front of him now than she had in the picture in her file.

She unzipped the food bags and placed out two large pans of what looked and smelled like the best cinnamon rolls he would ever have in his life. When she was finished setting up the food and made disposable cutlery and flatware appear out of thin air, she returned to Jackson and his men with a broad, welcoming smile.

“You didn’t need to go through this kind of trouble, Ms. Everett.”

She lifted her shoulders, dismissing his comment. “My mama taught me to never show up anywhere empty-­handed. It’s bad manners.”

He chuckled. Aja might be a New Yorker, but her southern sensibilities were definitely showing.

“Now that that’s settled, I hope you gentlemen don’t mind something sweet, hot, and sticky for breakfast.”

Jackson closed his eyes again as he tried to control his breathing. He’d hoped for short and simple. But this woman standing in the middle of his office, looking the picture of a poised, dominant professional mixed with a touch of down-­home goodness, was as complicated a start to this case as Jackson could imagine.

A two-­dimensional Aja Everett in a photo, Jackson could deal with. But this tempting stranger, smiling as she offered him something sweet, hot, and sticky, would not be easy at all.

LaQuette writes savvy, sexy contemporary romance. She is the 2016 Author of the Year Golden Apple Award Winner, 2016 Write Touch Reader’s Choice Winner, and a 2018 Passionate Plume Finalist. She is an advocate for diverse romance in the publishing industry. LaQuette, a native of Brooklyn, lives in the mountains with her book-boyfriend husband and their two rambunctious kids. Visit her at LaQuette.com.

1 thought on “Exclusive: Jackson by LaQuette Cover Reveal and Excerpt”

Where Romance and Pop Culture Live Happily Ever After.
All Posts
PrevPreviousQuickies: Ten Steamy Romance Novellas You Shouldn’t Miss by Lola West
NextYA Romances that Prove that Love Conquers AllNext