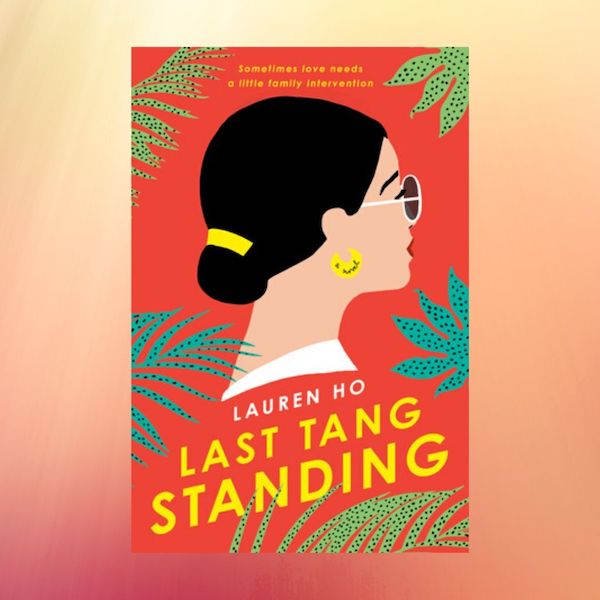 When I heard that Last Tang Standing by Lauren Ho is billed as Crazy Rich Asians meets Bridget Jones’s Diary, I knew I had to share an excerpt with Frolic’s readers. From the book synopsis and excerpt, it is clear that this novel set in Singapore is going to be an irresistible debut.

At thirty-three, Andrea Tang is living the dream: She has a successful career as a lawyer, a posh condo, and a clutch of fun-loving friends who are always in the know about Singapore’s hottest clubs and restaurants. All she has to do is make partner at her law firm, and she will have achieved everything she’s worked for. And if she’s about to become the lone unmarried member of her generation in the Tang clan — a disappointment her meddling Chinese-Malaysian family won’t let her forget — well, who needs a husband, anyway?

Yet being the Last Tang Standing sends Andrea into a tailspin she wasn’t expecting — and, for the first time, she begins to question the life she thought she wanted. When a chance encounter with handsome, wealthy entrepreneur Eric Deng offers her a glimpse of a future more lavish than she could have imagined, Andrea decides that giving Mr. Right-for-her-family a chance might not be so bad after all. So why can’t she stop thinking about Suresh Aditparan, her annoyingly attractive office rival and the last man her relatives would approve of? With a battle waging between her head and her heart, Andrea can’t help but wonder: In the endless tug-of-war between pleasing others and pleasing herself, is there room for everyone to win?

Hope. That’s what the Spring Festival, the most important celebration in the traditional Chinese calendar, is supposed to commemorate, aside from signaling, well, the coming of spring. Renewal. A time for new beginnings, fresh starts. Green stuff grows out of the ground. Politicians fulfill their campaign promises, concert tickets for A-list pop stars never get scalped, babies get born and nobody gets urinary incontinence after. And Chinese families all over the world come together in honor of love, peace, and togetherness.

But this is not that kind of story. This is a story where bad things happen to good people. Especially single people. Because here’s the deal: for folks like me who find themselves single by February, Spring Festival is not a joyous occasion. It’s a time for conjuring up imaginary boyfriends with names like Pete Yang or Anderson Lin, hiring male escorts who look smart instead of hot, marrying the next warm body you find, and if all else fails, having plastic surgery and changing your name so your family can never find you. For desperate times call for desperate measures, and there is no period of time more desperate for single Chinese females over the age of thirty everywhere than the Annual Spinster‑Shaming Festival, a.k.a. Chinese New Year.

It was noon. Linda Mei Reyes and I were sitting in a car in front of our aunt’s house in matching updos, smoking kreteks and hunched over our smartphones as we crammed for the toughest interview that we would face this year, the “Why Are You Still Single in Your Thirties, You Disappointment to Your Ancestors” inquisition. Our interrogators lay in wait, and they were legion. The Tangs, our family, were very prolific breeders.

Each year, as was customary on the second day of Chinese New Year, Auntie Wei Wei would host a lavish luncheon for all the Singapore‑based Tangs. These luncheons were mandatory Family Time: everyone had to show their faces if they were in town; the only acceptable escape clauses being death, disability, a job‑related trip, or the loss of one’s job (in which case you might as well be dead). If you’re wondering why Auntie Wei Wei commanded such power, aside from the fact that she was housing our clan’s living deity (Grandma Tang), it’s because she was our clan’s Godfather, minus the snazzy horse head deliveries. Many of the older Tangs were in her debt: not only did she act as the family’s unofficial private bank for the favored few, she’d basically raised the lot of them after my grandfather passed away in the 1950s and left my grandmother destitute. As the eldest of a brood of nine siblings, Auntie Wei Wei had dropped out of secondary school and worked two jobs to help defray household expenses. That’s how her siblings all managed to finish their secondary schooling, and for some of the higher achievers, university, even as it came at her own expense.

At least karma had rewarded her sacrifice. After migrating to Singapore in her late twenties, she had married well, against the odds, to a successful businessman; when he died soon after (of entirely natural causes), she’d inherited several tracts of land, the sale of which had made her, and her only daughter, Helen, eye‑ wateringly wealthy. Hence her unassailable position as de facto matriarch of the Tang clan, since there is nothing that the Chinese respect more than wealth, especially the kind that might potentially trickle downstream. Posthumously.

Ever since I moved to Singapore from London about six years ago, as the sole representative of my father’s side of the family in Singapore I’d been obliged by my very persuasive mother to attend Auntie Wei Wei’s gatherings. Since my father was her favorite sibling, Auntie Wei Wei had paid off a lot of his debts when he passed and now she basically owns us, emotionally, which is how real power works. I used to enjoy these gatherings, but since Ivan, my long‑term partner, and I broke up nine months and twenty‑three days ago, way too late for me to find another schmuck to tote to this horror show, there was ample reason to dread today’s festivities. Why, you ask? Because Chinese New Year is the worst time to be unattached, bar none. Forget Valentine’s Day. I mean, what’s the worst that can happen then? Some man‑child you’ve been obsessing over doesn’t send you chocolates? Boo‑hoo. A frenemy humble‑ brags about the size of her ugly, overpriced bouquet (that she probably sent herself)? Please. Your fun blind date turns out to be the Zodiac Killer? Tough. Just wait till you have to deal with Older Chinese Relatives. These people understand mental and emotional torture. They will corner you and ask you questions designed to make you want to chug a bottle of antifreeze right after. Popular ones include: “Why are you still single?”; “How old are you again?”; “What’s more important than marriage?”; “Do you know you can’t wait forever to have babies, otherwise you are pretty much playing Russian roulette with whatever makes it out of your collapsing birth canal?”; “How much money do you make, after taxes?”

As we’ve been programmed since birth to kowtow to our elders, we force ourselves to Show (our  Best) Face at these events, no matter how damaging they can be to our ego and psyche. So that is why, dear Diary, two successful women in their thirties, dressed in orange floral cheongsams they panic‑bought the night before, were trying so hard to get their stories about each other’s imaginary boyfriend straight to placate an audience that they will not see again for another year.

From LAST TANG STANDING by Lauren Ho, published by Dutton, an imprint of the Penguin Publishing Group, a division of Penguin Random House, LLC. Copyright © 2020 by Bear One Holdings, LLC. 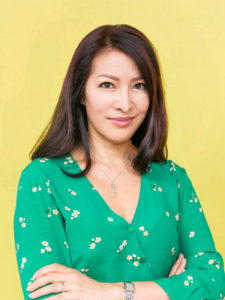 Having turned her back on the legal world, Lauren Ho worked in the humanitarian sector for several years before she realized that she was the one who really needed help. After she got the news that Last Tang Standing would be published, she promptly went on an unpaid sabbatical, to the deep chagrin of her mother and every Asian friend she had. Ho currently divides her time between Singapore, Malaysia and France, ostensibly working on her next novel. Last Tang Standing is not based on her mother. At all. Seriously.

Where to Find Lauren:

Keira Soleore writes for the International Examiner and Cogitations & Meditations. She enjoys connecting with readers on Twitter (@keirasoleore) and through her website (www.keirasoleore.com). Her interests include medieval manuscripts, philosophy, poetry, picture books, choir, sunshine and beaches. Keira is a pseudonym.
All Posts
PrevPreviousEverything I Really Need to Know I Learned from Dolly Parton by Ann Marie Walker
NextDaily Frolic: Antiracist Reading ListNext