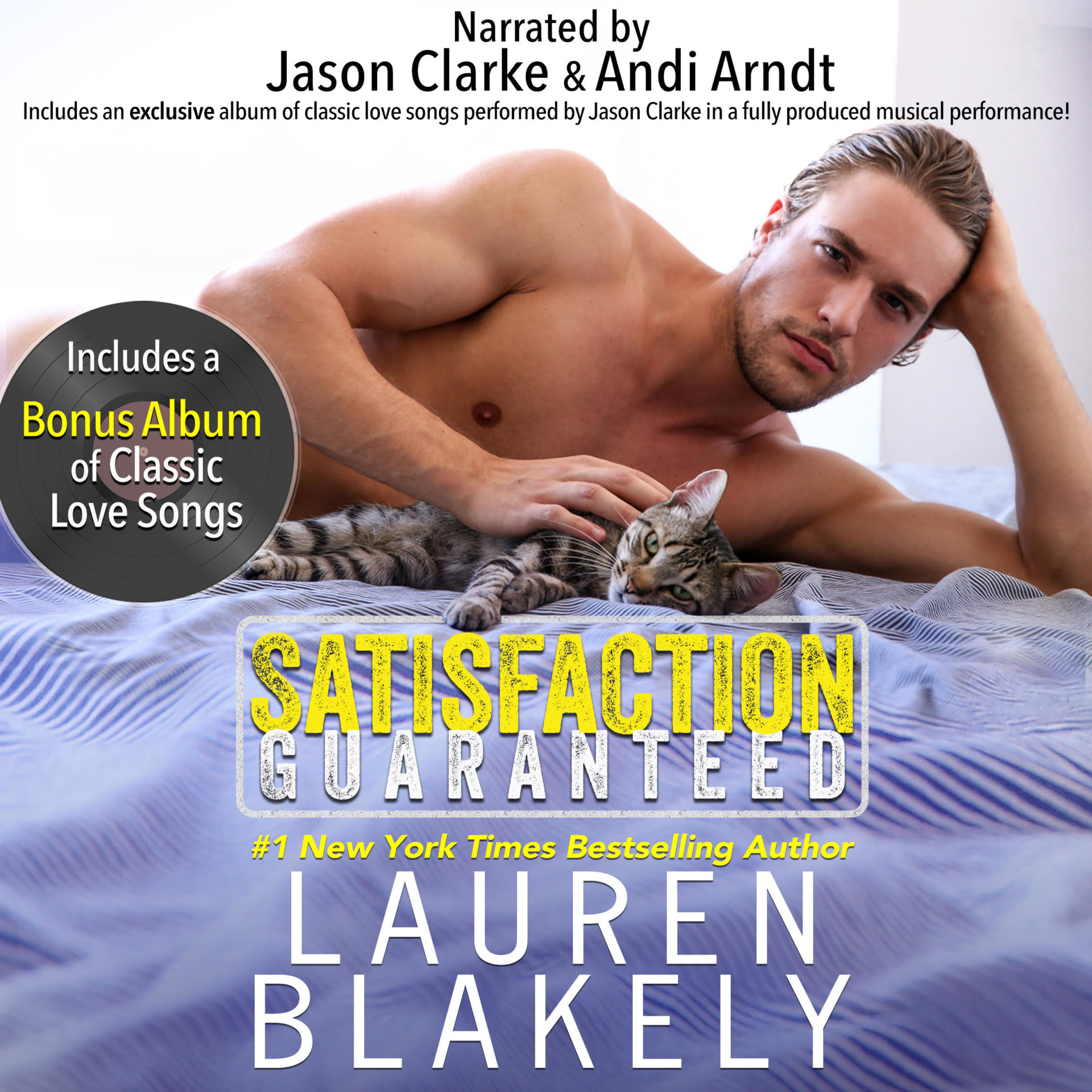 #1 New York Times bestselling author Lauren Blakely does it again, bringing another exciting and groundbreaking audiobook to listeners in her upcoming title, SATISFACTION GUARANTEED. Releasing June 17th, this standalone romance will be narrated by the superstar team of Andi Arndt and Jason Clarke, and will include an entire bonus “album” of classic love songs connected to the story and performed by Jason Clarke! Lose yourself in the music and the story as they intertwine and guarantee a whole new listening experience. Check out all the information about SATISFACTION GUARANTEED below, including an interview with the two narrators, and get ready to fall in love!

An innovative new production of a brand new standalone romance from #1 New York Times Best-selling author Lauren Blakely! This audiobook includes the full-length novel of Satisfaction Guaranteed as well as an album! At the end of the story, you’ll be treated to an album of classic love songs you know and love performed by Jason Clarke in a fully produced musical performance that ties into the storyline!

What’s a man to do when the one who got away comes roaring back into his life, and asks for a little help in the bedroom?

But if she happens to be my business partner’s daughter? And she’ll be working in our practice, where we’ll be rubbing elbows every day?

Also, have I mentioned she’s as dynamic, brilliant, and captivatingly sexy as ever?

And I’m a pretty smart guy.

But see, Sloane has issued a hell of a challenge—make her purr like no man has ever done before, and if there’s one thing I know I can do, it’s make a woman feel oh-so-good in the sheets.

The lady knows where she wants to go. What’s the harm in a few nights…and then a few more…spent taking her there?

And the more I discover what brings Sloane satisfaction, the more I want to discover every little thing about her. The trouble is Sloane might be my dream girl, but my professional dreams are tied to my partnership with her father.

Am I too far gone to resist the woman who got away? 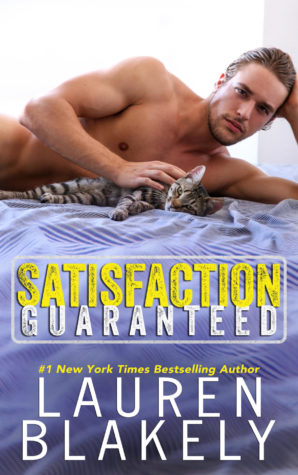 Frolic: How did you get into narrating audiobooks?

Andi: I was teaching in a university theatre program and doing some voiceover on the side.  The more I learned about the audiobook world, the more I thought I might be a good fit for it.  I took some workshops in LA, started working as a proof-listener for a production company, learned a lot, and finally put a demo together and started auditioning for projects.  It took a while to build momentum, but a few years in, I was able to leave my teaching job to pursue narration full-time.

Jason: I got into narrating audiobooks through a friend of mine. I had been living and working in NYC, working in stage productions and a couple T.V./film jobs. But I’d always loved being in the booth, and was interested in voice acting. I reached out to Saskia Maarleveld, who was a friend of a friend, and she set me up with the studio she worked with in Brooklyn. I started auditioning, and that led me to here!

You’ve each done a few audiobooks with Lauren Blakely. What is one thing you love about narrating these titles?

Andi: Lauren’s style is very fun and fast-paced, funny, and always so warm-hearted.  I love that the men are often just as lost as the women, and they help one another find their way forward and find love.  And when her characters get together, it’s pretty hot!

Jason: My favorite thing about working with Lauren is how naturally her dialogue flows. It’s certainly some of the most natural I’ve come across. And the internal monologue bits between lines allow for a lot of comic bits to be thrown in there, both from a reader perspective, and as an actor.

Jason, SATISFACTION GUARANTEED has you stepping out of the box of narrating and singing as well! What was your first reaction when Lauren asked you if you were up to the challenge, and how was your experience singing in the booth?

Jason: When it comes to singing that’s actually something I’ve been doing a long time! So when Lauren asked, I was actually secretly excited to lend that part of myself to the project. And once I’d sent a file of me singing a couple lines, Lauren set up recording sessions and we were able to lay down a couple whole songs. I don’t often record myself singing, since most of my experience is with live performing, but it’s a much lower-pressure situation. I had a great time.

Andi, You are on the cutting edge of audiobooks narration with your company, Lyric Audiobooks. What is something you think we’ll see more and more in upcoming audiobooks?

Andi: I think the coming year is going to be an exciting one for discovering new voices.  I’m hearing from authors interested in pairing a newer voice with a familiar voice as a way to encourage listeners to try someone new.  Authors are always asking about the duet option, but I think that style is going to continue to be the special treat rather than the rule due to production logistics and expenses.  Podcasts are also challenging what an audio program can be and how it is “supposed” to sound, so look for that influence to continue sparking new ideas in audiobook production as well.

Since music plays a large part in SATISFACTION GUARANTEED…If you had to pick ONE song to be your life’s theme song, what would you choose and why?

Andi: It’d have to be a Stevie Wonder song because his songs are so full of love and energy.  It’s impossible to pick one!  I think either Don’t You Worry Bout a Thing or As would have to be it.  Stevie just goes right to your soul.

Jason: I’d say Let Down by Radiohead. I listen to a lot of music as I go through my day, but Let Down has always been such a strong, emotional experience to listen to again and again. Really helps me with finding energy to keep going through my day in New York.

Without spoilers, what is one thing you think listeners will really enjoy when they pick up the SATISFACTION GUARANTEED audiobook?

Andi: The epilogues, of course!  I wish I could see each individual listener’s face at The Moment It All Changes.

Jason: I really think the musical bits will be a surprise for readers. Hope you enjoy! 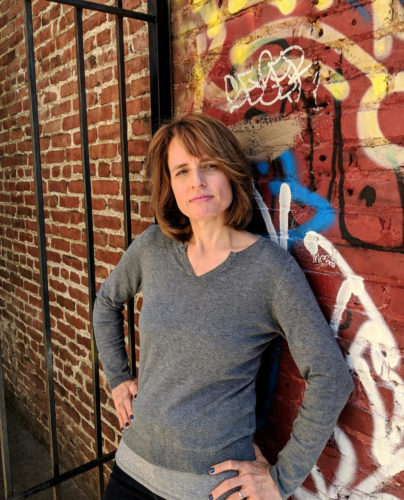 A #1 New York Times Bestselling, #1 Wall Street Journal Bestselling, and #1 Audible Bestselling author, Lauren Blakely is known for her contemporary romance style that’s sweet, sexy and witty. Her heroines are strong and smart and her heroes have hearts of gold and fantastic funny bones. She lives in California with her family, including her smoking hot and hilarious husband and her two brilliant and kind children. She has plotted entire novels while walking her dogs — she might have four dogs, or maybe five. If she’s lucky, she’ll soon have six dogs. With fourteen New York Times bestsellers, her titles have appeared on the New York Times, USA Today, and Wall Street Journal Bestseller Lists more than 100 times, and she’s sold more than 3 million books. In May she’ll release THE DATING PROPOSAL, in June SATISFACTION GUARANTEED and in September INSTANT GRATIFICATION. To receive an email when Lauren releases a new book, sign up for her newsletter! laurenblakely.com/newsletter 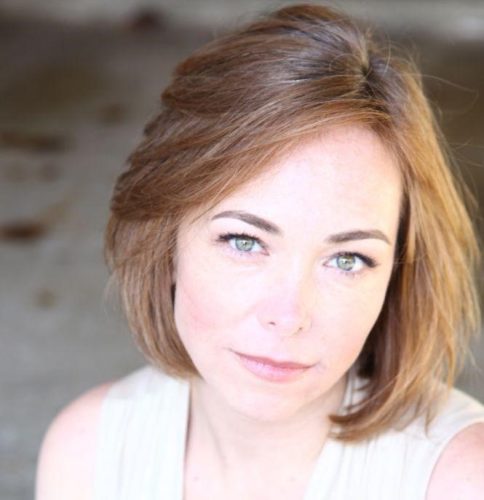 Andi Arndt is the narrator of hundreds of audiobooks in romance, bio/memoir, YA and literary fiction, and is a member of the Audible Narrator Hall of Fame. She is the Executive Producer of Lyric Audiobooks, which produces award winning audiobooks for bestselling authors.

Jason Clarke is an actor and musician in New York, and he’s narrated nearly one hundred audiobooks, including Birthday Suit by Lauren Blakely. When he’s not in the booth, he enjoys exercise, hiking, writing and making music with friends.

Where Romance and Pop Culture Live Happily Ever After.
All Posts
PrevPreviousDaily Frolic: Meghan Markle’s mom is the inspiration behind Jasmine Guillory’s latest romance
NextThe Girl in the Tree: Confession from an Erotica Podcaster by Rose CarawayNext