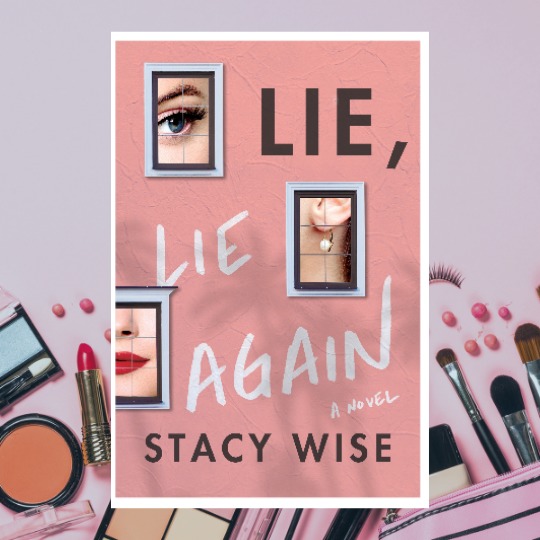 We are so excited to bring you this exclusive excerpt of Lie, Lie Again by Stacy Wise! 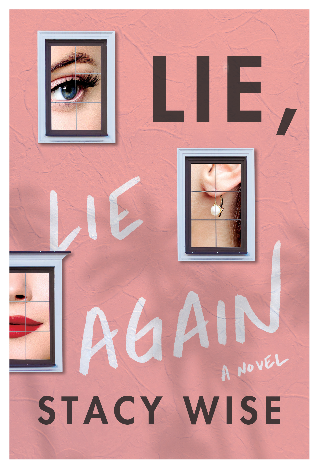 Meet the Women of 1054 Mockingbird Lane

Deliciously evil, Sylvia Webb has a plan – and a potential Mr. Right. He’s sweet, simple, and dependably clueless. But his needy ex-girlfriend, is this close to shattering Sylvia’s dreams. Sylvia, however, won’t let that happen.

Riki McFarlan has a good career and an amazing boyfriend who wants to settle down. If only she didn’t have feelings for her neighbor—who happens to be married to her close friend.

Equally devoted to her children and her struggling actor husband, ever sweet Embry Taylor has something she’s desperate to keep hidden.

Driven by complex agendas, these women embark on a wild, sexy ride—filled with intensity, emotion, mystery and of course, lies.

Sirens shattered the cool evening air with a piercing wail that rivaled a speed-metal concert. The bright lights of emergency vehicles spun dizzying circles through the sky, a frantic dance to the earsplitting dissonance.

The sirens screamed to a stop at the apartment complex on Mockingbird Lane, and the night seemed to exhale.

Emergency workers streamed from the truck with rapid efficiency, their medical kits and blue latex gloves ready to work miracles. Only the onlookers, who wore the slack-jawed expressions of those who had seen a ghost, stood rooted to the ground, seemingly frozen in time, unable to look away from the body splayed facedown on the asphalt.

Sylvia stood between Riki and Embry, her arms crossed loosely at her chest. Their small semicircle was casual, like spectators at a parade. “Well, a body at the bottom of the stairs is sure to draw a crowd.”

The world news section of the Sunday paper was spread across Hugh’s otherwise pristine kitchen table. Sylvia dutifully skimmed the headlines. Casualties! Crisis! Corruption! Why couldn’t they report good news? It seemed that paper sales would go up if they splashed uplifting headlines across the front page. She sipped her coffee and enjoyed the bittersweet tang of the powdered creamer she’d added. Hugh had introduced her to the chemical concoction. She’d initially mocked it, but now she was obsessed. Too much was probably deadly. She laughed to herself. The dreary news was clearly taking a toll. Doom and gloom. As much as she enjoyed her Sunday mornings with Hugh, she could do without the newspaper bit. But he loved his old-fashioned ritual, the familiar smell, and his eventual inky fingers. Trendy frameless glasses were perched on the tip of his nose, his half of the paper in a tight fold. Such a serious man. She liked that she had the power to make him smile.

He was absolutely perfect in an everyday-man sort of way. It was one of the things that made him so desirable. Would he be insulted by the everyday-man comment if she were to say it aloud? Words were funny. It was all too easy to misinterpret things when you weren’t privy to the vast array of thoughts in the other person’s head. She studied him as he read. Dark-blond hair, cool gray-blue eyes beneath the glasses. His lashes were stubby. There was really no nice way to say it, but on a man, stubby lashes weren’t so bad, were they? They were thick and full and gave him an assertive look. A reliable look, like he’d be the one to give you tax advice or walk you through the process of setting up a wireless remote. Yes, everything about him was steadfast and sturdy. Hugh was the Volvo of men. She laughed to herself. He certainly wouldn’t like that analogy. The man drove a Range Rover.

Meeting him had been a lucky fluke. He’d been wearing a wedding ring, and married men weren’t her type. But he’d pulled up a barstool next to hers at the Vertigo, and a conversation began to flow as smooth as the red wine she sipped. The lights in the bar were dim and golden, and unlike the name suggested, the place had a gentle, old-Hollywood feel. When she’d asked how long he’d been married, he laughed and slid off the ring.

“It’s a fake.” He’d proceeded to twist what she realized was cheap metal into a tiny infinity sign.

He’d leaned forward, eyes twinkling, and spoken quietly, like he was letting her in on a secret. “Well, it’s not like I’m fighting off women, but I’ve found that wearing a ring allows me to enjoy a drink without any weird vibes from a woman who thinks I’m hitting on her. Usually, I just want to talk.” With a humble shrug, he added, “I’m a people person.”

“And with the wedding band, you’re Mr. Safe Guy, not Mr. Slick.”

“Right.” He’d tucked the crumpled metal into his pocket. “Does that make me sound crazy?” His smile was genuine, and Sylvia found herself grinning back.

She’d inspected his face. He had to be in his thirties—late thirties, so he couldn’t be much older than her thirty-five years. Interesting that he was still single. “We’ll call it a unique approach. How’s that?”

Stacy Wise is the author of Maybe Someone Like You, winner of the YARWA Athena Award in 2019, and Beyond the Stars, winner of the Athena Award in 2017.  Prior to her writing career, she worked as an elementary school teacher and in television casting on shows including Party of Five, The X Files and Sabrina, the Teenage Witch. She lives in California with her husband, four children, and three dogs.

Where Romance and Pop Culture Live Happily Ever After.
All Posts
PrevPreviousBook of the Week: Running Away with the Bride by Sophia Singh Sasson
NextMy Top Planner Picks for Busy Moms and Beyond by Victoria JamesNext