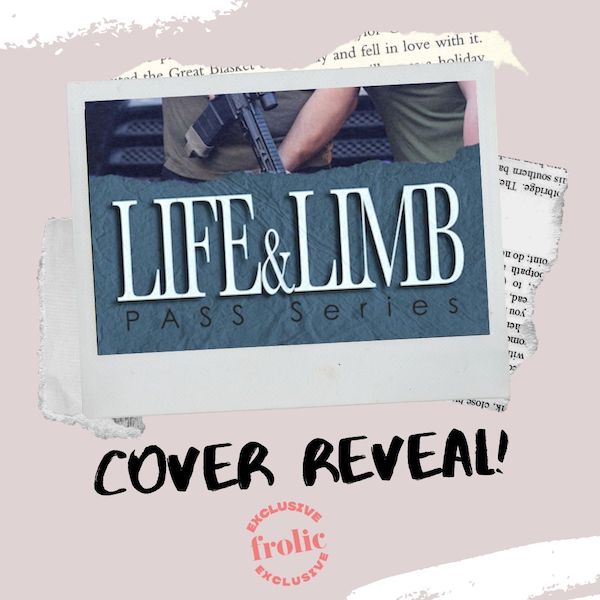 We are so excited to share the exclusive cover reveal for the second book in Freya Barker’s romantic suspense PASS series, Life & Limb. Without further ado, let’s get to the good stuff! 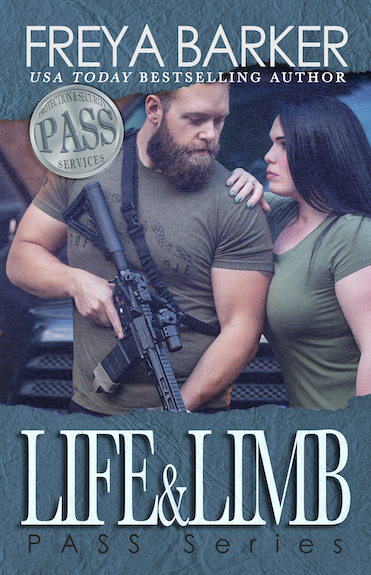 Growing up a military brat and spending eight years overseas with the Army Medical Corps, clinical social worker, Willa Smith, has had enough of rules and regulations. Still able to work with veterans as she did at the VA Hospital, she is much happier at the new and far more relaxed South Avenue Shelter, until one of its residents is implicated in a murder.

Former military turned security operative, Dimas Mazur, has worked for PASS security, his brother’s company, since he returned stateside after a disabling injury. The job keeps him busy, but when a homeless veteran he knows runs into trouble with the law, he doesn’t hesitate to jump in. The strong-headed counselor at the shelter where his friend stayed is an unexpected bonus.

Until she puts herself square in the sights of the man he’s trying to take down.

Freya is giving away a signed copy of Life & Limb to one lucky winner. This giveaway is open internationally! Follow the directions in the Rafflecopter below, or click this link to enter for your chance to win!

Driven to make her books about ‘real’ people; she creates characters who are perhaps less than perfect, each struggling to find their own slice of happy, but just as deserving of romance, thrills and chills in their lives.

Recipient of the ReadFREE.ly 2019 Best Book We’ve Read All Year Award for “Covering Ollie, the 2015 RomCon “Reader’s Choice” Award for Best First Book, “Slim To None”, and Finalist for the 2017 Kindle Book Award with “From Dust”, Freya continues to add to her rapidly growing collection of published novels as she spins story after story with an endless supply of bruised and dented characters, vying for attention!

Where Romance and Pop Culture Live Happily Ever After.
All Posts
PrevPreviousHistorically Yours: Top Historical Romance Picks for April 1st to the 15th
NextDaily Frolic: Watch “Virgin River” With Author Robyn Carr!Next