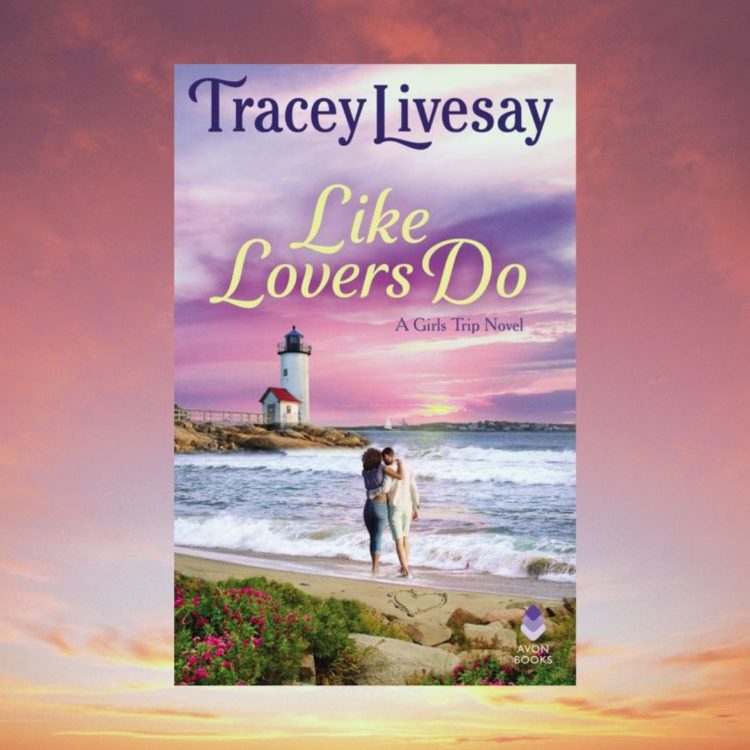 [CW: This excerpt contains explicit sexual content and is NSFW.]

We are so excited to bring you an exclusive excerpt of Like Lovers Do by Tracey Livesay, out today! 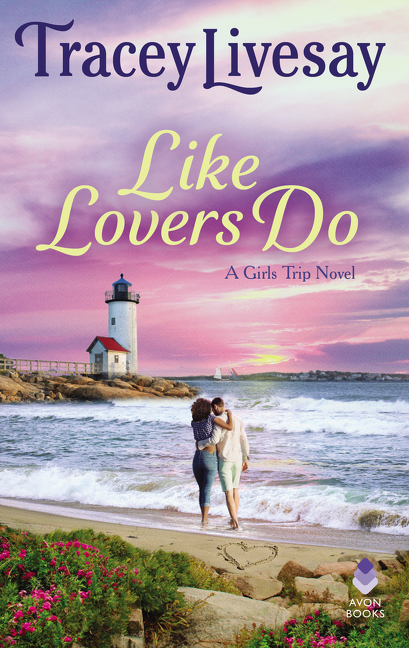 Sometimes faking it can lead to the real thing…

Driven and focused, Dr. Nicole Allen is an accomplished surgeon. With a tough past, Nic’s gone above and beyond everyone’s expectations. But when she disciplines an intern―a powerful donor’s son―a prestigious fellowship she’s awaiting is placed in jeopardy.

Coming from a successful family who runs a medical business empire, Benjamin Reed Van Mont is the black sheep, having chosen to start his own business instead. Though he’s not ready to settle down, he knows when the time comes it definitely won’t be with a workaholic doctor like his friend Nic―even if she’s had him re-examining his edict…more than once.

When Ben’s status-climbing ex-girlfriend finds her way back into his orbit, Nic proposes a swap of services. She’ll spend the week with Ben on Martha’s Vineyard, pretending to be his girlfriend―but only if he’ll have his family intervene on her behalf so she won’t lose her fellowship. How hard can the charade be?

But as they’re about to discover, they’ve sorely underestimated their true feelings for each other…

(This excerpt is steamy and NSFW)

Is that what you’re reduced to? Offering her places to live so you won’t lose her in your life?

His phone dinged and, without turning away from the view, he reached for the device where it sat on his desk. His stomach flipped in anticipation when he saw Nic’s name on his home screen. He clicked on the message.

She’d typed: What u doing?

He smiled, set his glass on the desk, and dashed off a response: Nothing. Sitting here, having a drink.

What a coincidence. So am I.

He entered a smiley face emoji.

She responded: I’ve had a hellacious few days & I was wondering if you could help me with that?

Of course he would. Nic was his friend and he knew how much this situation aggravated her. He’d do anything to help.

What do u need?

Her response was almost immediate: U.

He froze, unable to believe what he’d just read. If any other woman had responded to his question in that manner, her intent would’ve been plain. But this reply from Nic? She didn’t see him that way.

The capital letter loomed large and bright in the light gray bubble. Tone didn’t always come through in text. The “U” could preface an action she wanted him to take, like “U” please bring me my wallet. Or, she could’ve meant it literally, “U” let’s chill, hang out, and watch a movie. Before he jumped to any conclusions, although the blood vacating his brain and making its way south had already made its mind up, he should offer her the opportunity to elaborate or clarify her answer.

Three dots, the longest delay in his life, and then—

A picture of pale golden skin and perfect, pert breasts with erect light brown nipples appeared on his screen.

The remaining blood fueling his common sense executed a fast break straight to his dick. What the hell?

There was no question about her intent, but this had to be a mistake, right? Or a prank? There’s no way Nic would send him a sexy selfie . . .

Where are u? he typed, though it took his suddenly clumsy fingers several tries.

The bathroom at The Taphouse. It was too loud, too crowded for what I want.

Though he was reading the words, he could hear her voice in his head, and it cast a spell on him, entangled him in a web of intimacy. He licked his lips and leaned back in his chair, adjusting his slacks.

And what do u want?

Your hands, lips, tongue, dick. Doesn’t matter. I need at least one of them on me, stat.

He’d fantasized about doing all of the above and more to her for years. From the moment they’d first met. And though he was grateful for the friendship they’d formed, one he’d protect at any cost, he hadn’t been able to completely snuff out his attraction. He scrolled back up to the picture she sent. Though her face was cut off, he knew it was her. He’d seen her chest countless times when she wore a sports bra to work out or a tank top on warm days. He was familiar with the smooth expanse of skin, the little mole just below her clavicle.

His mouth watered in anticipation. And now he was being invited to partake of it. Hell, she wouldn’t have to choose between the four options. He’d give them all to her, if that’s what she wanted.

His fingers flew over the keyboard. What if I start with my hands? Gently cover those breasts, then press them hard against you, as your nipples pebble against my palms?

I’ll use my tongue.

You know my nipples are supersensitive. I can come just from you pulling & sucking on them.

He didn’t know. But now that he did, he’d never be able to forget it. Or think about anything else.

Then that’s what I’ll do. I’ll swirl my tongue around them, savoring their feel & taste. But I won’t take it into my mouth until you’re moaning loudly & your hot body is writhing against me.

Yesssss. It’ll feel so good. God, my skin is tingling & I’m so wet.

He closed his eyes and flexed his hand, al- ready able to imagine it sliding against her torso and down into her welcoming heat.

He typed: Can I feel?

Damn. He licked his lips. She’ll have to. I won’t be rushed.

Can I come over?

“Can I come over?” Four words that took this from merely talk to action. He shook his head, straining for clarity, knowing there would be se- rious consequences if—

Her plea was like a steel door slamming shut on any attempts to be careful or thoughtful. He wanted her more than his lungs wanted fresh air, but if they were finally going to do this, he didn’t want some quickie in his office.

How about I meet you at home?

He pressed the blue arrow and waited, anticipation and desire strumming in his blood, roaring in his eyes, drowning out everything save the bright rectangular screen on the device in his hand.

His stomach clenched. Son of a bitch!

Three dots and then—

Wait, what? Ben, question mark? Was she rethinking the situation or was it . . . oh no, don’t make it be—

Shit! I’m sorry. I thought u were someone else.

Disappointment doused his desire like an icy bucket of water and his heart threatened to shatter into pieces.

Goddammit! He scrubbed a hand down his face. It had been too good to be true. Of course those messages weren’t for him. He’d sensed that the moment he’d received the first text. But he’d allowed himself to pretend, to imagine she’d wanted him as much as he’d always wanted her.

Three dots, and then—

Can you delete that tit pic?

He scrolled back to the photo she’d sent. The picture wasn’t for him; he shouldn’t keep it. But damn . . . Even in the limited light, against the dark walls of the bathroom stall, it was a stunning image.

One he’d never have again.

What if he saved it? He could have this piece of her forever, could indulge in his desire for her safely and from a distance. He wouldn’t lose his friend even as he stroked himself to completion thinking of her.

He held his breath and let his thumb hover over the image . . . before he exhaled and pressed the screen, erasing the picture as she’d asked. 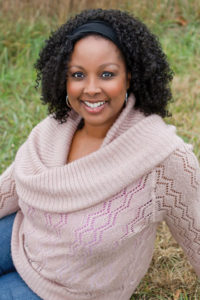 In addition to winning the 2018 Emma Award for Best Interracial Romance, Tracey Livesay has been featured in The New York Times, The Washington Post, The Chicago Tribune, Entertainment Weekly and on CBS This Morning. A graduate of the University of Virginia and the University of Virginia School of Law and a former criminal defense attorney, Tracey lives in Virginia with her husband-who she met on the very first day of law school-and their three children. When not answering the call of wife, mother or author, she watches planner videos on YouTube and daydreams about her next designer purse purchase.

Where Romance and Pop Culture Live Happily Ever After.
All Posts
PrevPreviousExclusive: This is Not the Jess Show by Anna Carey Cover Reveal and Excerpt
NextThis Stalled Elevator Ain’t Big Enough for the Both of Us: Why Forced Proximity is My Favorite Trope by Cara BastoneNext