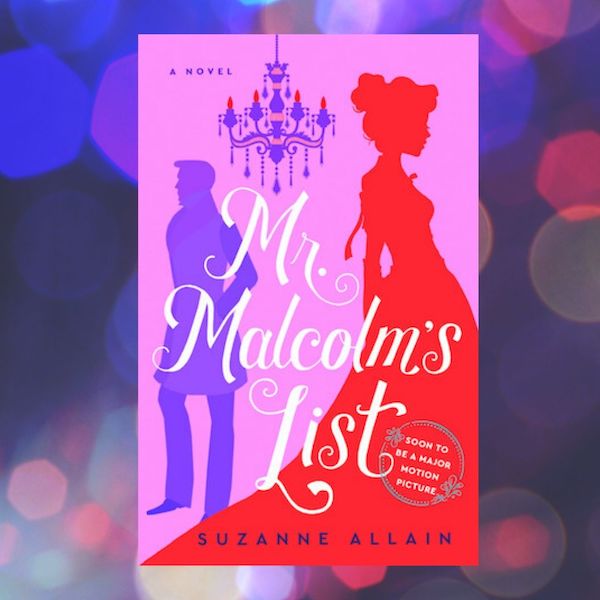 I often find some of the most interesting things while researching books to recommend and share with you. I don’t typically find myself reading historical romance but I recently happened upon a book by a new to me author that tickled my fancy, Mr Malcom’s List. The premise sounds very entertaining…

It is a truth universally acknowledged that an arrogant bachelor insistent on a wife who meets the strictest of requirements–deserves his comeuppance.

The Honorable Jeremy Malcolm is searching for a wife, but not just any wife. He’s determined to elude the fortune hunters and find a near-perfect woman, one who will meet the qualifications on his well-crafted list. But after years of searching, he’s beginning to despair of finding this paragon. And then Selina Dalton arrives in town…

Selina, a vicar’s daughter of limited means and a stranger to high society, is thrilled when her friend Julia invites her to London.  Until she learns it’s part of a plot to exact revenge on Mr. Malcolm. Selina is reluctant to participate in Julia’s scheme, especially after meeting the irresistible Mr. Malcolm, who seems very different from the arrogant scoundrel of Julia’s description.

But when Mr. Malcolm begins judging Selina against his unattainable standards, Selina decides that she has qualifications of her own. And if he is to meet them he must reveal the real man behind…Mr. Malcolm’s List.

…so, I dug a little deeper and discovered it is going to become a motion picture! This revenge plot on an arrogant bachelor straddles the line between hate and love. Mr. Malcom’s List is an historical rom-com with a nod to Jane Austen fans and a gloriously diverse cast. It was recently announced that Constance Wu and Sam Heughan will join Freida Pinto, Sope Dirisu, and Oliver Jackson-Cohen on the big screen. There’s even a short film to share! For a taste, check out Mr. Malcolm’s List: Overture, based on the opening chapters of Mr Malcom’s List.

I was lucky enough to score an exclusive excerpt for Frolic. It ties in nicely with the short film attached above. Check it out and get ready for Mr Malcom’s List – the book – which releases on July 28th!

Julia made the introductions and Selina eyed Lord Cassidy with interest, thinking that she had not been in London for two hours and had already made the acquaintance of a young gentleman. The interest eventually faded to amusement, however, as she decided that Cassie, as he insisted upon being called, could have been torn from one of Cruikshank’s cartoons.

“So, now that my cousin is here, I thought I would explain to you the reason I invited you to London,” Julia said, once everyone was seated. Sensing Selina’s surprise at this statement, as Julia had said in her letter she’d issued the invitation because she wished the pleasure of Selina’s company, she hurried to explain. “Of course, you know I’ve always enjoyed your company, dear Selina, which was the reason I even conceived of inviting you, but I also felt that while you were residing in town you might undertake to help me with a little project.”

“A project?” Selina prompted, as Julia hesitated at that point and seemed loath to go on.

Julia glanced at her cousin, who only scowled more ferociously at her. Julia continued undaunted, although she appeared to be having difficulty meeting Selina’s gaze. “Perhaps ‘project’ is not the right word,” she said. “It’s really more of a lark.”

His cousin ignored him and said, “You see, there is a young gentleman, a Mr. Malcolm, who is widely known for his arrogance. He distinguished me by paying me very pointed attentions, but then humiliated me by withdrawing his suit.”

“How dreadful for you! I am so sorry.”

Julia waved away Selina’s expressions of sympathy with an impatient gesture. “Yes, it was quite unpleasant, particularly when I discovered that he has a list that he judged me against, and found me wanting.”

“It is a list of the qualifications he is looking for in a bride. But he believes himself to be so superior to the rest of us that the qualifications are quite unreachable. I would love to see Mr. Malcolm receive the comeuppance he deserves by playing a small prank on him. And I remembered how in school you were up for any sort of lark.” Selina was given no opportunity to object to this reading of her character—though Selina herself remembered nothing of the sort—as Julia continued, “I thought if we were to present you as the perfect woman he is looking for, and then allow him to discover you have a list, and he does not meet the qualifications on your list, it would be a perfect sort of poetic justice.”

“But, Julia, if he is as arrogant and fastidious as you say, surely I will not attract his attention, either?”

“There is that possibility, but then, you are better informed than I or any other young lady has been. You know about the list, and with some tutelage from me and my cousin, you have a much better chance of meeting the requirements.”

Selina glanced over at Lord Cassidy, wondering how this disheveled, comical-looking man could tutor her in the feminine wiles necessary to attract a refined gentleman of particular tastes. He saw her wondering glance and explained: “Malcolm’s my good friend. I know him better than most.”

“And you agree he deserves this prank played on him?” Selina asked.

Julia replied before Cassie could. “Of course he does. He would not have offered his assistance if he did not think so.” When Selina continued to protest, Julia said impatiently, “Do not be such a namby-pamby, Selina. You will not be doing anything to Mr. Malcolm that he has not already done himself to more than one young lady, myself included.”

“It is just that I think your little prank is doomed to failure. If Mr. Malcolm was not captivated by you, Julia, I doubt he will even look in my direction.”

“Why, Selina, how astute an observation! However, while it’s true you are not a beauty in the classical sense, I think in the right setting and with the correct set of circumstances, you can attract Mr. Malcolm’s attention,” Julia said.

“I must say,” Julia interrupted her, “this little prank is the only thing that has tempted me to venture back into society. I do hope you’ll agree to help me, or we may have to cut your delightful visit short. I doubt I would be in the mood for socializing.”

Selina immediately grasped Julia’s meaning. She had been invited with a specific purpose, that of assisting Julia in humbling Mr. Malcolm. If she refused to help Julia in this endeavor, any entrée into London society would be denied her. She sighed, weighing her options. As much as she disliked the idea, it did sound as if Mr. Malcolm would be receiving his just deserts. And there was always the very real probability he would never even notice her, in which case Julia could not blame her if the plan failed.

“What is it you want me to do?” Selina asked, and Julia smiled in triumph.

One week later, Selina was regretting her hasty agreement to Julia’s plan. She had already spent most of her annual income on the new wardrobe that Julia said was essential to catching Mr. Malcolm’s eye, she had yet to attend even the most innocuous social event, and her head was spinning with the contradictory instructions Julia was giving her.

“You must exude a certain elegance of mind, a knowledge of the world, while still retaining the naïveté that gentlemen find so charming,” she told Selina as they sat beside each other on a sofa in the Thistlewaites’ drawing room, with Cassie sitting across from them.

“Do you know anything about the Corn Laws?” Cassie asked Selina.

“It’s very important that you do. I’ve brought you some tracts on the subject,” Cassie said.

“Don’t waste too much time on those tracts, Selina. A gentleman doesn’t like a lady to be more intelligent than him. Isn’t that right, Cassie?” Julia smiled mischievously at her cousin, who scowled at her. “And thinking too intensely causes forehead furrows.” Julia gently touched the area between Selina’s brows. “It might be a good idea if you were to meditate on the ocean. I have found if I think of the sea, I’m less apt to wrinkle my brow.”

“I beg your pardon?” Selina said.

“Cassie, if you were paying the least bit of attention, you would have realized that I already said that. I explained to Selina that there should be no artificiality in her behavior when she pretends an attraction to Mr. Malcolm.”

“That doesn’t sound anything at all like what I said,” Cassie said.

“Pardon me for not using words of fewer syllables—”

“Well if you are so smart, Miss Hoity-Toity, why couldn’t you pass Malcolm’s little test?”

“Perhaps if you’d warned me—”

Selina had heard enough. “Stop it this instant!” she said, breaking into their argument. The cousins turned to look at her, their eyes big. “I have heard enough of your bickering this week to last me a lifetime. I believe I have an idea of what Mr. Malcolm is looking for. Now, what plan do you have for us to meet?” 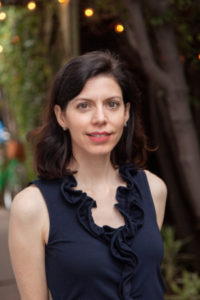 Suzanne Allain is a screenwriter who lived in New York and Beijing before returning to her hometown of Tallahassee, Florida, where she lives with her husband. She makes frequent visits to Los Angeles for work, but one of her most memorable trips was to London to see her script MR. MALCOLM’S LIST: OVERTURE being filmed.

Donna Soluri started in the book world as Scandalicious; now, this almost empty nester is going her own way. A lover of cupcakes, champagne, old-school rap, and Harry Styles she likes to read books with characters closer to her age still romancing and kissing and causing trouble.
All Posts
PrevPreviousThe Baby-Sitters Club Is The Wholesome Content We NEED
NextDaily Frolic: Zendaya filmed a MOVIE during quarantine!?Next