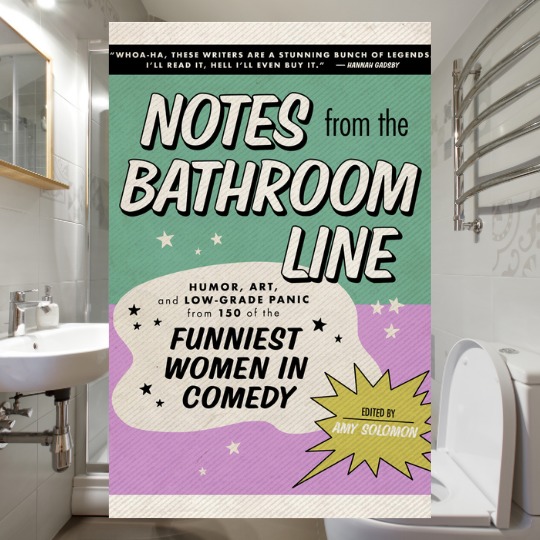 Ever had an ex ruin a song for you? Yep, so have we, and so have the comedians who contributed to Notes from the Bathroom Line, a hilarious book edited by Amy Solomon! Scroll down to see which songs your favorite funny women can no longer stand in this exclusive excerpt, as well as their most chaotic reasons for a breakup. 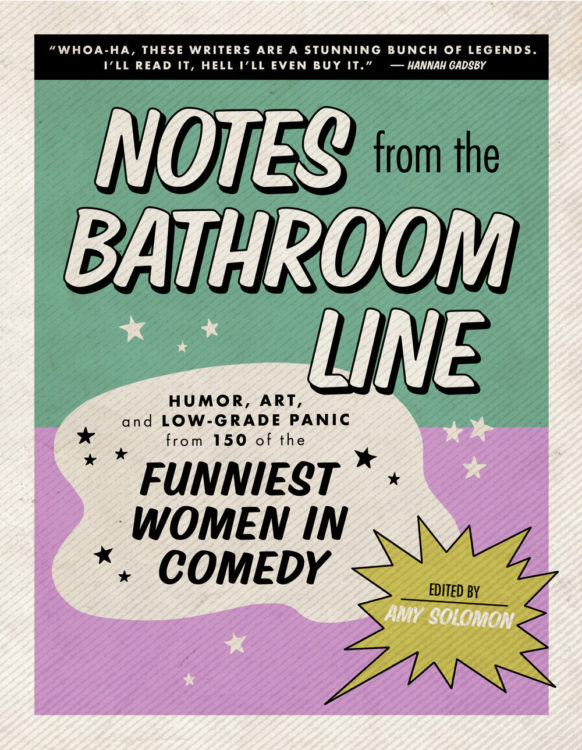 About Notes from the Bathroom Line:

More than four decades ago, the groundbreaking book Titters: The First Collection of Humor by Women showcased the work of some of the leading female comedians of the 1970s like Gilda Radner, Candice Bergen, and Phyllis Diller. The book became an essential time capsule of an era, the first of its kind, that opened doors for many more funny women to smash the comedy glass-ceiling.

Today, brilliant women continue to push the boundaries of just how funny—and edgy—they can be in a field that has long been dominated by men. In Notes from the Bathroom Line, Amy Solomon brings together all-new material from some of the funniest women in show business today—award-winning writers, stand-up comedians, actresses, cartoonists, and more.

Notes from the Bathroom Line proves there are no limits to how funny, bad-ass, and revolutionary women can—and continue—to be.

WHAT’S A SONG/ALBUM/MOVIE/BOOK/ETC THAT AN EX RUINED FOR YOU?

KAREN CHEE: Bruce Springsteen. This is due to every single one of my exes. For once, I’d love to date a man who isn’t obsessed with him and instead obsessed with me, as he should be. I am the real boss here.

MARIA BAMFORD: As a result 35 years of loving/being loved by other human beings, romance films and romantic comedies are all considered science fiction. Eat Pray Love may as well be Alien.

PUNAM PATEL: “Let Me Love You” by Mario. He would always play it for me and I was like “I am letting you!”

EMILY HELLER: “The Milk-Eyed Mender” by Joanna Newsom. We listened to it on repeat for the three hours it took to break up after dating for…a month. Why on earth did it take me three hours to get dumped? That’s six minutes of processing for each day we were together. I received a follow-up email weeks later which I was sure would be a reversal of the break up decision but instead was just an inquiry about what that album was called. I responded RIGHT AWAY.

TIEN TRAN: Avatar. We started watching it, and then she broke up with me before we could finish. And honestly, it’s the nicest thing anyone has ever done for me. Thank you!

SOMETHING YOU’VE ACTUALLY BROKEN UP WITH SOMEONE OVER

AYO EDEBIRI: We didn’t get the chance to properly break up, but I went on a first and double date and the guy I was set up with refused to eat vegetables. Just flat out did not eat any type of vegetable. I wonder who regrets it more: me because he was hot and a lawyer, or him because he probably has scurvy and is dead now.

MO WELCH: Caught my man in college eating a booger. Had to end it and come out as gay immediately.

CHELSEA DEVANTEZ: This guy texted me all about his day and all the fun things he did and ended it with “I love my friends and I love New York City!” and I replied “ok Carrie Bradshaw.” So I’m not really sure who broke up with who, but that is the last time we ever spoke.

Amy Solomon is a producer on HBO’s Silicon Valley and Barry. She currently runs Alec Berg’s production company, where she develops content for film and television. She lives in Los Angeles.

Where Romance and Pop Culture Live Happily Ever After.
All Posts
PrevPreviousYA Romance Books for Fans of Bridgerton
NextExclusive: The Path to Sunshine Cove by RaeAnne Thayne ExcerptNext