Exclusive: Once a Fallen Lady by Eve Pendle Excerpt 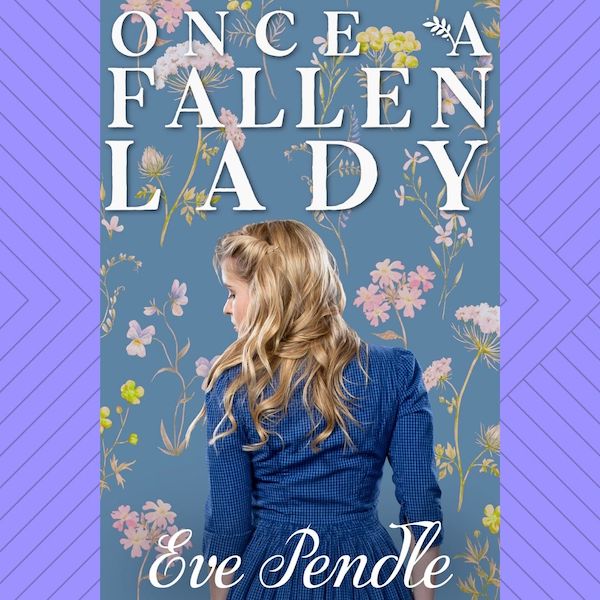 I am excited to bring you an exclusive excerpt of the second book in Eve Pendle’s Fallen series, Once a Fallen Lady. I reviewed the first book in the series, Falling for a Rake, last August.  –Keira

About Once a Fallen Lady:

He woos her with chocolate, flowers, and novels. She can’t say no to him, but can’t say yes to love.

Lydia Taylor’s roof is leaking, her chickens are out of control, and she can’t afford the rent. When her daughter falls ill, the last person she wants knocking at her door is gorgeous school teacher Alfred Lowe. His scowl makes her feel like he can see through her façade of a respectable widow and judge all her secrets.

To achieve his dream of his own school, Alfred Lowe needs to marry a wealthy lady. But from the moment Lydia Taylor fell at his feet, he’s been awkwardly attracted to her. What begins as duty to support one of his pupil’s mother soon becomes much more complicated. Maybe even…love?

But amongst kisses, tears, and savory pies, the past creeps into the present, casting a long shadow. If they risk love, they could lose everything they’ve ever wanted.

Lydia extended her stride, and the mud flicked up onto her dress. Her daughter dragged on her arm as they walked, sleepy and chuntering about daffodils.

Annie would be late for school again, and Lydia knew it was because of her failing as a mother. The leaking roof had kept Annie awake, the porridge had burnt, and–oh it hardly mattered. The teacher, Miss Moore, would show her disapproval of tardiness with all the charm of a disgruntled sow.

“Let’s race,” Lydia said as the idea caught her. If they ran the last couple of streets, Miss Moore might still be waiting outside. That would avoid having to send Annie into the already filled schoolroom. Lydia picked up her pace and lifted the hem of her skirts with her free hand. Reluctantly, Annie started to run, letting go of Lydia’s hand to use both hands to grab her dress.

A giggle rose in Lydia’s throat as they chased down West Street, but she repressed it, flanked as the street was with workers’ cottages. They turned into School Lane, with its avenue of chestnut trees, the branches adorned with white pyramid-like flowers after the long winter.

“Nearly there.” The wall of the school loomed ahead, though the road was a quagmire. “I’m going to beat you!” Lydia grinned as she turned her head to check how far Annie was behind her but kept running forward.

“No, I’ll win!” Annie laughed and picked up speed.

Annie took the other route around a big puddle and Lydia watched her as she ran, heedless of her own footing. Annie, in her haste, almost allowed her hem to drag. “Pick your skirts up higher,” Lydia warned.

The ground slid under Lydia’s boot. She lurched, everything fluid where it had been solid. Toppled but weightless, she flung out her hands. Briefly she thought she might save herself, her stomach clenching under her corset. Too late. Her outstretched palms slammed into icy mud.

Agony cracked across her hands and upward. Her arms crumpled at the elbow and her breath was smashed from her chest. Mud splattered her face. Cold, hard, and biting, the fall stole her breath. The implications shuddered through her like a second blow. If she was hurt, who would look after Annie?

The pain in her arm receded, leaving grit stabbing at her palms and wind tugging her hair. Lydia regarded the waterlogged ground, shiny and pockmarked with gravel. Freezing mire seeped through to her knees, the tops of her thighs, and her elbows.

She wasn’t hurt beyond scrapes and bruises, but Annie would definitely be late for school. By striving to be respectable Lydia had caused herself more delay, work, and humiliation. Her dress was soiled with thick mud and people would notice and whisper as she walked back through the village. It would take her hours to launder it, and wash day had been only yesterday. Pinpricks threatened behind her eyelids.

Words caught in Lydia’s throat and she screwed up her eyes. Miss Moore’s lip would curl into a spiral when she saw Lydia. It would shame Annie to have a mother like her. As if she weren’t already.

“Are you hurt?” asked a voice as deep, smooth, and tempting as butter on crumpets. A male voice.

She lifted her gaze a little. Dark gray woolen trousers partially covered large black leather shoes, good quality but not fancy. Further up he appeared strong and wiry. Her stomach flipped. She raised her chin and looked straight past his matching wool waistcoat and coat, broad shoulders and a green cravat. His face held serious eyes and a concerned expression, a hat partially covered lustrous dark brown hair.

He held out a solid hand to her.

“I’m all right. I’m fine, really.” She didn’t take his hand. Men as handsome as him were nothing but danger, even when one was lying in the dirt. Scrambling to her feet, she instinctively wiped her hands on the back of her skirt. The fabric was thin beneath her fingers as she smeared mud on the only clean part of her dress. She was acutely aware of her worn cuffs. At least they were wet and splattered in mud, so he couldn’t see how poor she was.

“Thank you–” She stopped. “I’m sorry, we haven’t met.” She drank him. He had a strong jawline and heavy brows. He was the sort of man any lady would want to examine like a beloved trinket.

She must have been staring, because his face shuttered into polite acceptance. “I’m Mr. Lowe. The new teacher.”

“Oh.” The school had been without a second teacher for some months, since the school board had dismissed Miss Barnes after her marriage. “Miss Moore will be pleased.”

Mr. Lowe’s mouth tugged into a droll smile. “Perhaps.” He turned to Annie. “What’s your name?”

“Annie Taylor.” Annie’s eyes were wide. She scuttled over to Lydia, grasping out for her hand. Not finding it, she gripped onto Lydia’s dress. Her dirty dress.

“Annie, shall we go in?” He looked up at the last of the other children filing into the schoolroom. “Your mother will want to go home and get dry. Good day, Mrs. Taylor.”

Lydia felt an unwelcome flush run through her. He’d assumed she was married, as of course he would. Exactly as she wanted everyone to think. In time he’d hear she was a respectable widow who kept herself to herself.

He strode away without waiting for a reply. Lydia dropped to her knees to kiss Annie on the cheek.

“He’s very stern,” Annie whispered as she kissed her back. “Do you think he’ll shout?”

“I’m sure he’ll be nice,” Lydia said with more conviction than she felt. “Now off you go.”

Annie ran after Mr. Lowe and caught him up at the school door. Lydia watched as Mr. Lowe indicated for Annie to go ahead of him, then turned before following her. Their gazes locked. She had the disconcerting sensation he could see through all her pretense, to her failure as a bourgeoisie lady and the disgrace she had become.

He tipped his hat to her as if they were meeting in the park, her bedecked in fine silks and him a deferential gentleman. Then he disappeared into the school, closing the door behind him.

A spot of rain hit Lydia’s cheek, frigid as reality. Then another on her drenched sleeve. She spun on her heel and began to walk home. There would be no let-up back at the cottage. No comfortable chaise or servants at the ring of a bell. Her dress needed laundering, the bucket under the holes in the roof needed to be emptied, and to dry clothes she would need to build the fire with coal she could ill afford. Within seconds the drops came down faster and harder until she was soaked and heavy and aching, not just from her fall but the wet. The April shower was in full force, streaking her vision and hitting her with tiny stones. It was only what she deserved. 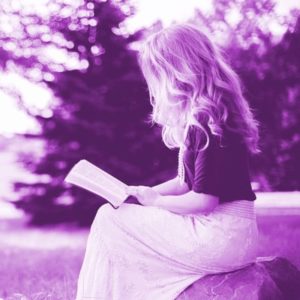 Eve Pendle writes angsty, snarky and passionate romance. Her love of reading historical romance eventually morphed into wanting to write her own. She has a National Trust membership, lots of books and an unhealthy interest in gin. She loves wearing dresses, eating chocolate, equality, liberty, her husband and her dog (not necessarily in that order).

Where to Find Eve:

Keira Soleore writes for the International Examiner and Cogitations & Meditations. She enjoys connecting with readers on Twitter (@keirasoleore) and through her website (www.keirasoleore.com). Her interests include medieval manuscripts, philosophy, poetry, picture books, choir, sunshine and beaches. Keira is a pseudonym.
All Posts
PrevPreviousLove YA: Top 3 Y.A. Reads for the Week of January 28th!
NextLore Olympus Fanart Roundup!Next