Exclusive: One Thing Leads to a Lover by Susanna Craig Cover Reveal and Excerpt 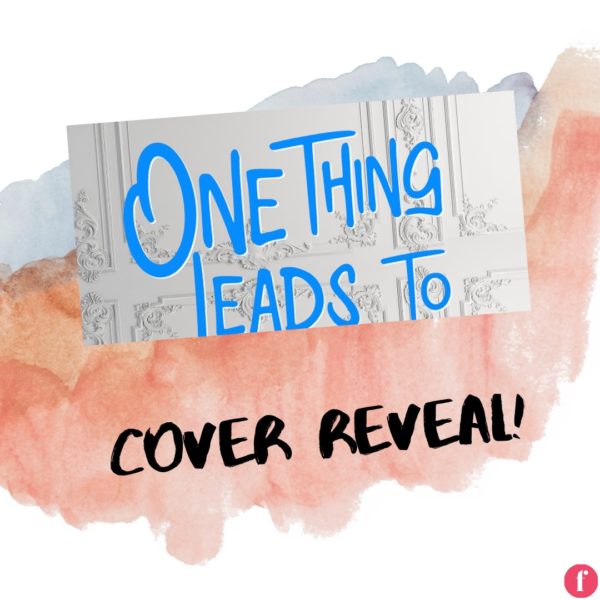 Hello, readers! Hope I find you good today and that you are having a very good start on this fine morning. Happy to be bringing you a new cover to share, because you know I’m all about sharing bookish stuff and I love a good cover reveal day. When I say you aren’t ready for this one, I mean it, because the level of beauty is… well, it’s out of this world. I’m obsessed! One Thing Leads to a Lover comes out April 6, 2021. Cover design by Nathalie Gray of KANAXA Design. 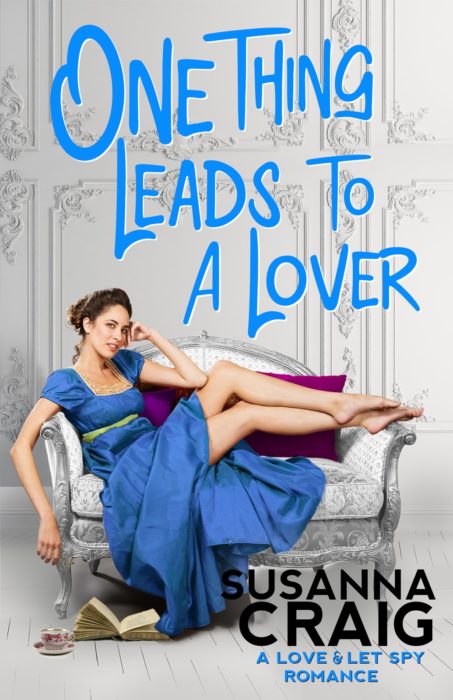 About One Thing Leads to a Lover:

Amanda Bartlett, widowed Countess of Kingston, is a woman beyond reproach. Married at nineteen, she dutifully provided the Earl with an heir and a spare before his death three years ago. Since then, Amanda has lived a simple, quiet life. A life that, if she were honest, has become more than a trifle dull. So when an adventure literally drops into her lap, in the shape of a mysterious book, she intends to make the most of it—especially if it brings her closer to a charismatic stranger. . . .

Major Langley Stanhope, an intelligence officer and master mimic known as the Magpie, needs to retrieve the code book that has fallen into Amanda’s hands. The mistaken delivery has put them both in grave danger and in a desperate race to unearth a traitor. It’s also stirred an intense, reckless attraction. Langley believes the life he leads is not suitable for a delicate widow, but it seems he may have underestimated the lady’s daring . . . and the depths of their mutual desire. . . .

[scene: Secret agent Major Langley Stanhope is disguised as a footman at a ball, where he’s agreed to meet Amanda, Lady Kingston, to look for the missing codebook.]

“Oh, thank goodness.” The reply came on a rush of relief as a figure hurried toward him from somewhere near the fireplace. “I thought it might be you, but at first I couldn’t work out a way to be sure without revealing myself. And you just stood there for so long. I realize it’s terribly dark in here—the natural effect of a rainy night, I suppose, and we’re quite at the back of the house—but I began to fear—”

He reached out his hands and caught her shadowy form by the upper arms before she ran into him, prompting a gasp. “Have you had a chance to look for the book?”

She shook her head. “I’ve only just managed to get away from the dancing.”

He wasn’t surprised the countess was a desirable partner. She certainly could be charming enough. And with her in that red dress, even a gentleman would look for any opportunity to draw her lithe figure close.…

“No matter,” he said, abruptly releasing her and setting her a little apart. “I think it’s best if I look and you return to the party. You go enjoy the supper, make up some excuse for your absence. I’ll light a candle and have a look arou—”

The door rattled in its frame, as if something had fallen against it. Then someone whispered—or thought he whispered—drunkenly, “How ’bout here?”

A feminine giggle, followed by somewhat quieter words. “Ohhhh. You’re an eager one! But upstairs…” she pleaded.

Langley pictured her pulling the man along the corridor with her, in search of some hidden place for a tryst, a theory confirmed when the door rattled again as if the man’s weight had been lifted from it. Langley dared to let himself breathe.

Then the latch clicked and the man said, “I’m not waiting for a proper bed.”

Lady Kingston flailed in the darkness and, finding his arm, gripped it and whispered frantically, “What are we going to do?”

They could hide, of course. The drunken couple would be too busy to bother noticing they weren’t alone in the room. Of course, that would mean crouching with Lady Kingston in the darkness, just feet away from whatever went on between the other two. Waiting. Overhearing…everything.

The list of things a man and woman might do, even without a proper bed, was long.

“Kiss me,” Langley said, throwing his arms around her again.

When the door flew open, the faint light of the corridor would illuminate just enough of the two of them, locked in an apparent embrace, to persuade the couple they needed to look elsewhere for a trysting spot. Not enough that he and Lady Kingston could be identified. He hoped.

“I beg your pardon?” Within the circle of his arms, she grew rigid but did not struggle.“Did you say—?”

“Kiss. Me.” He almost growled the command the second time, no opportunity to explain his plan as the door swung inward.

For once, she didn’t babble or ask questions. She did as she was told.

Pressing her body against his, she rose up onto her toes and brought her lips to—well, to the edge of his jaw. Her aim must have been thrown off by the darkness. Then she dragged her petal soft lips along the determined stubble that had reappeared over the course of the evening, at last reaching the corner of his mouth. Was that—Christ have mercy, was that the tip of her tongue?

He dropped one hand to her hip to turn her slightly out of the path of the light, out of the view of the intruders. He had no fear of being recognized, but he had to take care she wouldn’t be either. At this angle, nothing of her would be visible but perhaps the edge of her skirts, and in the semi-darkness, their color could not be easily identified.

God, but her dress was just as wicked to the touch as it was to the eye, the way that filmy red layer—the one that promised to reveal everything to a man’s eager gaze—slipped and skated over the silky stuff beneath, revealing her curves to the palm of his hand. His fingers curled almost convulsively in the fabric, against the flesh beneath. He needed—

He needed to take control of this kiss. The cold sharpness of the jewels at her throat pressed into his palm when he lifted his other hand to the back of her neck, squaring their mouths, keeping his determinedly closed.

Her own lips were still slightly parted, still soft and inviting, and for all that his brain knew this kiss was a ruse, his body seemed to have other ideas. On a groan, he drew her closer, tipped his head, and claimed her mouth with his.

Almost as soon as she could hold a pencil, Susanna Craig began writing stories. Today, she pens award-winning Regency-era romance novels that blend history and heart with a dash of heat. An English professor, wife, and mom, she’s currently finding her happily ever after in Kentucky while holding onto her Midwestern roots.

Hi, I'm Sil! 21. Mexico. she/her pronouns. I am the owner of the book blog, The Book Voyagers, where I blog and review books. Mainly, I focus on recommending and reviewing diverse books written by marginalized authors. You might also know me for doing book aesthetics and just shouting in capital letters about new books releasing. I'm a big fan of Adult Romance, but I also love Young Adult especially contemporary fiction and fantasy.
All Posts
PrevPreviousNekesa Afia and Pamela Varnado Bring the Love!
NextYour 2021 Book Horoscope by Amanda LaraNext