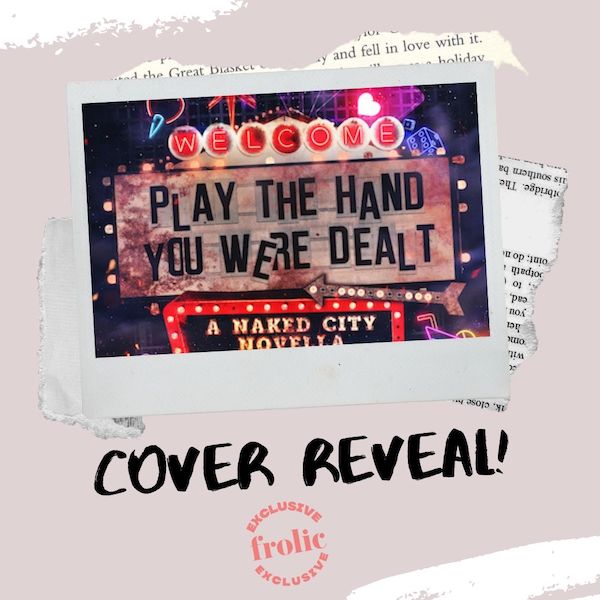 We are so excited to bring you the amazing cover reveal exclusive excerpt of Play the Hand You Were Dealt by M. Jay Granberry, out July 22nd! 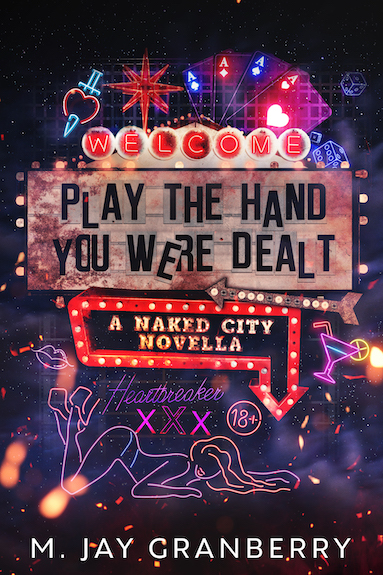 About Play the Hand You Were Dealt:

Welcome to the gritty underbelly of Las Vegas. A neighborhood where the neon doesn’t shine so bright, and tourist aren’t welcomed. The citizens have never been friendly, and streets have never been clean.

In the Naked City lines are blurred and sin has deadly consequences.

FAIR GAME and THE SOVEREIGN DIRECTIVE

New Orleans is a unique city. Situated at the mouth of the muddy Mississippi River. Its locale is advantageous for some and disastrous for others. Seasonal floods make the soil rich and yields great returns for the gardener, but those same floods have destroyed homes and lives without thought or compunction.

The bayous and waterways offer a natural transportation network, but it also hides a plethora of sins. Some secrets are laid to rest in the brackish waters of the marshy outlets while others hide, lying in wait, for the right person or the right opportunity to present itself.

The culture is a menagerie of several different groups that came together in one special place, at one chosen time, to create a unique society comprised of slaves and free folk, clergy and whores, powerful Voodoo priestesses and penitent Catholics, and hardworking citizens and even harder working criminals.

In all places there are dark people. Those that exist outside of the boundaries of polite society. On Sunday, August 26, 1956 at an old plantation sixty-eight miles outside of the city’s limits a group of strangers, five men and two women, smartly dressed and unmistakably dangerous convened to bring a semblance of structure to the chaos threatening to tear the city apart from the subterranean crime world to the opulent masquerades and cotton funded mansions.

Under the shade of magnificent nine-hundred-year-old Anseman Oak trees, with sweet tea spiked with rum distilled from Louisiana sugarcane, the seven attendees, each a leader of enterprise in their chosen illicit field, made a pact. One that governed the city’s criminal enterprise.

They called their newly found alliance Le Milieu, a French word that roughly translated means The Underground, in honor of their French forefathers that paved the crooked path.

This is their directive…

For the betterment of New Orleans, we come together, no longer known by our names but as our monikers Pride, Greed, Lust, Envy, Gluttony, Wrath and Sloth. We the agents of this city’s sin commit time, energy, and resources equally to collectively run this city. We have established the following ten directives and method of challenge.

Due to the nature of our business there will always be challengers. For the wellbeing of our city challenges are to be resolved civilly. The challenger may request a game of chance. One that exhibits skill and shows character. One that is neither fixed nor grossly skewed. The challenge may come only once from the same challenger, and the winner will take all.

It was well after midnight when the five men and two women got back in their personal vehicles and retreated to their respective corners of the city. Their alliance was unprecedented and their treaty although tentative weathered the test of time and challenge. The document has stood for the last sixty-three years governing times of great prosperity and also times of war.

Where Romance and Pop Culture Live Happily Ever After.
All Posts
PrevPreviousFootball Cravings: Romance Edition
NextDaily Frolic: 6 Albums that Dropped During QuarantineNext