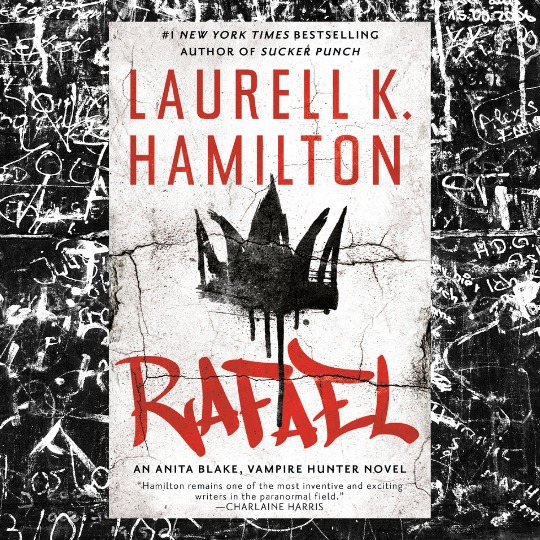 We are so excited to bring you this exclusive excerpt of Rafael by Laurell K. Hamilton, out February 9!] 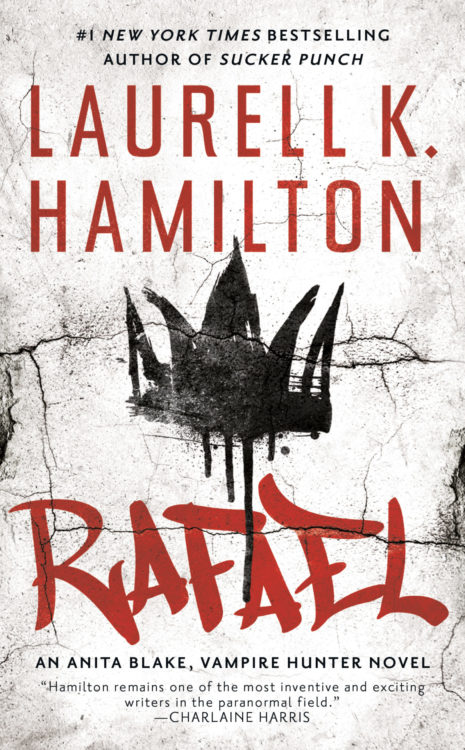 Rafael, king of the wererats, must fight to the death to defend his crown. He wants Anita Blake, one of his closest allies, with him as he faces an opponent unlike any he’s faced before. He will ask Anita to risk everything to be at his side.…

But some of the wererats fear that Rafael depends too much on Anita and her ties to the vampires. They believe that there is only room in America for one supernatural king, and Rafael will turn them into nothing more than food for the bloodsuckers.

Among his enemies, a new challenger has arisen who is younger, hungrier, and has dark secrets that could destroy both the wererats and the vampires. Rafael will go into the magical heart of his people to find the power and violence that he needs to save them all, or die trying.

Rafael murmured into my wet hair, “Will you come watch me fight tonight, Anita?”

“I thought it was wererats only,” I said.

“Usually, but I am allowed a mate who is outside the power structure.”

“What does that mean, outside the power structure?”

“I am not the only king in our history who had problems dating within his clan. I am allowed a girlfriend, even a spouse who is not a wererat.”

I rubbed the side of my face against his chest, carefully so that I didn’t end up with a face full of water. “If it won’t cause more problems for you and the rest of us, then sure, I’ll come and cheer you on tonight.”

“Why do you want me to see him before the fight?” I asked.

He held me tighter, closer, and I wrapped my own arms around his waist and held him harder as if just that would make things better. It didn’t, but it didn’t make them worse either.

“You should see him clean and strong before I hurt him.”

“You’re going to kill him, Rafael, what does it matter what he looks like alive and healthy?” I asked. I wanted to see his face, but we were holding too tightly;if I raised my face up, I’d drown.

“If I win, yes, but if he wins then you need to seduce him, Anita. You need to do everything you can to protect those closest to both of us in my clan.”

“That’s it,” I said, and tried to pull away from him, but he held me in place. I raised my face to try to see him and got a face full of high-pressure water. At least I hadn’t breathed in, I thought as I tucked my face back against his chest. “Rafael, why are you talking like this?”

“It is always a possibility that I will lose, Anita, you know that.”

“Damn it,” I said, and fumbled behind him for the shower controls. I turned the wrong one and we were suddenly covered in icy water. I cursed and found the correct knob. The water stopped and it was suddenly quiet. He held me close, putting one hand against my head so I couldn’t move enough to even see his face. I could have struggled and maybe made him let me go, or maybe he would have let me go just because I struggled, but in that moment I felt the strength of his arm around my body like iron made flesh and coated in a smooth, wonderful brown skin. His hand was like steel holding me in place, my face pressed against his chest. I could hear his heartbeat now, thick and sure of itself.

I let him hold me but didn’t hold him back. I rested my hands on his hips; under other circumstances it would have been sexy, but not now. “What is going on, Rafael?” I felt ridiculous talking like this, all pressed to his chest, but I wanted him to answer my question more than I wanted to fight him over where I was standing.

“I have told you what is happening tonight,” he said, his voice rumbling up through his chest against my face.

“I’ve seen you before other fights, Rafael, and this is not right, you’re not right tonight. I don’t know what is wrong, but you have to delay the fight.”

“Why?” he asked, and he kissed the top of my wet hair.

“Because if you are convinced you will lose then you will, that’s true of all fighting.”

“I will do my best for my people tonight, Anita.”

“I will try.” But his voice made a lie of it. He would try, but he didn’t believe it would work.

From RAFAEL published by arrangement with Berkley, an imprint of Penguin Random House LLC. Copyright © 2021 by Laurell K. Hamilton.

Laurell K. Hamilton is the #1 New York Times bestselling author of two series that mix mystery, fantasy, magic, horror and romance. Her Anita Blake: Vampire Hunter novels from Berkley Books began with GUILTY PLEASURES (now a hugely successful graphic novel from Marvel – the first sexy paranormal comic ever!) and continues with the SKIN TRADE, number seventeen in the series, in which Anita’s complex personal and professional relationships with a master vampire and an alpha werewolf continue to evolve. There are now more than 6 million copies of Anita in print worldwide, in 16 languages. Hamilton’s Ballantine series features Fey princess and private investigator, Merry Gentry and there are now six novels exceeding one million copies in print. Divine Misdemeanors, the eighth in the series will debut Octobe 29, 2009. She lives in St. Louis County Missouri with her husband Jonathon Green, daughter, one pug dog and one boxer/pug dog.

Where Romance and Pop Culture Live Happily Ever After.
All Posts
PrevPrevious5 Ways to Up Your Bookstagram Game
NextReading Fantasy in Hard TimesNext