Exclusive Rock Star Romance Excerpt: The Girl with Stars in Her Eyes by Xio Axelrod 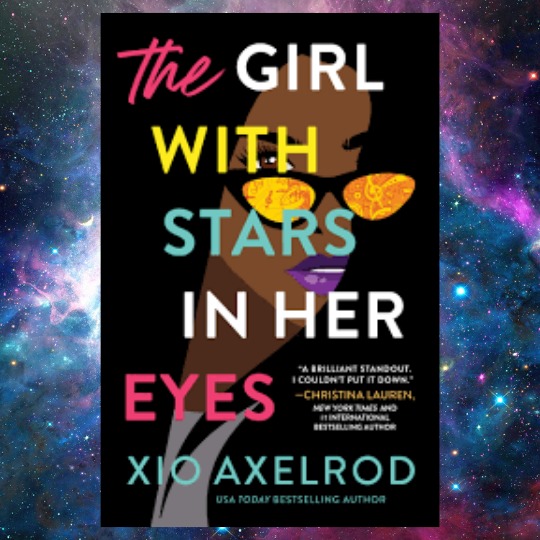 We are so excited to bring you this exclusive excerpt from The Girl with Stars in Her Eyes by Xio Axelrod! 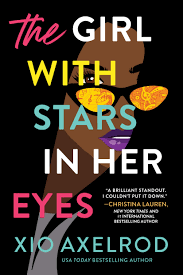 About The Girl with Stars in Her Eyes:

Her name’s Antonia “Toni” Bennette (yeah, she’s heard all the jokes before) and she’s not a rock star. Neither are the Lillys—not yet. But the difference between being famous and being almost famous can be a single wrong note…or the start of something that’ll change your life forever.

Growing up in dive bars up and down the East Coast, Toni Bennette’s guitar was her only companion…until she met Sebastian Quick. Seb was a little older, a lot wiser, and before long he was Toni’s way out, promising they’d escape their stifling small town together. Then Seb turned eighteen and split without looking back.

Now, Toni’s all grown up and making a name for herself in Philadelphia’s indie scene. When a friend suggests she try out for a hot new up-and-coming band, Toni decides to take a chance. Strong, feminist, and fierce as fire, Toni B. and the Lillys are the perfect match…except Seb’s now moonlighting as their manager. Whatever. Toni can handle it. No problem. Or it wouldn’t be if Seb didn’t still hold a piece of her heart…not to mention the key to her future.

Toni had learned, hard and fast, the rules of being a session musician. A hired gun. Learn the songs, nail the gig, and keep your damn opinions to yourself. This was not her first time playing in someone else’s sandbox.

So why, oh why, had she opened her big stupid mouth?

“I don’t hear it.” Jerry Gant, a veritable icon in Philadelphia’s tight-­knit folk-­rock scene, folded his arms and looked at Toni as if she’d pulled out a can of lighter fluid and set fire to his custom-­made Gibson. “Run it back again.”

Tossing a look of sympathy her way, Richie Michaelson—­engineer and heir apparent of Phactory Sound Studios—­hit Play and turned up the volume on the monitors.

Shit, shit, shit. She really couldn’t fuck this up. A hired gun was supposed to be a fixer, a clutch musician who could step into any situation and deliver on demand. She’d spent the last few years working her way onto the studio circuit. Hard for any musician, but even harder for someone like her.

Richie had brought her in for several local sessions, and not once had the words not bad for a girl ever dropped from his mouth. Toni held her breath as he pressed Play. Again, something sour hit her ear. She looked at Jerry, but he seemed steadfast. Was it possible he really couldn’t hear it? She glanced at Richie, whose face remained impassive, as always.

“I could be wrong,” Toni hedged. She wasn’t, though. Something on the track grated on her ears like nails on a chalkboard.

“It’s worth another listen,” the engineer said. Toni knew what he was doing, and she was grateful for the silent support.

The intro to the midtempo, alt-­folk ballad poured through the speakers for the third time in a row. It reminded Toni of the songs her mother used to sing in bars and small clubs up and down the East Coast, back when Toni traveled with her as a child, but with a contemporary twist. The song didn’t really fit what she knew of Jerry’s legendary sound.

Acoustic guitars were richly layered over a muted upright bass, cycling through the opening chords until the vocals kicked in. It was that transition, from intro to verse, that had caught Toni’s attention. Something wasn’t quite right, but she couldn’t yet put her finger on it. Despite that, she’d called the room’s attention to it. That had brought the entire session to a halt—­a session that was already well over time and budget.

This was bad. But Toni couldn’t let it go, not if her name was going to be attached.

“There. Stop it there,” she instructed Richie with a light touch on his shoulder. In for a penny. “Something’s clashing.”

“Again,” Jerry barked, striding over to peer at the screens.

Richie played the track from the beginning. This time, Toni saw his head cock to the side when the song got to the part that had been bugging her. He stopped the playback.

“Right there.” Toni pointed to a spot on the large display monitors. The sound waves etched up and down each track showed the spikes and valleys of each instrument. “Someone’s guitar is out of tune.”

Jerry turned and looked at Toni as if seeing her in a new light, his gaze narrowing as he studied her.

This was another thing Toni had learned to take with grace. People didn’t expect much from her, especially when they first met. She was attractive enough, sure. Toni wasn’t so naive as to think she didn’t luck out in the genes department. With her thick black hair, light-­brown eyes, and dimpled cheeks, Toni knew she had some appeal. But cute, curvy girls were a dime a dozen in the music industry.

Cute, curvy Black women who could play the guitar like Prince and knew the difference between Matchbox Twenty and Twenty One Pilots? Not so much.

So, yeah. Toni understood the expression on Jerry’s face.

“Well, I don’t hear anything,” he sneered.

Screw it. It was his goddamned song.

“Could be me,” Toni offered, glancing down at Richie.

His mouth twisted into the barest of grimaces, but Toni could see the wheels turning behind his ice-­blue eyes.

“How about I drop out each of the acoustic guitar tracks and we play the intro on a loop?” he suggested. “I’ll add them back in one at a time, just to be sure.”

Richie was one of the good guys. Yay for that.

Jerry groaned. “Whatever, hurry up. I’m not made of money.”

Ironic coming from a guy who had just signed another multimillion-­dollar deal with YMI.

Jerry stalked over to the plush suede sofa that sat against the longest wall of the control room and plopped down next to his bassist, producer, and sometime mouthpiece Elias Crown.

“Go on, loop it,” Elias said. He was old school, from an era when the labels and studios were like automated factories, churning out hit after hit, and the casting couch was a rite of passage for aspiring artists. His eyes raked over Toni in a leer. “Let’s see if there’s anything there,” he added. “Or if this…young woman is angling for more time to get her bearings.”

Toni’s eyes flashed to Elias’s. Cretin. She didn’t want to give him the satisfaction of knowing he’d gotten to her. The song was simple, easy to navigate, and in desperate need of some flavor. Flavor she could provide without even breaking a sweat.

“I don’t need more time,” she said, keeping her voice as even as she could.

Elias must have interpreted her disgust as something else entirely because a slow smile spread across his chapped lips. “You sure?” He thought he’d caught her out.

“I can knock it out, no problem, if you mute the other guitars,” Toni challenged, keeping her gaze locked with Elias’s. “That off chord is distracting.”

“Whew! I’m sure glad Jerry here isn’t too put out to hear you say his guitar is out of tune.” Elias grinned.

Xio Axelrod is a USA Today bestselling author of award-winning contemporary romance, romantic fiction, and what she likes to call strange, twisted tales.

Xio grew up in the music industry and began recording at a young age. When she isn’t writing stories, she can be found in the studio, writing songs, or performing on international stages (under a different, not-so-secret name).

She lives in Philadelphia with one full-time husband and several part-time cats. She occasionally writes erotica under the name Xio Nin. Find her at www.xioaxelrod.com.

Where Romance and Pop Culture Live Happily Ever After.
All Posts
PrevPreviousA K Drama Starter Guide by Katherine Center
NextTen Hot Reads for March 2021Next