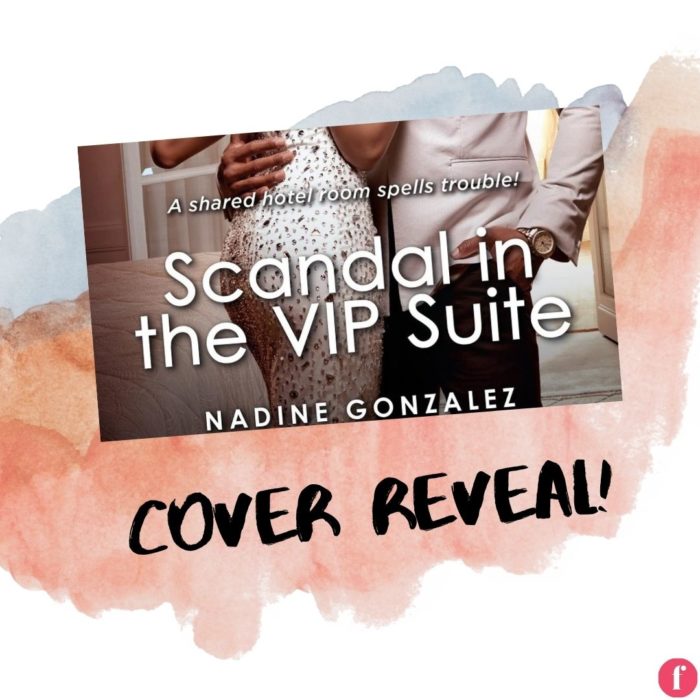 Hi friends! Hope you are safe and doing well. I am bringing you a cover reveal that hopefully makes you very, very happy, because it surely made me super excited to see it and to anticipate this book! Scandal in the VIP Suite by Nadine Gonzalez is an upcoming Harlequin Desire novel, out January 1st, 2021. I’m so happy Nadine approached me to reveal the cover and I’m forever thankful! But without further ado, we are here to get a look at it, right? So don’t be shy, look below! 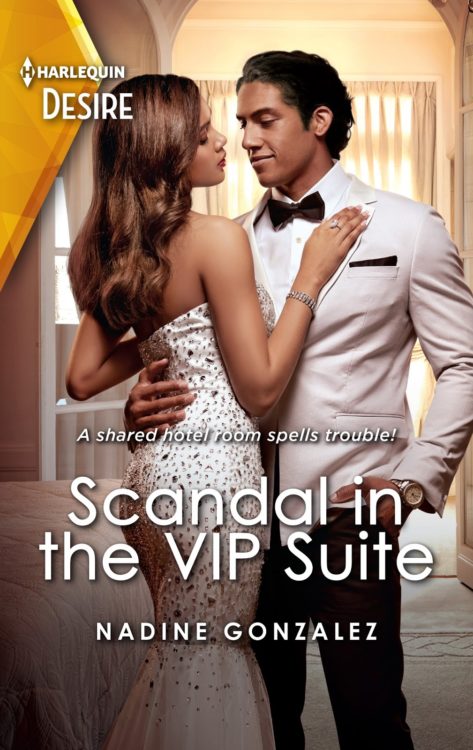 About Scandal in the VIP Suite:

When Nina Taylor peeks into the luxury hotel suite that should have been hers, she’s caught by the room’s occupant, Julian Knight. The Hollywood bad boy, so-called face of toxic masculinity, quickly offers a compromise: Why not share? Soon, the paparazzi is jumping to scandalous conclusions—and Julian and Nina share an incredible kiss. Good thing they’re only booked for a week…

Nina was out of breath when she made it back to the third floor, just narrowly escaping a downpour. She entered the suite through the sitting room. The doors to the balcony were wide-open and there he was, standing with his back to her. Without the added layer of a jacket, she could plainly see the contours of his muscles under his T-shirt, and it was impressive—not that she cared.

Nina drew a breath for courage and joined him on the balcony, leaning against the rail. He smiled down at her, and she noticed that his soft brown eyes were flecked with gold. How had she not noticed before?

“There you are, Goldilocks.”

Nina cringed, but only on the inside. On the outside, she remained cool. “I spoke to the manager. They can put me up at another hotel.

“I love rain.” It was Miami! Summer showers were part of the package.

“What do you love? Singing in it? Dancing in it?”

“None of the above.” The sound of it was enough.

“Hate to rain on your exit parade, but if anyone is leaving, it’s me.”

“Stop thinking,” he said, interrupting, and yet his voice was gentle. “We agreed to make the best of this. Don’t flake on me now.”

Her gaze fell to his hands gripping the rail. In the movie, he’d gripped the steering wheel of his sports car in the same way. To take her mind off the soft color of his eyes, his gentle voice, firm grip and sculpted arms, Nina turned away and focused on the view. The palm trees swayed in the rain. Below, a cluster of tourists stood outside the hotel gates. Once dubbed the Playboy Mansion of the South, it was a Miami Beach tradition to pose on the stone steps—even in the pouring rain.

“Did I ever tell you about the time I worked here as a valet attendant?”

She had read about that online, but she couldn’t tell him that. “When would you have told me, JL Knight? We’ve just met.”

“Call me Julian,” he said. “Trash this hotel suite if you like. I don’t care. But I insist you call me Julian.” 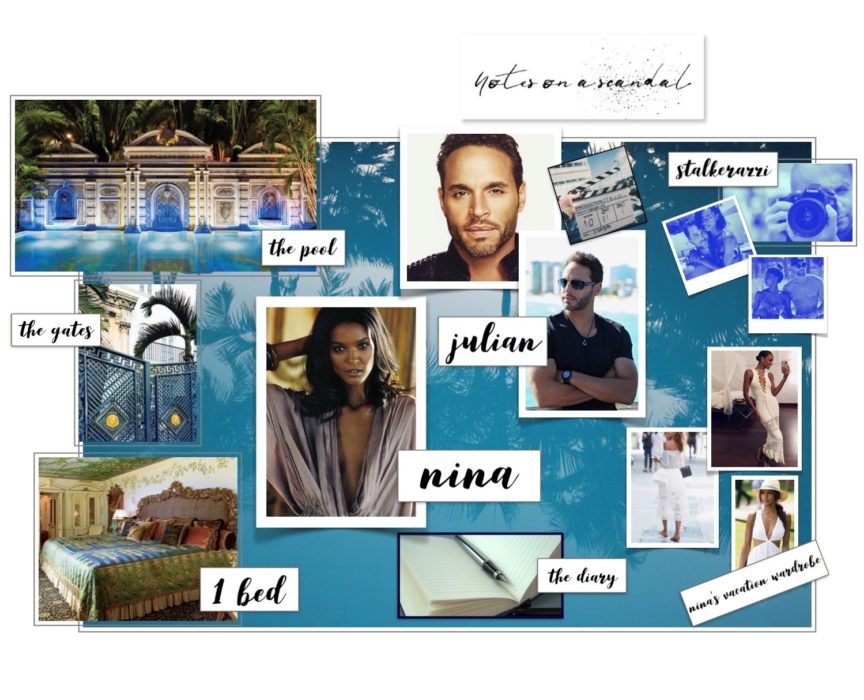 Haitian-American author Nadine Gonzalez is an attorney and lives with her husband and son in Miami, Florida. She writes contemporary romance featuring Latinx and African American heroines who get the man, the career, and the life of their dreams.

Hi, I'm Sil! 21. Mexico. she/her pronouns. I am the owner of the book blog, The Book Voyagers, where I blog and review books. Mainly, I focus on recommending and reviewing diverse books written by marginalized authors. You might also know me for doing book aesthetics and just shouting in capital letters about new books releasing. I'm a big fan of Adult Romance, but I also love Young Adult especially contemporary fiction and fantasy.
All Posts
PrevPreviousExclusive: Act Your Age, Eve Brown by Talia Hibbert Cover Reveal!
Next10 MG and YA Books for Back to School by Stephanie ElliotNext