Exclusive: Scot Under the Covers by Suzanne Enoch Excerpt 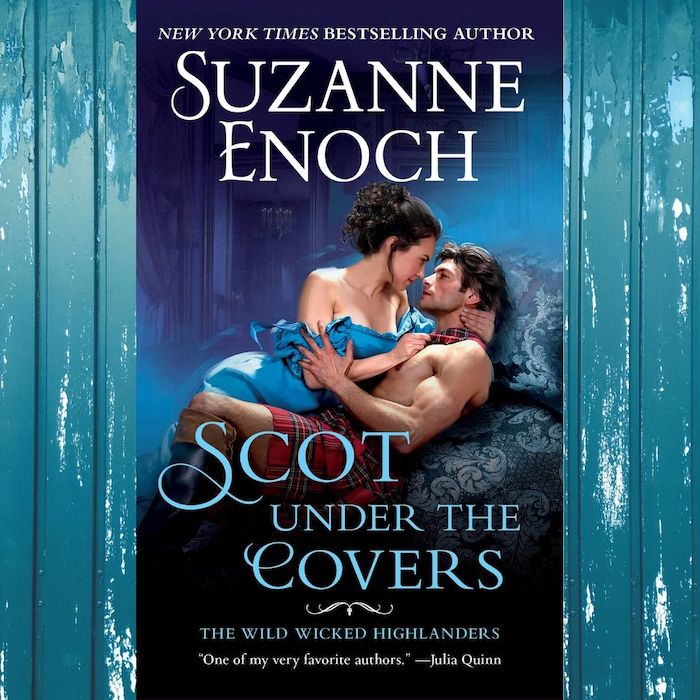 We are so excited to bring you an exclusive excerpt of Suzanne Enoch’s Scot Under the Covers, out January 28th!

About Scot Under the Covers:

Miranda Harris is known for her charm, wit and ability to solve any problem she encounters. But when her brother lands neck-deep in gambling debt to a crafty villain and Miranda is subsequently blackmailed into marrying him, she must enlist help from the devil himself to save the family honor — and herself.

Roguishly handsome Highlander Aden MacTaggert knows next to nothing about the ways of the ton, but he most certainly knows his way around gaming halls and women’s hearts. Still, Aden is not sure how he’ll manage to find a Sassenach bride in time to save his family’s inheritance. When his almost sister-in-law Miranda comes to him for assistance, he proposes a partnership: She will help him navigate London society and he’ll teach her everything about wagering…and winning back her freedom. The beautiful, clever lass intrigues Aden — but is she playing her own game, or are the sparks between them real? He is accustomed to risking his pocket. But betting on Miranda’s love is a game he can’t afford to lose.

Miranda Harris sipped a glass of Madeira, her attention on the pairs and trios of guests as they emerged from the crowded hallways of Gaines House and flooded into the ballroom. Thus far no one else wore the same deep-yellow chiffon with light-green lace and trim she’d acquired just yesterday, but even if it didn’t happen tonight it wouldn’t be long before she set eyes on her apparel twin. The color was simply too vibrant to pass by, and Mrs. Allen the dressmaker had confessed that she’d acquired a great quantity of the very expensive material from Paris.

Her friends strolled into Gaines House in drips and droves, favoring her with waves and smiles and motions to join them for conversation. For the moment she put them off; the soiree would last well into the wee hours of morning, and she very much enjoyed watching the newly arrived guests. Not that she looked for anyone in particular, though it would be fortunate if she noted when Aden MacTaggert arrived.

It had been bad enough when she only knew him by reputation; now that they’d met—and with silly Eloise actually trying to make a match of them, for goodness’ sake—she found him even worse than she expected. He didn’t look at all like an inveterate gambler should. Not a hint of narrow, suspicious eyes or the odor of cigars and alcohol, no stringy, unkempt hair or rumpled clothes. His accent seemed intended to be charming rather than menacing, not that she found him to be anything other than…just someone to be avoided.

“Could I fetch you a glass, Mia? They have an orange punch that looks passable.”

Lady Caroline Mays, Miranda faced her brother. One evening of being complimented as shining like the sun would have been lovely, but she did still adore her new gown. “That’s the third time you’ve offered me a beverage, Matthew. Why are you my shadow this evening? Why aren’t you lurking about the doorway, waiting for Eloise?”

“It’s already dreadfully warm in here and I thought you might be thirsty, Eloise sent over a note earlier that she won’t be arriving until half nine, and I’m your brother. Why shouldn’t I dance attendance on you? Or would you rather stand beside Mother and Father as they get their ears talked off by the Applethorpes?”

Miranda grimaced. The last time she’d spied her parents by the library door, the Applethorpes had still been chatting at them. “Very well. I concede I am perhaps a little grateful not to have to listen to Mr. Applethorpe’s tales of fighting those upstart Colonials again. Orange punch, if you please.”

With one of his affable grins her brother bowed and disappeared in the direction of the nearest refreshment table. She might have found his information about the expected arrival time for the MacTaggerts helpful, but he had no cause to know that. At least she could put Aden MacTaggert from her thoughts now, though she had no idea why she kept conjuring him, anyway. Perhaps it was because he should look as odious on the outside as a gambler was on the inside, and he simply didn’t. Annoying man.

A group of her friends had begun forming at one end of the room, but for the moment she remained content to observe, and to look for more yellow chiffon gowns. At least Mrs. Allen had cut the two dresses differently. While Lady Caroline’s boasted half sleeves and a straight neckline, her own had a gathered waist, short, puffed sleeves, and a deep, rounded neckline her mother had deemed “nearly scandalous.” Miranda liked being in the “nearly” category. It made her feel a little daring while never earning her more than the occasional raised eye- brow from the powdered wig-wearing set of elders.

“Here you go,” Matthew said, handing over the brimming glass of orange-colored liquid.

“Thank you.” She took a sip. Oh, good heavens. Lady Gaines had clearly been experimenting with her culinary creations again. Orange and…oh, crushed marigold? Miranda put her hand over her mouth to keep from spitting it out. The marigold explained the dark, vibrant color, but in that concentration, it was unbearably bitter. “Sweet angel of mercy,” she gasped. “That would curl the wallpaper.”

“Would it? Hand it over,” her brother demanded.

Giving it back to him, eyes watering from the bitterness of it, she pulled a handkerchief from her reticule and dabbed at her eyes. Lady Gaines must have decimated an entire field of marigolds. No doubt their hostess had been attempting to find the perfect orange color rather than bothering over the taste of the concoction.

He tasted it himself, because of course he would. With a grimace he put it on the tray of the nearest passing foot man. “With a pint — or a gallon — of vodka added, I imagine it would be nearly tolerable,” he commented, then cleared his throat. “You are dancing this evening, aren’t you?”

“Of course. I missed the last three grand balls tending Aunt Beatrice and the babies. They are darlings, and I don’t begrudge them a moment of the weeks spent away from London, but it is nice to be back again. And to not find dried porridge in my hair.”

When Matthew didn’t respond to that she glanced over at him, to find his attention on the doorway. Lord George Humphries stood giving his greetings to Sir Eldon Gaines and his wife Lady Harriet, but her brother’s gaze was on the tall man in the naval captain’s uniform beside Lord George.

“Who is that?” she asked, taking in the deep-set eyes beneath a prominent brow, the narrow, thin-lipped mouth, and the long, straight, down-angled nose in between. With short, upright brown hair to complete the ensemble, in profile he looked rather like a crested bird of prey, a blue-dressed falcon grown too large for perching in trees.

“Hm?” Matthew started a little as he turned to look at her.

“Who is that with Lord George?” she repeated.

“Oh. It’s his cousin. Captain Robert Vale. He’s been in India for a time.”

That would explain why she didn’t recognize him. Lord George and her brother practically lived in each other’s pockets, after all, and at three-and-twenty this was her fifth Season in London — yet her first sighting of this species of falcon. “Is he here on leave then, or—”

Matthew offered his arm. “Come on. I’ll introduce you. 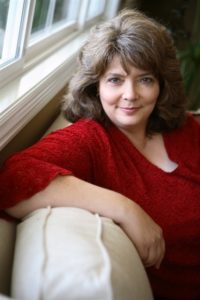 A native and current resident of Southern California, Suzanne Enoch loves movies almost as much as she loves books, with a special place in her heart for anything Star Wars. She has written more than fifty Regency novels and historical romances, which are regularly found on the New York Times bestseller list. When she is not busily working on her next book, Suzanne likes to contemplate interesting phenomena, like how the three guppies in her aquarium became 161 guppies in five months. Some of Suzanne’s books include Barefoot in the Dark, It’s Getting Scot in Here, Lady Whistledown Strikes Back and The Legend of Nimway Hall.

Where to Find Suzanne:

Keira Soleore writes for the International Examiner and Cogitations & Meditations. She enjoys connecting with readers on Twitter (@keirasoleore) and through her website (www.keirasoleore.com). Her interests include medieval manuscripts, philosophy, poetry, picture books, choir, sunshine and beaches. Keira is a pseudonym.
All Posts
PrevPreviousPerfect Pairings: Books and Halsey Songs!
NextDaily Frolic: You Need to Follow this HedgehogNext