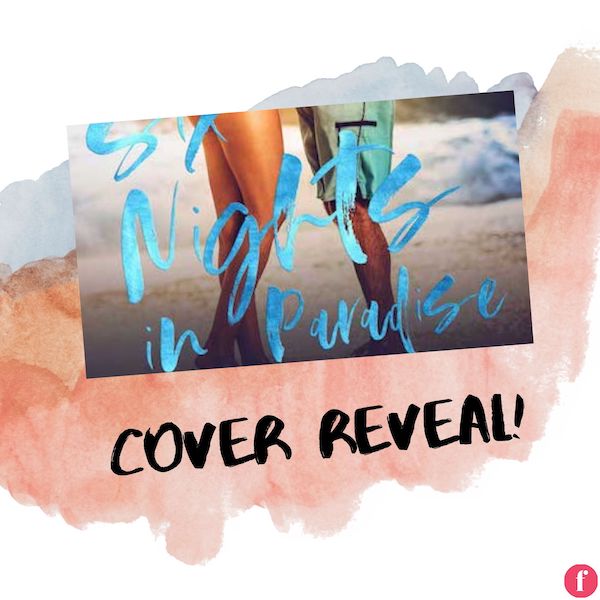 We are so excited to bring you the cover reveal and exclusive excerpt for Six Nights in Paradise by Ashley Cade, out July 16th 2020! 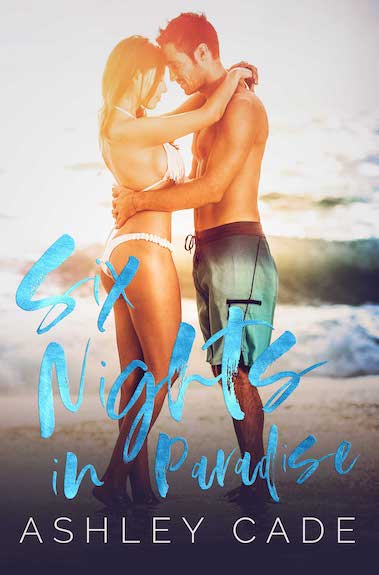 About Six Nights in Paradise:

She was off limits.
My best friend’s little sister.

He warned me away from her once and I’d respected his wishes, but six nights alone with her in a tropical paradise tests my loyalties.

When my fiancé calls off our wedding with only days to spare, I’m left with two non-refundable tickets to our honeymoon. The only person available to take her spot: Taylor Wesley.

I try to keep my word and keep my hands to myself, but some temptations are too hard to resist. The passion between us explodes like a stick of dynamite. With a connection this hot, someone is bound to get burned.

I turned to glare at Dalton for interrupting my fun, but he invaded my space, pulling me into his chest before I had a chance. He began to move immediately as the music crescendoed, returning to its previous intensity. Wayne Wonder’s “No Letting Go” set the tempo for our first dance of the evening. I hoped he’d listen to the words and stop holding back. I wanted him to let loose and let me in, but I doubted he would.

I was so in shock that he was dancing with me and that he’d permitted us to get so close, allowing so much of our bodies to touch that at first, I didn’t pay any attention to how he danced. But as Shakira began to croon and Wyclef spit his rhymes, I started to realize that he could really move.

Dalton James knew how to dance.

I’d never seen this side of him before. During the few high school dances I’d seen him attend, he mostly stood off to the side with the rest of the guys who refused to step foot on the dance floor unless they were dragged there for a slow dance by their dates.

His body moved fluidly to the rhythm. It was sensual, especially with one leg wedged between mine and his arm wrapped around my waist. His eyes locked onto the stretchy black material sliding up my thighs as my knees bent and widened, my hips curving and swirling, and I realized he could probably see my panties. I’d never been more thankful for the black lace thong barely covering my lady bits than I was at that very moment.

He lifted his head and his gaze found mine. His eyes drifted to my mouth and settled there for several seconds. Was he going to kiss me? Something resembling pain flashed across his face and the moment was lost.

What the hell was that?

He stepped away and turned my body much like Nico had, but I suspected it was so he didn’t have to look at me, and that stung. Two seconds ago he looked so intense and aroused, why would he turn away now?

The answer pressed into my lower back as the music changed once again, and I gasped. Kevin Lyttle’s “Turn Me On” began to play as Dalton clamped one arm around my middle and clasped his other hand over mine, aligning our arms. We rolled our hips in tune with each other, our skin slickening with sweat. Aside from his accidental groping that morning, this was the closest we’d ever been, but it still wasn’t close enough. I wanted him inside me. His tongue, his fingers, the hardened length pressed against my back. I wanted it all.

When the music ended, he released me and stepped back. I turned to face him, noticing how tense he looked as he ran his fingers through his hair. “Do you want another drink?” he asked, and I shook my head. I was sobering up and all I wanted was him. “Are you ready to go?” He sounded breathless, and I felt it all the way to my core.

Did I do that to him?

He didn’t reach for my hand this time, but I still followed him. The night air chilled my overheated body as soon as we stepped outside. Dalton stormed down the street and I had to jog to catch up with him.

“Wait up!” I called and he slowed.

“Sorry,” he mumbled an apology over his shoulder, continuing to plow past the crowd.

“Do you wanna talk about what happened back there?”

He finally stopped and turned to face me. “What are you talking about?”

“I’m talking about that dance.” I motioned back toward the club, my tone conveying my meaning. It was more than just a dance and he knew it.

He studied me carefully for a moment, a silent war being waged in his mind. When he finally spoke, I had to fight back tears of frustration.

“It was just dancing,” he claimed, his eyes skittering past me, taking in the people passing by us.

I knew better than to speak past the emotion clogging my throat. I knew my voice would crack and tears would spill down my cheeks if I tried to refute him.

“Right.” I nodded my head and looked away, suddenly too exhausted and embarrassed to continue this conversation. There was no way I was imagining things this time. He was attracted to me. He wanted me. The proof was right there, poking me in the damn back.

Six Nights in Paradise will be a Kindle Unlimited Release!

Ashley Cade is an author and book lover living in Ohio with her husband and two sons. She’s loved reading since childhood and has always enjoyed creating characters and stories. She finds inspiration everywhere: a song on the radio, a person she passes on the street, a place she’s visited on vacation. She lets her imagination run wild and her fingers do the typing.

Where Romance and Pop Culture Live Happily Ever After.
All Posts
PrevPreviousBlack Romance Booktubers to Follow
NextYA Romances by Black Authors to Add to Your TBR Right NowNext