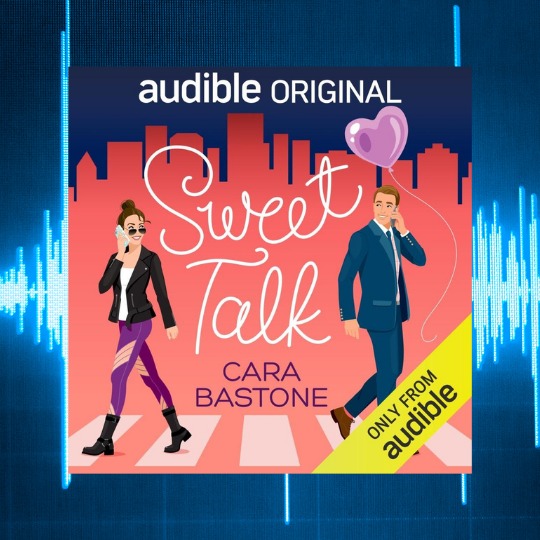 Hi! Sil here. Today rather than revealing a book cover, why not share a sneak peek of one of my most anticipated releases for this year? It’s an excerpt but this time around we’re doing it in audio format. Because Sweet Talk by Cara Bastone is an Audible Original which means it’s an audiobook! This funny romance is releasing on April 22nd. You definitely should be reading all the Cara Bastone books out there, especially her hilarious audiobooks. 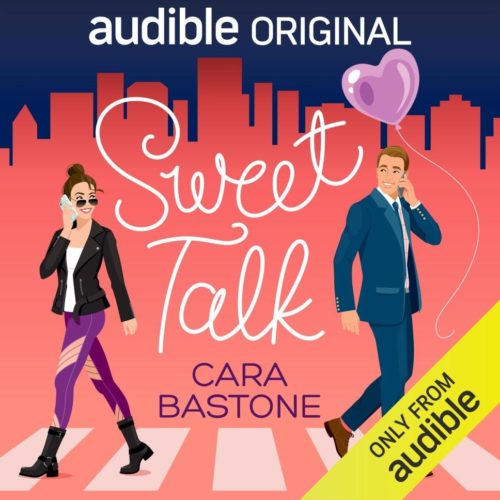 It’s officially booty o’clock, I’m alone again in my kitchen choking down a slice of terrible chocolate cake…and I’m pretty sure I just got drunk texted by the man I have a ginormous crush on.

I’ve been daydreaming about Eliot Hoffman’s dimples for two months, and even though I’m sure this was a mistake on his end, it doesn’t mean it’s not an opportunity on mine. It’s the middle of the night, and I just wanna talk to him. So I text him back.

And then somehow we keep talking…ALL NIGHT. We’re both insomniacs, so talking all night soon turns into talking EVERY night.

And here we go from in-depth analysis of reality TV to my relationship with my family to his amazing artwork. There’s no topic we don’t cover…

Except for who I really am. It’s the only question of his I won’t answer.

As my crush turns into an avalanche of Eliot, I think of him all the time now. But if he knew who I was, the entire house of cards we’ve built this relationship on would come toppling down. I want him to be mine, but we might never be more than just a sweet dream….

I’m a full time writer living and writing in Brooklyn with my husband, son, and an almost-goldendoodle. My goal with my work is to find the swoon in ordinary love stories.

I’ve been a fan of the romance genre since I found a grocery bag filled with my grandmother’s old Harlequin Romances when I was in high school. I’m a fangirl for pretzel sticks, long walks through Prospect Park, and love stories featuring men who aren’t crippled by their own masculinity.

Hi, I'm Sil! 21. Mexico. she/her pronouns. I am the owner of the book blog, The Book Voyagers, where I blog and review books. Mainly, I focus on recommending and reviewing diverse books written by marginalized authors. You might also know me for doing book aesthetics and just shouting in capital letters about new books releasing. I'm a big fan of Adult Romance, but I also love Young Adult especially contemporary fiction and fantasy.
All Posts
PrevPreviousDip Your Toes Into this Excerpt from Bookshop by the Sea by Denise Hunter
NextWeekend Podcast Guide: Sea Shanties and MoreNext