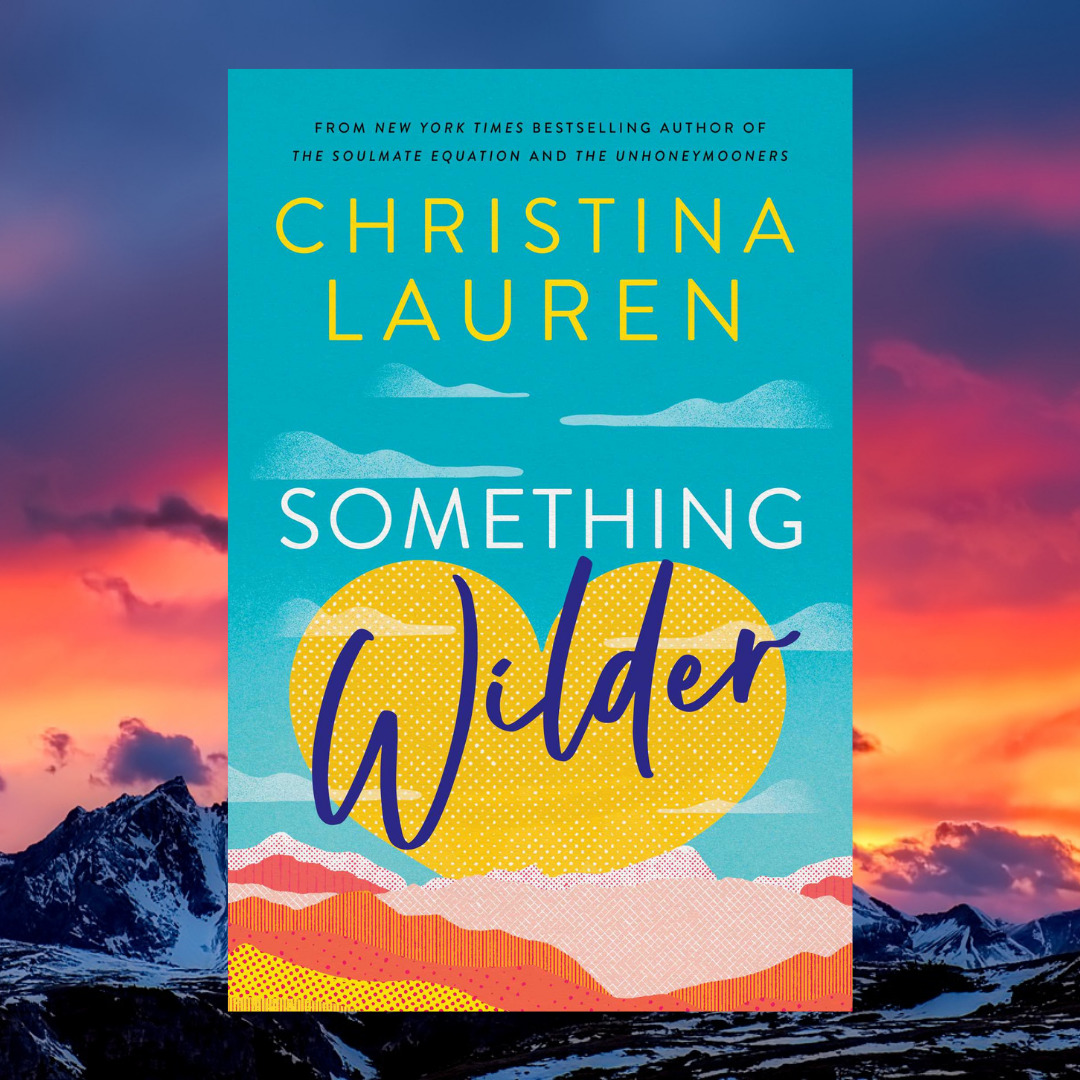 We are so excited to bring you this exclusive excerpt from Something Wilder by Christina Lauren! 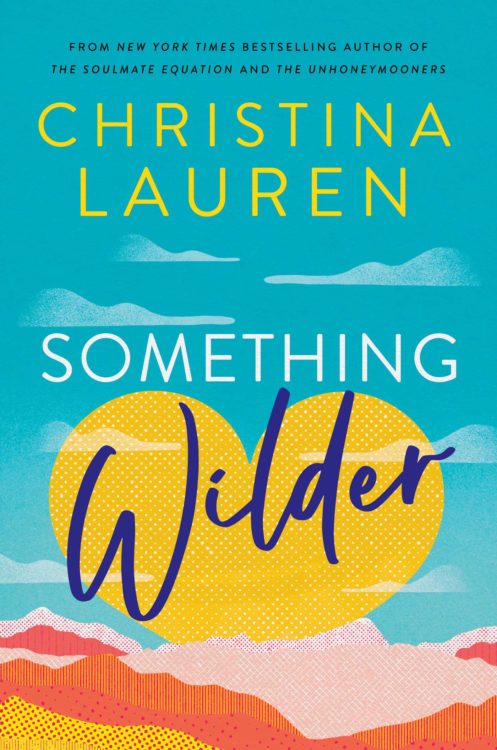 Growing up the daughter of notorious treasure hunter and absentee father Duke Wilder left Lily without much patience for the profession…or much money in the bank. But Lily is nothing if not resourceful, and now uses Duke’s coveted hand-drawn maps to guide tourists on fake treasure hunts through the red rock canyons of Utah. It pays the bills but doesn’t leave enough to fulfill her dream of buying back the beloved ranch her father sold years ago, and definitely not enough to deal with the sight of the man she once loved walking back into her life with a motley crew of friends ready to hit the trails. Frankly, Lily would like to take him out into the wilderness—and leave him there.

Leo Grady knew mirages were a thing in the desert, but they’d barely left civilization when the silhouette of his greatest regret comes into focus in the flickering light of the campfire. Ready to leave the past behind him, Leo wants nothing more than to reconnect with his first and only love. Unfortunately, Lily Wilder is all business, drawing a clear line in the sand: it’s never going to happen.

But when the trip goes horribly and hilariously wrong, the group wonders if maybe the legend of the hidden treasure wasn’t a gimmick after all. There’s a chance to right the wrongs—of Duke’s past and their own—but only if Leo and Lily can confront their history and work together. Alone under the stars in the isolated and dangerous mazes of the Canyonlands, Leo and Lily must decide whether they’ll risk their lives and hearts on the adventure of a lifetime.

He struggled a bit with the lock picking but still made it out before Bradley solved the code. Terry made it through the code quickly, but there was no hope for anyone else. Lily didn’t think anyone in the history of Wilder Adventures had finished the sequence of challenges faster than Leo. He had a lasso made and wrapped around his hay-bale-steer’s horns in under a minute, and surprised even Lily when he hit the third bullseye in archery and then slowly turned, lowering the bow in his arm as he looked over at her.

“Is that everything?” he asked.

“You showing off?” she replied.

He reached up, scratching his eyebrow and squinting at her, backlit by the sun. “Maybe a little.” His gaze burned briefly, only a flicker of heat, but she caught it. “Had to remind myself that once upon a time I was good at something other than sitting at a desk.”

The unexpected vulnerability in his tone hit her like a punch to the stomach. “And? Are you satisfied?”

Her breath froze in her chest. Lily had been all wrong; she’d been worried that the pieces of Leo that differentiated him from every other man were gone, muted somehow in the intervening years. But present-day Leo wasn’t cold, he’d just been stunned into silence at their unexpected reunion. That shock was ebbing. She could see with her own two eyes that he was still the paradoxical brew of hot-blooded and restrained she’d fallen for years before.

And heaven help her. It was warm out and he was all male physicality and testosterone. Leo had changed into a black t-shirt and the sleeves hugged his broad shoulders. His jeans hung low on his hips, well-worn and soft. The size thirteen boots Lily had tossed at him only this morning were dusty, soft brown leather.

Lily couldn’t help the laugh that came out of her like a celebration. She wanted to hate him. She wanted to resent this man forever. But how could she? Whether he was aware of it or not, he was looking at her like she was the prize at the end.

She blew the whistle again, and all around her, activity stopped. “Gentlemen, we have a winner.”

Walter let out a delighted laugh. But Terry narrowed his eyes, throwing down his rope. “You didn’t check his code.”

“Didn’t need to,” Lily said, and turned her eyes to Leo. “What’s the answer?”

He lifted one side of his mouth into a smile. “‘Whatever Lily Wilder says, we do.’ It’s a Rot Cipher.”

“Goddamnit,” Bradley said. “How’d you know all that?”

And then they were staring at each other. It was probably too long. Then it was definitely too long, but something happened in the depths of it. A tether, connecting them across time.

When they failed to look away, a murmur of awareness passed around the group.

“Wait,” she heard Walter whisper. “Bradley, her name is Lily Wilder. Wasn’t that—?”

“Oh shit,” Bradley whispered. “You’re right. She owned the ranch he worked at, didn’t she?”

“She sure did,” Lily said. Anger, attraction, and confusion created friction in her bloodstream. The cat was out of the bag, and it was her fault. She knew it. But what could she do? She’d been completely unraveled watching Leo in his element like this. “Leo and I go way back, don’t we?”

Leo nodded slowly, exhaling. “We do.”

And even with their past out there for everyone to see, the heated moment didn’t immediately break off. Unfortunately, for her own sanity, she needed it to.

“All right then,” she said, wrenching her gaze away. “Y’all read the code. Gossip time is over, and Lily Wilder wants you to get cleaned up and set up your tents.”

Christina Lauren is the combined pen name of longtime writing partners and best friends Christina Hobbs and Lauren Billings, the New York Times, USA TODAY, and #1 Internationally bestselling authors of the Beautiful and Wild Seasons series, Dating You / Hating You, Autoboyography, Love and Other Words, Roomies, Josh and Hazel’s Guide to Not Dating, My Favorite Half-Night Stand, and The Unhoneymooners. You can find them online at ChristinaLaurenBooks.com.