Exclusive: Stages of the Heart by Jo Goodman Excerpt 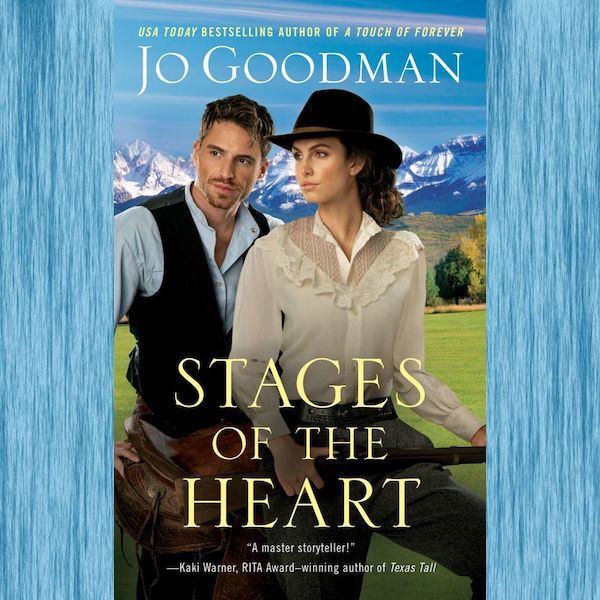 Jo Goodman has long been my favorite writer of historical and contemporary western romance. So I am very excited to bring to you an excerpt of Stages of the Heart. –Keira

About Stages of the Heart:

Experience has taught Laurel to be suspicious of the men who pass through Morrison Station. She’s been running the lucrative operation that connects Colorado’s small frontier town of Falls Hollow with the stagecoach line since she inherited it from her father, and she’s not about to let some wandering cowboy take over the reins. But newcomer McCall Landry isn’t just any gunslinger. He seems to genuinely care for Laurel, and with his rugged good looks and mysterious past, he could be the one man to finally tempt her off track.

Call Landry doesn’t expect much from Falls Hollow. He doesn’t expect much from anything anymore. But Laurel Morrison took him by surprise when she put in a good word for him, a virtual stranger, after the stagecoach was robbed — and she keeps taking him by surprise. Charmed by her clever wit and fierce loyalty, Call finds himself falling hard. Now all he has to do is convince her he means to stay — in her bed, in her life, and in her heart.

Laurel waited for his hand to drop away.  When Call leaned back and folded his arms across his chest, she said, “I haven’t changed my mind.  I did what you asked me to do.  I thought about what I wanted.  I thought about it a lot.  Nothing’s changed.  If anything, my mind’s more settled.  I want you to be the man in my bed…you know, to teach me.”

Every vestige of humor was absent from Call’s features now.  “You said some things out there on the trail that I’ve been wondering about.”

“You don’t want to be courted.”

“It seems unnecessary, don’t you think?”

“Maybe.”  He tilted his head to one side as his eyes rested on her face.  Her dark gaze was without guile.  She wasn’t teasing him.  It was her mouth, though, her perfectly shaped mouth with its full lower lip that dispelled the impression of innocence, especially when she opened it and sass spilled out.  It was perhaps unfortunate for him that he liked her sass.

“You told me you aren’t looking for a marriage proposal,” he said.

“And you have no interest in being a wife.”

“You’re remembering it all quite well.”

“There was one more thing.”

Laurel nodded.  Against her will, she could feel heat creeping into her cheeks.  She might wish he wouldn’t repeat it, but she couldn’t very well ask him not to.

“You said you’re in no danger of falling in love with me.  Do I have that right?”

“Hmm.  I wonder if during my absence you might have considered what I want.”  When she had no immediate response, he cocked an eyebrow and waited her out.

“I thought those things I said were what you wanted.  I thought they were holding you back and that it would ease your mind to hear me say them.  I asked you once when we were sitting on the porch together if you were courting me.”

“I remember.  You were teasing.”

“Doesn’t matter.  You almost choked on the notion.”

“I was teasing you.”

“Really?  Because it didn’t seem that way.”

“All right.  Maybe I wasn’t teasing, but I’ve warmed to the idea since.”

One of Laurel’s eyebrows rose in a perfect arch.  “You want to court me?  I don’t believe you.”

“Huh.  I hadn’t anticipated not being believed.  Should I pick some flowers and bring them to you?  Ask you to walk with me?  Maybe we could actually share that porch swing in front of witnesses.”

In spite of herself, Laurel’s lips twitched.  “You’ve made your point.  Please stop.  Please.”

Call pressed his lips together but only long enough to lull her into thinking he was done.  “About that marriage proposal.”  He ignored her soft groan.  “As you indicated, courting generally leads to that end, so I’ve been thinking about it and proposing marriage doesn’t sound as disagreeable as you made it seem.”  He put up a hand when he saw she was about to speak.  “Doesn’t mean you have to say yes.  You have to keep that in mind.”

She snorted lightly.  “Be careful, Call.  I might say yes just to see you run for the hills.  That’d be a sight.”

“I suppose it would, but you shouldn’t count on it.”  He observed that Laurel took him seriously because she sobered.  “As for you not wanting to be a wife, well, that’s tricky.  Marriage makes a woman a wife by definition.  Now I don’t hold to all the conventions, so if the woman I marry wants to call herself a companion, a friend, a lover, a partner, well, I’m good with that.”  He paused.  “Are you tempted yet?”

Laurel feigned surprise.  “Oh, you were talking about me?  I thought you were speaking about the woman you marry.”

“Amusing,” he said in a way that let her know it was not.  “As for your last statement about you being in no danger of falling in love with me, well, that struck me as kinda worrisome.  I mean it could easily go the other way.  You understand what I’m saying?”

“I’m trying to figure out what happens if I fall in love with you.” 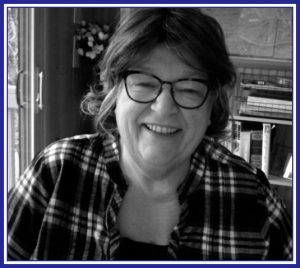 Jo Goodman is the USA Today bestselling author of numerous romance novels, including the Cowboys of Colorado series and the McKenna novels, and she is also a fan of the happily ever after. When not writing, she is a licensed professional counselor working with children and families in West Virginia’s Northern Panhandle.

Where to Find Jo:

Keira Soleore writes for the International Examiner and Cogitations & Meditations. She enjoys connecting with readers on Twitter (@keirasoleore) and through her website (www.keirasoleore.com). Her interests include medieval manuscripts, philosophy, poetry, picture books, choir, sunshine and beaches. Keira is a pseudonym.
All Posts
PrevPreviousLet’s LIFT for Autism 2020!
NextExclusive: The Bro Code by Elizabeth A. Seibert Cover RevealNext